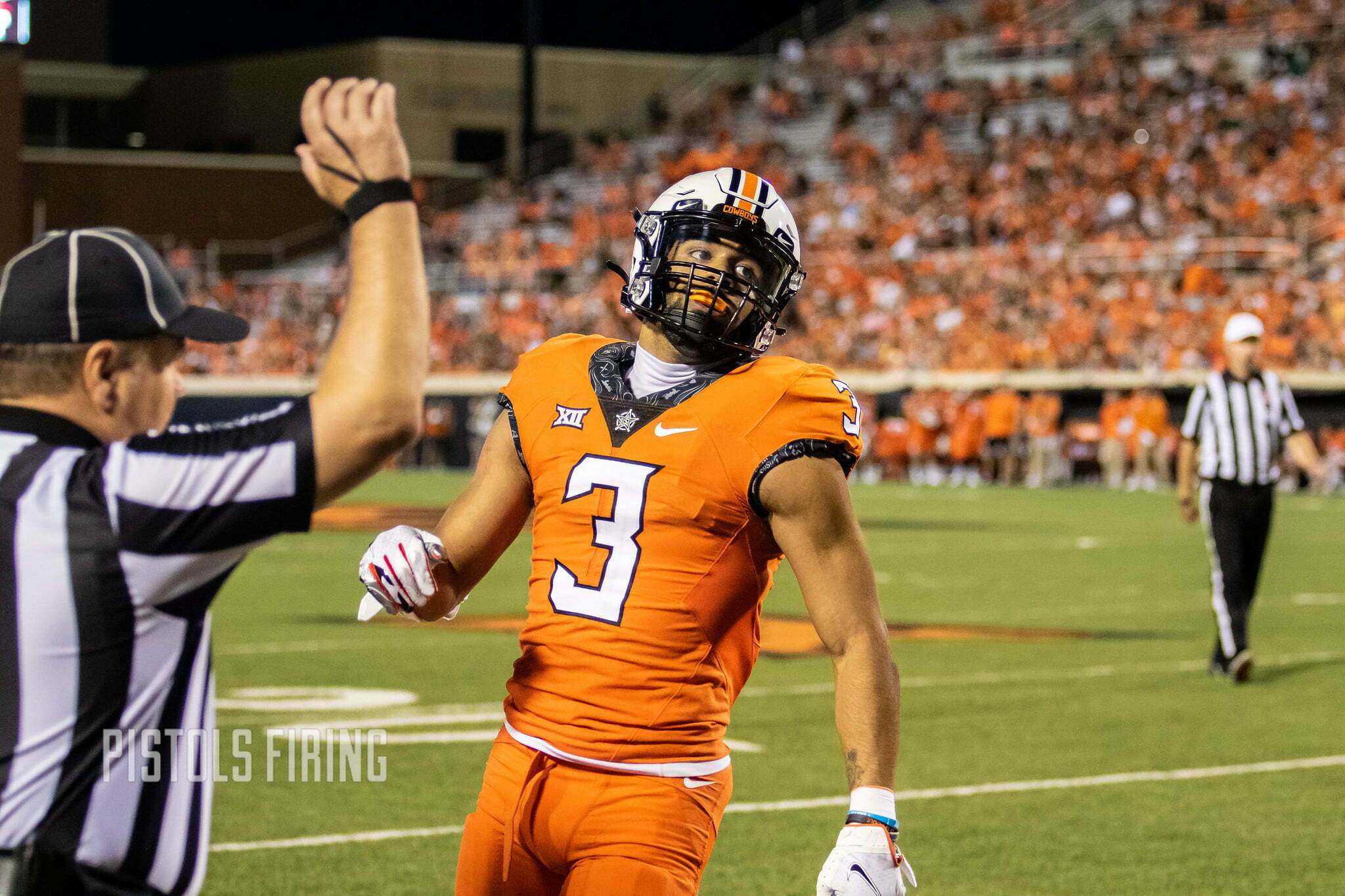 Tre Sterling missed the first half of the Cowboys’ game against Tulsa last week; he’ll miss the whole thing in Boise.

Sterling is one of a handful of the Cowboys’ projected starters out for Oklahoma State’s Week 3 matchup against Boise, according to Dave Hunziker on OSU’s pregame radio show. Joining Sterling on the injury list are receivers Tay Martin, Braydon Johnson and Jaden Bray. Running back Dez Jackson will also miss the game. He picked up a knock against Tulsa. Cowboy back Logan Carter will also miss the game. He hasn’t played at all this season.

Sterling’s absence is undisclosed. In his spot, expect Jason Taylor to start, as he did last weekend.

Hunziker reported that redshirt freshman Rashod Owens is expected to start at the outside receiver spot opposite Bryson Green. Owens had a catch and 28 yards against Missouri State. Martin started the first two games at that spot, but injured his ankle against Missouri State and played only two plays against Tulsa.

In Martin’s place, Bray, a true freshman, caught six passes for a team-best 136 yards on the season, but as mentioned, he is also out Saturday night.

Seven wide receivers have caught passes for OSU this season, and three of those guys are out with injuries. According to pictures OSU has posted on social media this weekend, Blaine Green made the trip up to Boise. He missed OSU’s first two games after being listed as a starter on OSU’s first two-deep.

There is some good news for the Pokes on the injury front. Hunter Woodard is expected to start at right guard, according to Hunziker. Woodard was listed as the starter at that spot in OSU’s first two-deep of the season, but an injury has kept him out to this point.