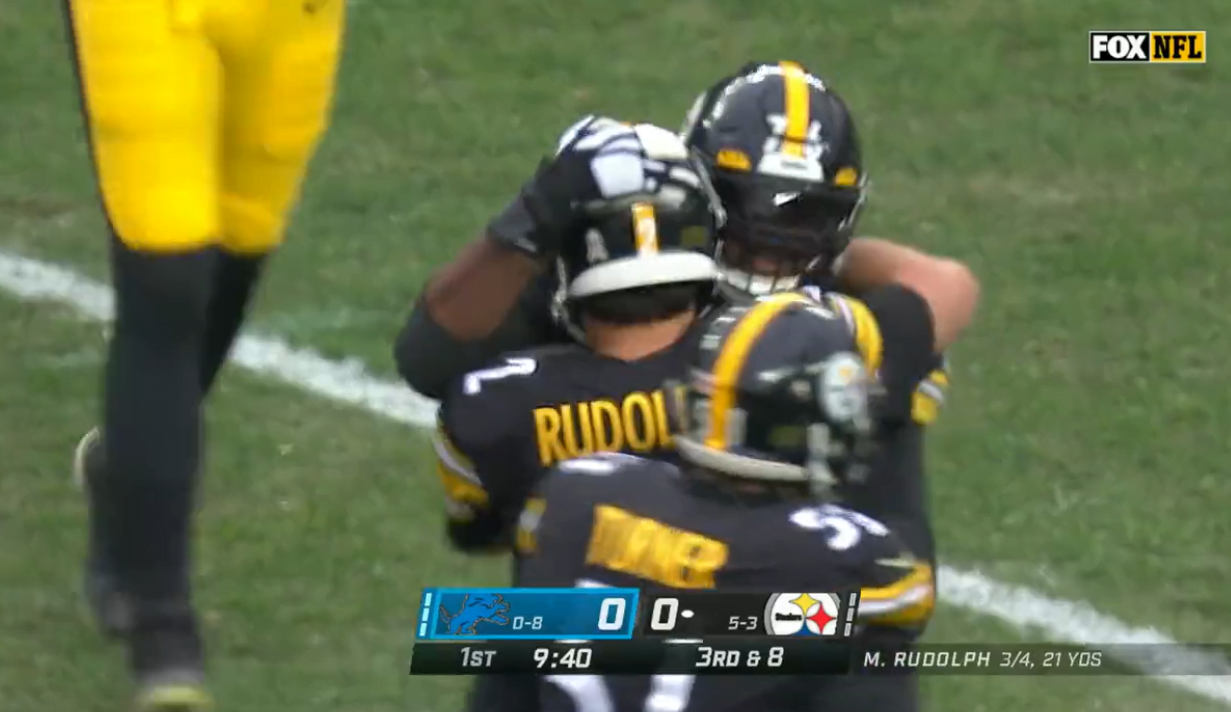 Playing in place of injured or sick starters, Mason Rudolph and James Washington on Saturday made the most of their opportunities against the Detroit Lions by rekindling their old connection for a score in the end zone for the Pittsburgh Steelers.

The touchdown, in which Rudolph hit Washington for an easy pitch and catch in the back of the end zone, was the first score for either team in the Steel City as the Steelers jumped out to an early 7-0 lead.

Rudolph was thrust into the starting role after Big Ben tested positive for COVID-19 on Saturday. Washington is playing a bigger snap share at receiver after a toe injury by Chase Claypool and a shoulder injury last month to JuJu Smith-Schuster.

The Steelers are 5-3 and still in the playoff hunt despite their injury misfortunes and a win over Detroit — which is 0-8 on the season — would do well to keep them in the mix entering the home stretch of the regular-season.