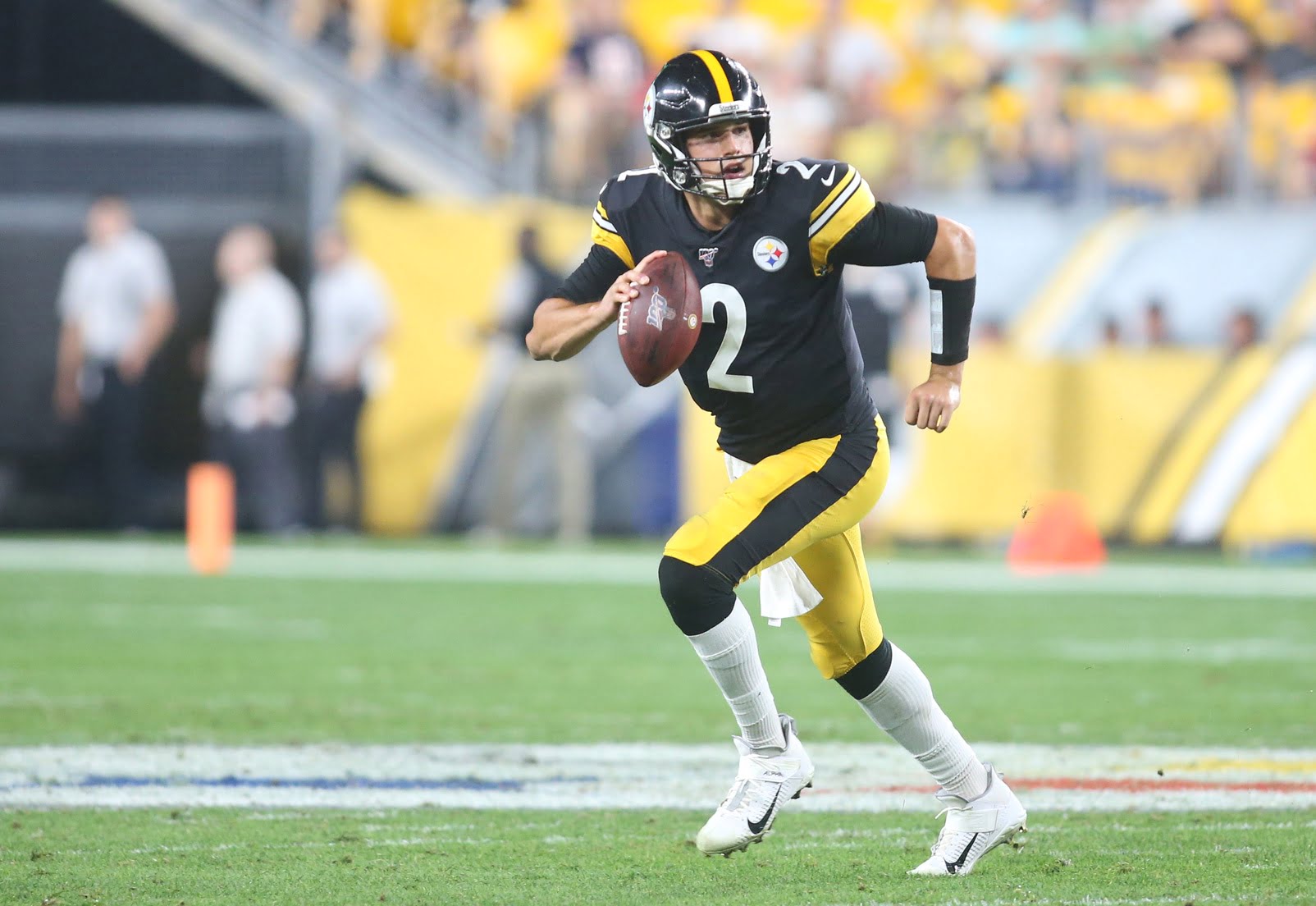 The Pittsburgh Steelers bested the Kansas City Chiefs 17-7 in the teams’ Week 2 preseason tilt and, once again, it was the dynamic duo of Mason Rudolph and James Washington that stole the headlines and lit up social media.

Rudolph and Washington each entered his second NFL preseason with plenty to prove. Rudolph needed to establish himself as a viable backup for Ben Roethlisberger after spending his entire rookie season at QB3. Washington needed show that he had improved enough to warrant a featured role in a Steelers offense sans Antonio Brown.

On Saturday night, both continued building their cases.

Rudolph, still sharing reps with Josh Dobbs and Delvin Hodges, went 10-for-15 for 77 yards. But most importantly he showed the ability to skillfully captain the Steelers offense after a slow start.

After some sloppy overall play by the offense that included dropped passes, fumbles and three penalties, Rudolph and his unit put together a 14-play, 89-yard scoring drive that lasted over eight minutes. (That might have been a record at OSU.) And it began with a familiar target.

Backed up on his own 10-yard line and facing third-and-long, Rudolph fired a laser to Washington in the tightest of windows, reminiscent of so many highlight plays we saw from the pair in college.

The eye-popping plays didn’t end their for Washington. He stretched out for this impressive sideline grab.

And then went deep from Dobbs.

Washington has done nothing but bolster his case through two weeks of preseason play. He followed up his four-catch, 84-yard game against Tampa Bay by going for 78 yards and catching four of his five targets on Saturday night.

Rudolph still has a bit more ground to cover in his quest for QB2 with head coach Mike Tomlin saying that the second-year passer hasn’t yet done enough to separate himself from the pack.

But in both games, he has looked the better of the three QBs who have played and, most importantly, he continues to improve.

But the organization obviously has bigger plans for Rudolph than Dobbs. Otherwise, they wouldn’t have drafted him in the third round last year with Dobbs already on the roster.

Plus, if growth and development were needed before the team allowed itself to elevate Rudolph in front of Dobbs, it is starting to witness that.

The failures of the offense during Rudolph’s drives Saturday night were more a result of spotty play from teammates.

Also, Rudolph kept numerous plays alive by escaping the rush while keeping his eyes down the field. We didn’t see much of that last year. His footwork was a focal point in offseason development, and it’s showing. [Trib Live]

Rudolph and Washington have two more chances to add to their preseason resumes starting next Sunday when the Steelers head to Tennessee to face the Titans. If both continue on their current trajectories, we could be seeing a lot more of one former Cowboy on Sundays and the other could be right where he wants to be, just one play away.