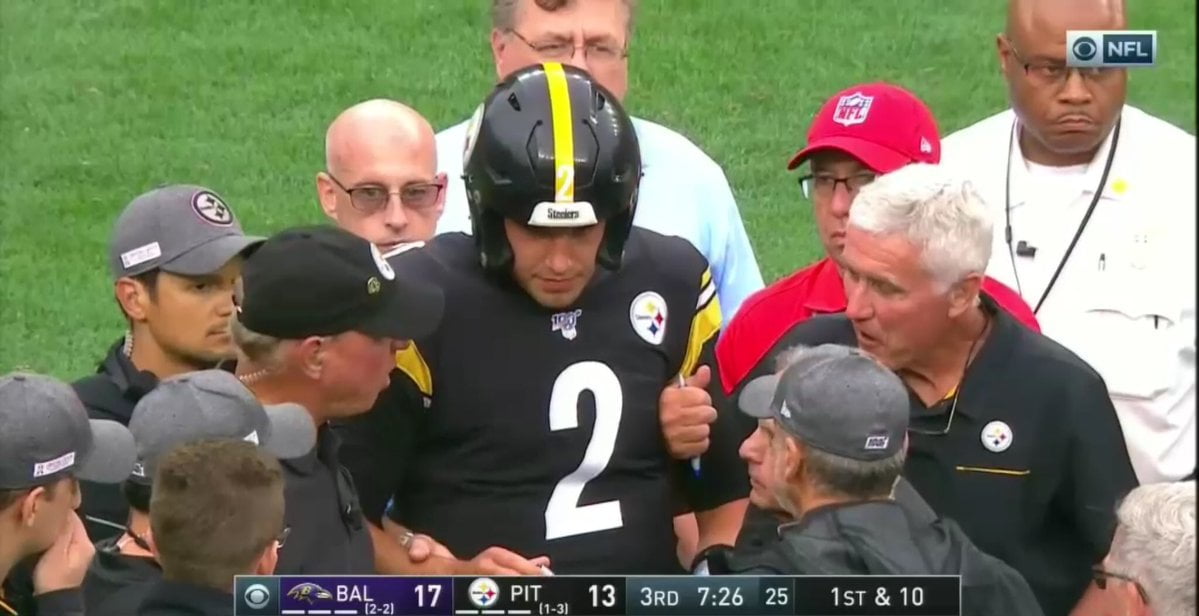 There were scary scenes in Pittsburgh on Sunday.

Mason Rudolph was knocked unconscious on a third-down pass he completed to James Washington with 7:29 to go in the third quarter. After the throw, Rudolph was jammed between two Ravens. Earl Thomas made contact with Rudolph’s head. It looked like that initial contact knocked Rudolph out before Rudolph’s head also bounced off the ground.

Mason Rudolph knocked out on this hit. No flag. pic.twitter.com/zjs92AI904

Despite the scary situation, Rudolph was able to stand up and walked off the field with assistance from teammates. Rudolph’s teammates were visibly emotional while Rudolph was on the ground.

“That is a tough experience,” Juju Smith-Schuster said. “I was just praying to God he gets up. I am praying for a speedy recovery.”

Rudolph was filmed saying, “I’m good,” after the medical staff unscrewed the facemask from his helmet.

The pass to Washington was complete for 26 yards. Rudolph had 131 yards and a touchdown in the game — his third as a starter — before leaving.

He (obviously) will not return.

#Steelers make it official: QB Mason Rudolph will not return to today’s game after being diagnosed with a concussion.

“First and foremost, I want to extend my thoughts and prayers to Mason Rudolph, my draft partner, my guy,” Ravens quarterback Lamar Jackson said after the game. “I just hope he’s doing good.”