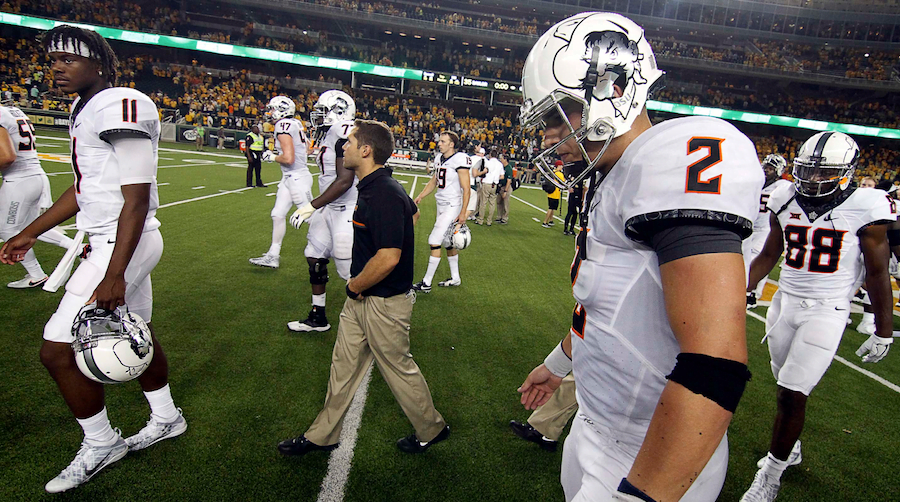 Mason Rudolph and James Washington are returning for their senior years. At least that’s the latest report from The Oklahoman.

Neither player has made any official announcements though. Nothing is set in stone. And quite honestly, it’s a little surprising that any word on their status would be leaked out to the media before the bowl game.

All glory to Him! Let go and let GOD… Last shot with my brothers at the Alamo #gopokesgo

Heck, who really knows.Rudolph has more than 10,000 followers on instagram, so it’s not like he isn’t aware that a caption like this would garner some attention.

Again, even with the latest report being that Rudolph would stay, I would at least be skeptical until they themselves come out to make any announcement. This could ultimately mean nothing. Or it could be a foreshadowing of a future announcement. Guess we will have to stay tuned.