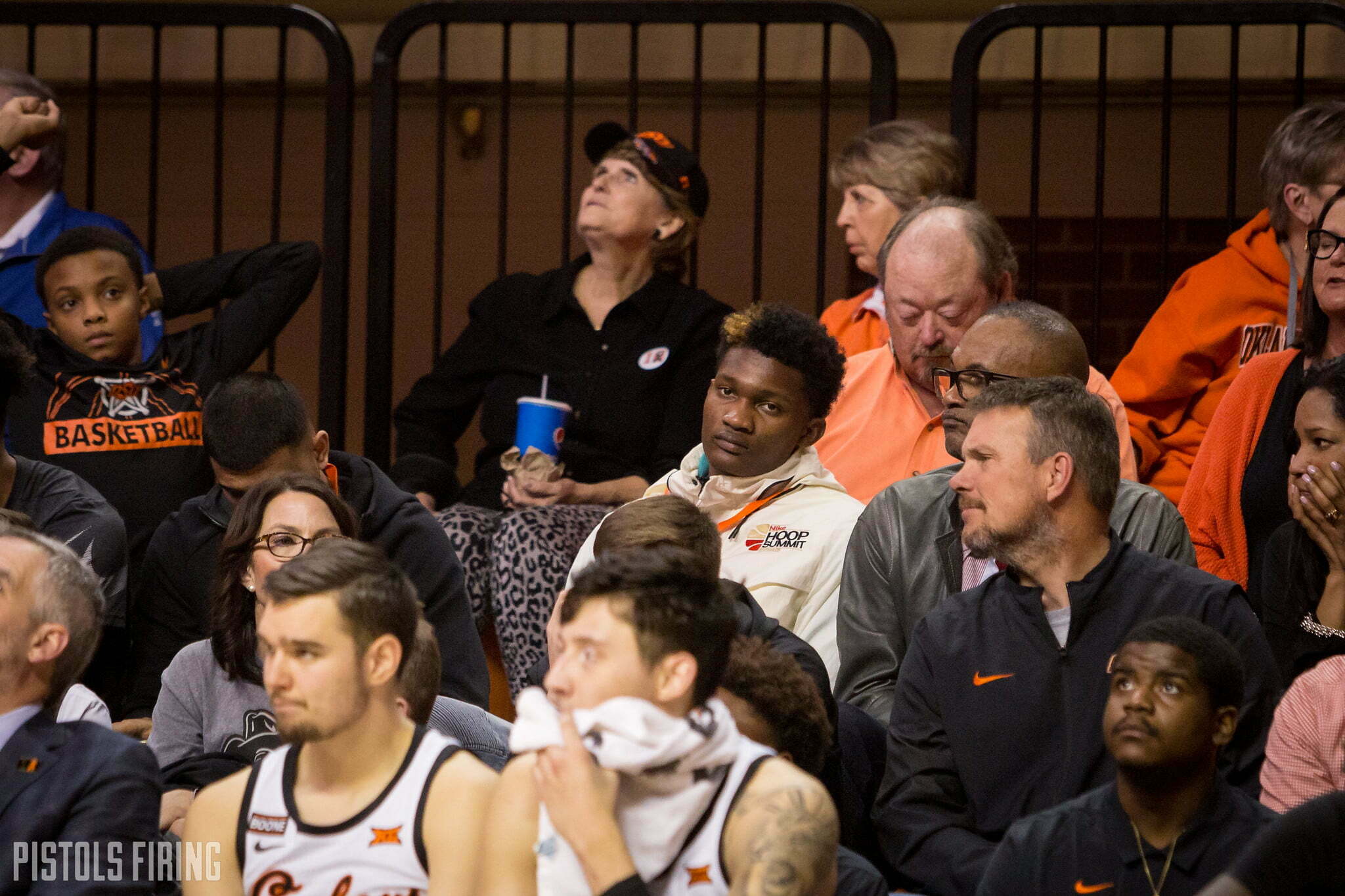 Matthew-Alexander Moncrieffe has been committed to Oklahoma State for fewer than 24 hours, but he has already started recruiting.

In conjunction with his commitment to OSU on Friday evening, Moncrieffe blogged about his college choice for Sports Illustrated, and there were a few eyebrow raisers throughout it.

Moncrieffe started with a huge shoutout to Oklahoma State signee and nation’s No. 1 player Cade Cunningham.

Of course they have Cade Cunningham coming next year too and that alone made up about 40 percent of my decision right there.

Cade is gone after his first year, we all know that, but he’s a great player and a guy that I really wanted to play with. We played together at Pangos All-American Camp and he’s one of the most unselfish players I’ve ever played with.

He keeps it simple and that’s what my game is all about. His scoring ability is really underrated to me, but just having that element opens up so much more for the offense.

He was texting me throughout the whole process, just saying “You know what to do” and things like that.

That’s the kind of sway Cunningham has. Despite Moncrieffe acknowledging that Cunningham will only be in Stillwater a season, Moncrieffe said playing with a skilled and unselfish player of Cunningham’s caliber made up 40 percent of his decision.

He also mentions teaming up with Cunningham at the Pangos All-American (and Canadian) Camp. It’s one of the most prestigious preps camps in the world, and Cunningham wasn’t the only player who impressed him there.

Right now, I’m trying to add J.T. Thor to our class. I’m already texting him trying to see where his head is with the whole process. I really want him on the squad with us.

Me, J.T. and Cade all played together at the Pangos Camp and we all had a great chemistry out there so I know it would carryover to next season. [Sports Illustrated]

If you’ve followed OSU basketball recruiting much over the past six months, you’ll recognize the name JT Thor. Thor reclassified into the 2020 class and OSU has since been hot on his trail and viewed as the favorite.

Things have gone quiet as of late regarding Thor, but Moncrieffe’s committed and call out to Thor will only ramp those conversations back up.

Thor is the eighth highest rated, uncommitted recruit of the 2020 cycle. A natural power forward, Thor also plays a position of need for the Cowboys in the cycle. But again, things have been quieter on Thor’s front than they were a few months ago with some national recruiting analysts saying Thor could reclassify back to 2021.

Whatever happens with Thor, it’s clear Mike Boynton (and Cunningham) are bringing talent to Stillwater. OSU’s 2020 class currently ranks tops in the Big 12, something the Cowboys haven’t done since 2005, and that class included Gerald Green who never played at OSU and instead ended up in the NBA.