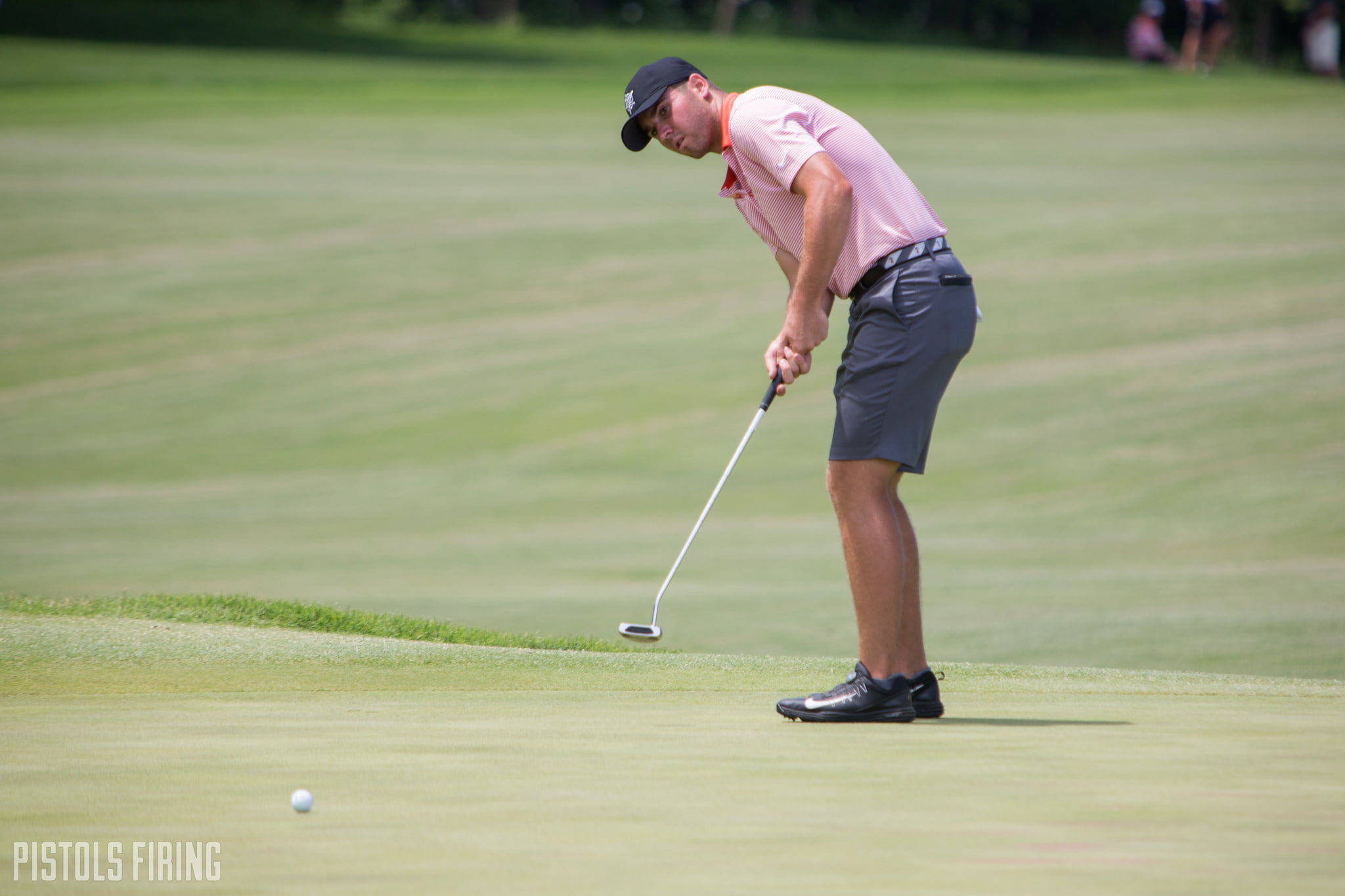 Matthew Wolff was disqualified from the Masters in April for signing an incorrect scorecard. Two weeks later, he missed the cut at the Zurich. He then took time away from the game, notably becoming the only golfer in the top 100 of the World Golf Rankings to miss this summer’s PGA Championship.

So of course after that turbulent stretch of rough golf (and, more crucially, the stretch where he was playing no professional golf), Wolff finds himself in the hunt at the 2021 U.S. Open.

Wolff fired an opening-round 1-under 70 on Thursday in his first competitive action since April in a rollercoaster Round 1 in which he made only five pars but made up for it with eight birdies to stay near the top of the leaderboard through 18 holes.

No one knew what to expect from Wolff, one of golf’s young superstars who has taken two months off for personal time, when he returned to the course this week at Torrey Pines. He told Golf Channel in an interview this week that the time spent away from the game was to take time for himself and get happy. But this quote doesn’t exactly say yeah I’ve been in the lab can’t wait to show off my goods at the U.S. friggin Open.

“I just felt like, if you put it off, it’s gonna keep getting worse,” Wolff said of opting to return this week. “I’m not doing it because I have to. I just feel like you need failure to have success. I’ve had failure but I’m starting to learn and mature and get better, and I realized I need to be out here and play my way through it.”

Maybe this is a better return than even Wolff envisioned. And hey, we’re 25% through the tournament, so let’s not crown him yet. But Wolff’s runner-up finish at the 2020 U.S. Open was in a way his coming out party on the pro stage, and now, in a fun little twist, the 2021 U.S. Open feels like it could be his reintroduction to the sport on the big stage once again.