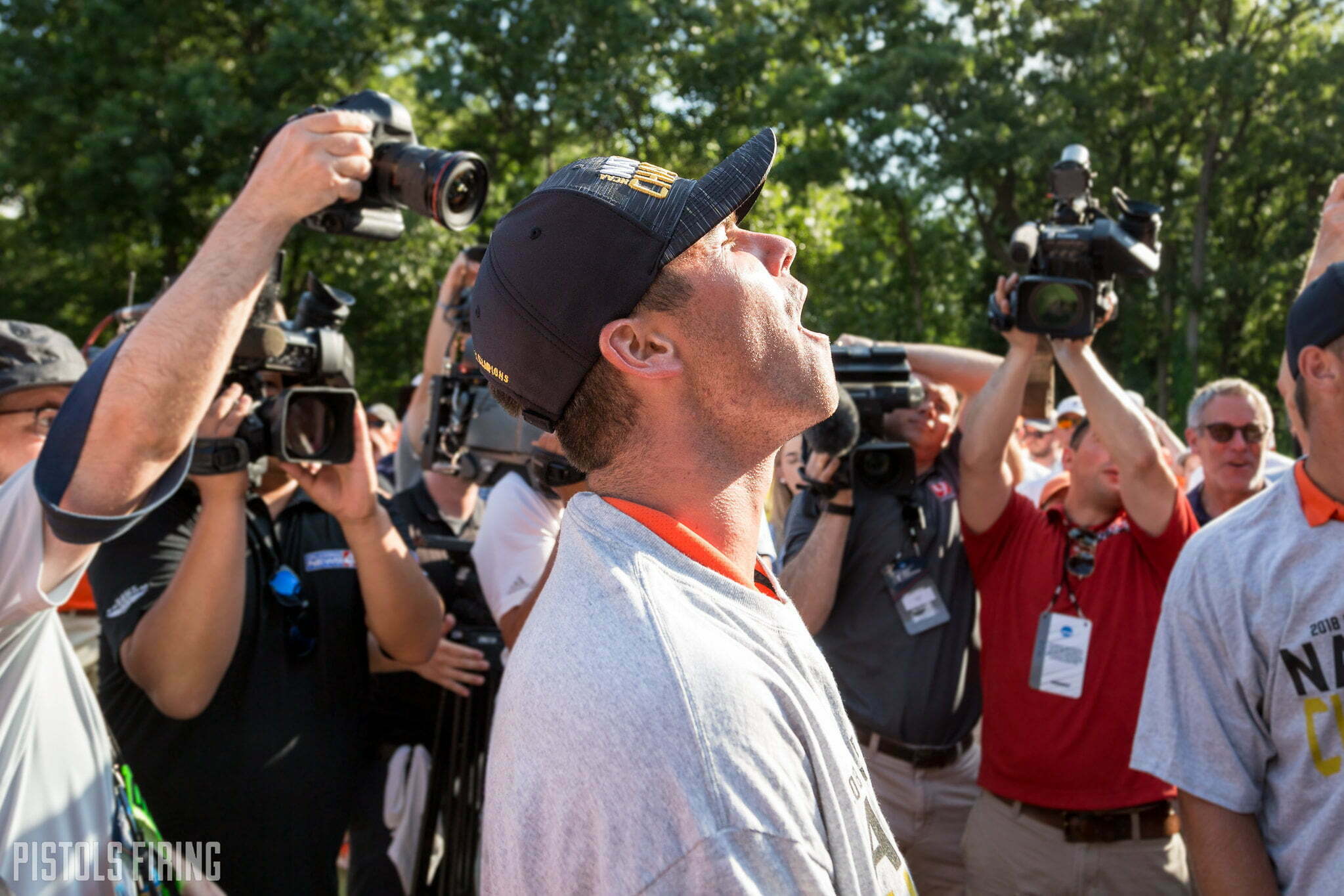 Oklahoma State has another Heisman winner. Sort of.

After junior Viktor Hovland took the Ben Hogan Award in May as the best amateur golfer of the year, sophomore Matthew Wolff grabbed the Haskins Award this week as the best college player of the year.

How did two players on the same team win two awards that seemingly say the same thing?

Well, Hovland took the Hogan because he won the U.S. Amateur last summer and was low amateur at the Masters. Oh, and he was medalist three times in the 2018-19 college golf season for Oklahoma State.

The Haskins doesn’t consider anything outside of college golf — like the U.S. Am or the Masters — and Wolff won an astounding six times this season. He also bested Hovland in every other statistical category, even though both broke the single-season and career (!) scoring record at OSU.

You could argue that Hovland and Wolff just had the two best seasons in program history. Like, if you’re making the list of the thousands of seasons that have been played by everyone to tee it up for the Pokes, Wolff’s might be No. 1 and Hovland’s might be No. 2 (I would argue that Hovland’s is more like No. 3 or No. 5 or somewhere in there, but still).

It’s been a big last month for OSU as a program, too.

This past week, Wolff was named the winner of the Jack Nicklaus Award as the nation’s top player as well. With his two honors and Hovland laying claim to the Ben Hogan Award last month, it marks the first time the program has swept the national player of the year awards since Hunter Mahan did so in 2003. [okstate]

The Haskins is OSU’s eighth (but first since 2006), which surpasses Texas (7) for the most ever. Here are the other Oklahoma State golfers who have won the Haskins.

The list of players to win the Haskins this decade makes me weak. Stars and superstars all over the board, and now Wolff is with them. 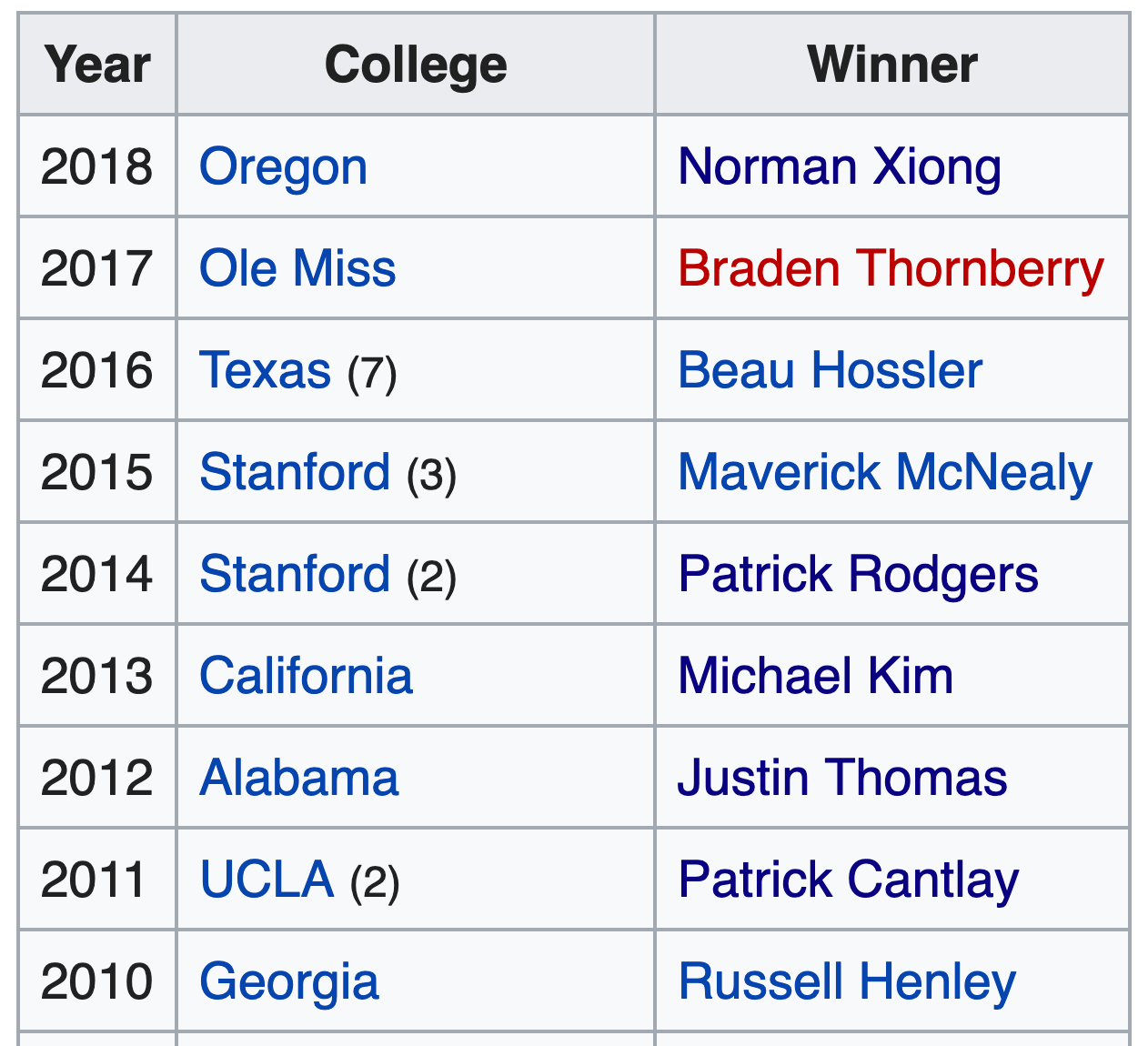 Wolff hasn’t necessarily become what he will eventually become as a pro golfer with the marketing machines of the PGA Tour and a variety of other organizations — including whichever equipment and apparel companies he signs with — but he’s certainly having an impact.

This video of a kid doing Wolff’s swing in front of Wolff is funny, amazing and also emblematic of the reality that’s about to unfold: Wolff is about to become a global superstar, even if he doesn’t realize it yet.