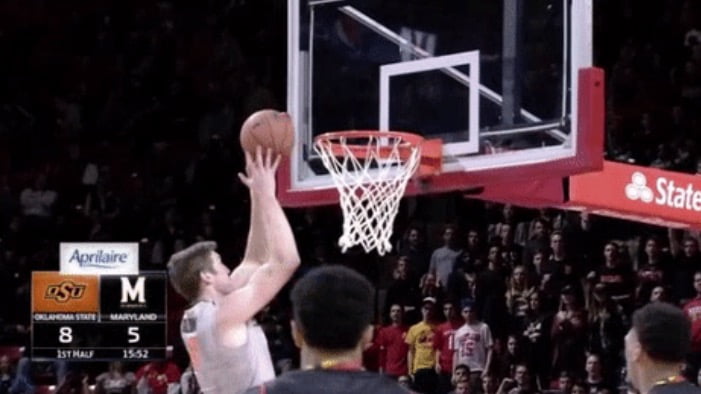 Early in the first half, Oklahoma State forward Mitchell Solomon scored on his own basket during an attempted rebound against Maryland.

Here’s another look at it.

That was the most Mitchell Solomon thing ever

Mitchell Solomon literally just scored for Maryland. No I am not making this up.

Mitchell Solomon literally just scored for #Maryland…. Well I can say I've never seen that before ??????

Oklahoma State went on to lose by one because of course it did. Solomon finished the game with four points (on his own bucket) and four rebounds.