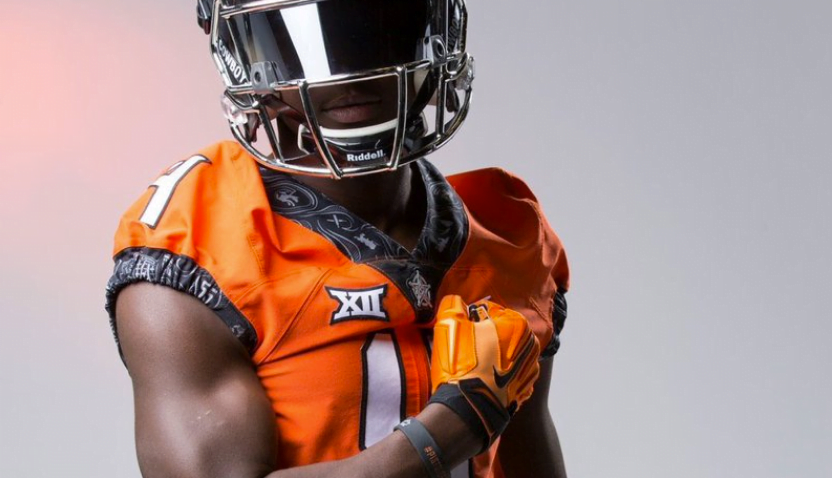 Midwest City safety prospect Evan Fields, a once top target for Oklahoma State, has eliminated the Cowboys from consideration in a list he released on twitter earlier this week. Saying he is cutting his recruitment “exclusively” to these schools.

Fields is a 2017 recruit, now with close to 30 Division I offers that include Notre Dame, Oregon, Arizona State, Memphis and others. Quite an impressive offer sheet.

Fields announced recently that he was wiping the slate clean with his recruitment due to some behind the scenes activity between coaches, although it’s unclear if that was in reference to the OSU staff. After hitting the reset button, OSU fell off his list – and OSU seemed to be moving in on another target, Corrion Ballard, in his place.

Ballard is a junior college prospect from Blinn College. He announced on Wednesday night that he had committed to Utah over OSU and Texas Tech.

So … Will OSU be getting back in the Evan Fields sweepstakes?

At this point it seems unlikely.

Based on their target that emerged in junior college safety Corrion Ballard, it would appear that OSU may be looking for a prospect who could come in and contribute immediately to help replace Jordan Sterns.

OSU has several committed prospects at the position with Kris McCune, Tre Sterling, Malcolm Rodriguez, and Lamarcus Morton – all of which are currently high school seniors.

I’d expect that should they take another safety in the class, they’ll be looking for someone who can fill in immediately – either a junior college prospect or a highly-rated recruit who projects to play early.