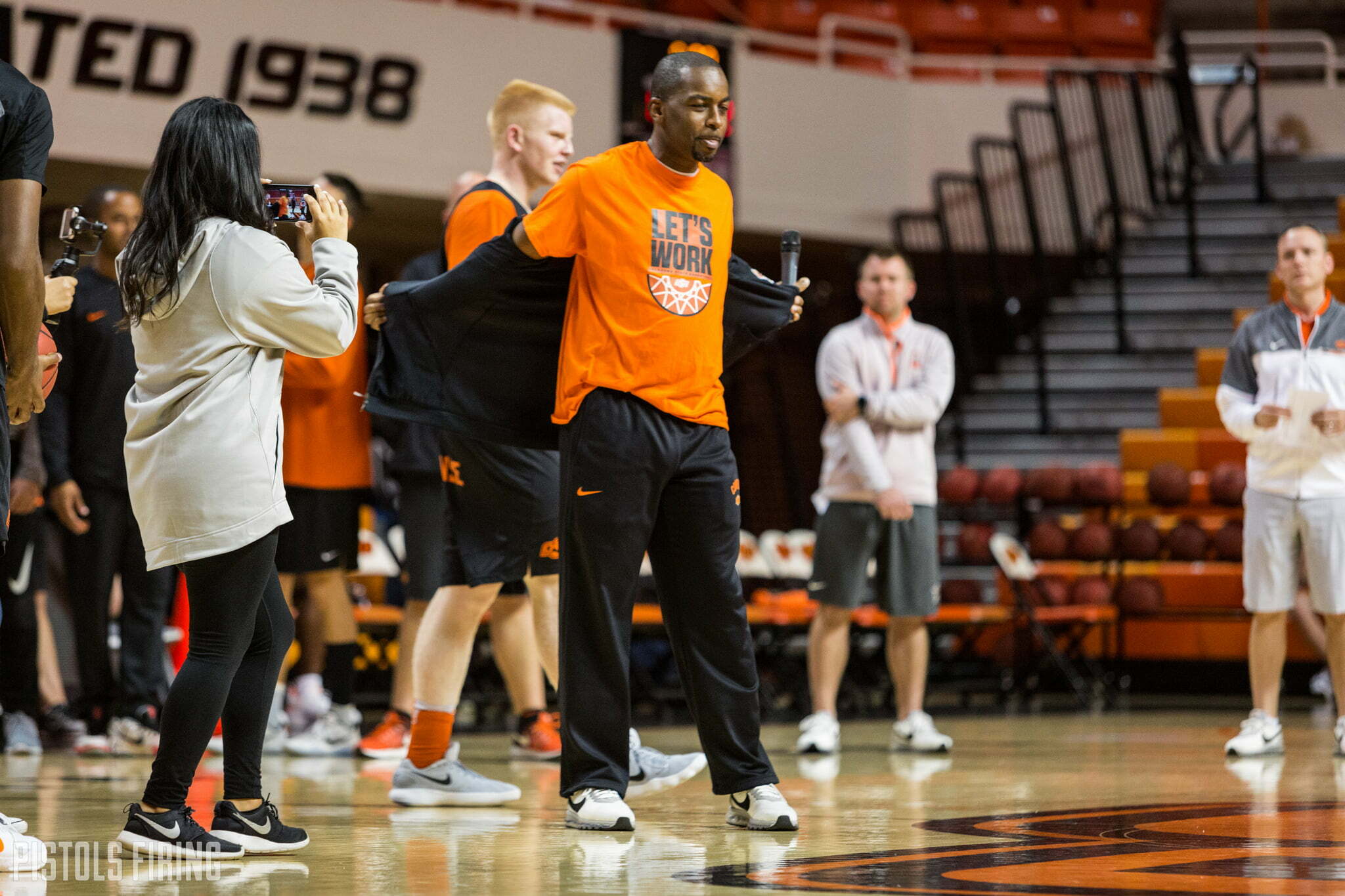 Did you ever get tired of your dad beating you at ‘horse’ or one-on-one?

Most of us know the feeling, or at least did at one point in our lives, but few know it like OSU junior Trey Reeves whose father just so happened to be Bryant “Big Country” Reeves, a three-time All-American, two-time Big 8 Player of the Year, Oklahoma State’s second all-time leading scorer — and probably the most dominant player to ever come through Stillwater.

Trey might just get to exact a little revenge this weekend for all those frustrating nights in the driveway. I’m sure Trey Reeves’ driveway looked nothing like the one I shot hoops on as a kid.

As part of a charity event for the Center for Individuals with Physical Challenges, the Reeves father and son duo, along with Mike Boynton and several other Cowboy legends and local celebs will take part in a one-on-one ‘horse’ challenge that will be open to the public.

Among those taking part will be OSU assistant Scott Sutton facing off against his nephew Spencer Sutton (who played for his uncle at ORU), Boytnon against Tulsa’s KOTV sports director and OSU color commentator John Holcomb, Reeves vs. Reeves and other Tulsa area celebs, journalists and athletes.

But one matchup in particular might be worth the trip on its own. Randy Rutherford and Keiton Page — two the best shooters to ever lace ’em up in orange — will face off at 2:18 p.m.

My money’s on Rurtherford, now the head coach of Tulsa McLain’s boy’s basketball team, over the “Pawnee Pistol” who currently serves on Boynton’s staff, simply because Page broke Rutherford’s school record for made 3-pointers in a career at OSU. I think Randy’s ready for revenge.

The event will take place on Saturday, May 18 at the Center for Individuals with Physical Challenges at 815 S. Utica Ave. in Tulsa. For a full list of participants including schedules, check out the Tulsa World.