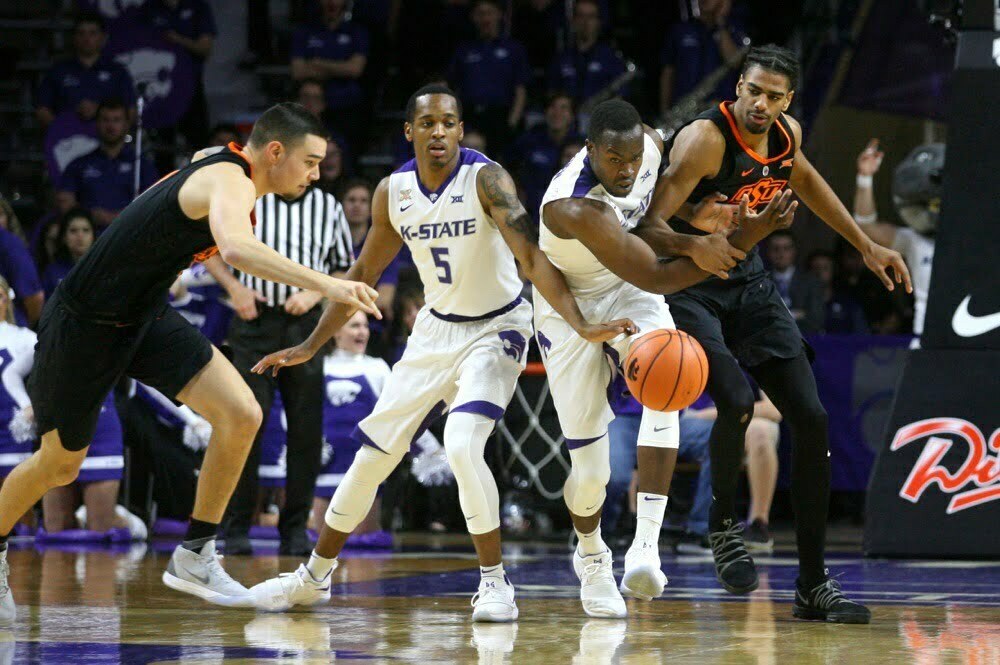 Oklahoma State got beat in Manhattan by Kansas State on Wednesday evening, 86-82. The Pokes surrendered 36 points in the last 10 minutes as KSU shot 56 percent on 2-pointers and 38 percent on 3-pointers. Everybody, it seemed, except for the equipment managers had a career high as OSU fell to 1-3 in the Big 12 Conference.

Head coach Mike Boynton did not mince words after the outing,

“To be honest, it was a pretty gutless performance by my team,” he told reporters. “I’ve never been more disappointed than I am today since I became the head coach at Oklahoma State. Our fans deserve better. They’ll get better.

“I’ve never really been around teams who had that problem (of not being ready to roll),” he added. “This is new territory in a lot of ways. But we won’t be here very long, that’s for sure. We’ll play guys who want to play, who’ve got passion, who want to compete, who want to represent Oklahoma State basketball the way it wants to be represented.”

Whooo buddy, I bet there were some steps in GIA that saw a lot of action today. As Mark Cooper pointed out, Boynton was frustrated with how many 3s OSU was taking, at least early on. To that end, coming into this game OSU was on pace to take more 3-pointers per game than any team in school history.

Additionally, Kansas State, which came in at 1-2 in league play, was without its starting point guard, and OSU could not stop them in the second half (they scored 53 of their 86 after the break). OSU forces around 22 turnovers a game, but could only get eight of them from a lower-tier Big 12 team without its floor general.

I can see why Boynton was fired up about a team that is supposed to pride itself on getting stops and playing elite defense.

“We were pretty lifeless today for the better part of the game,” said Boynton. “That’s disappointing. You can’t win in this league, at this level, if you don’t have great energy and fight every night. If you don’t have great courage to go out and take a game and punch the other team before they punch you.”

"You can't win in this league if you don't have great energy and fight every night." – @thacoachmike. #letswork #okstate pic.twitter.com/IgV2GN7HpW