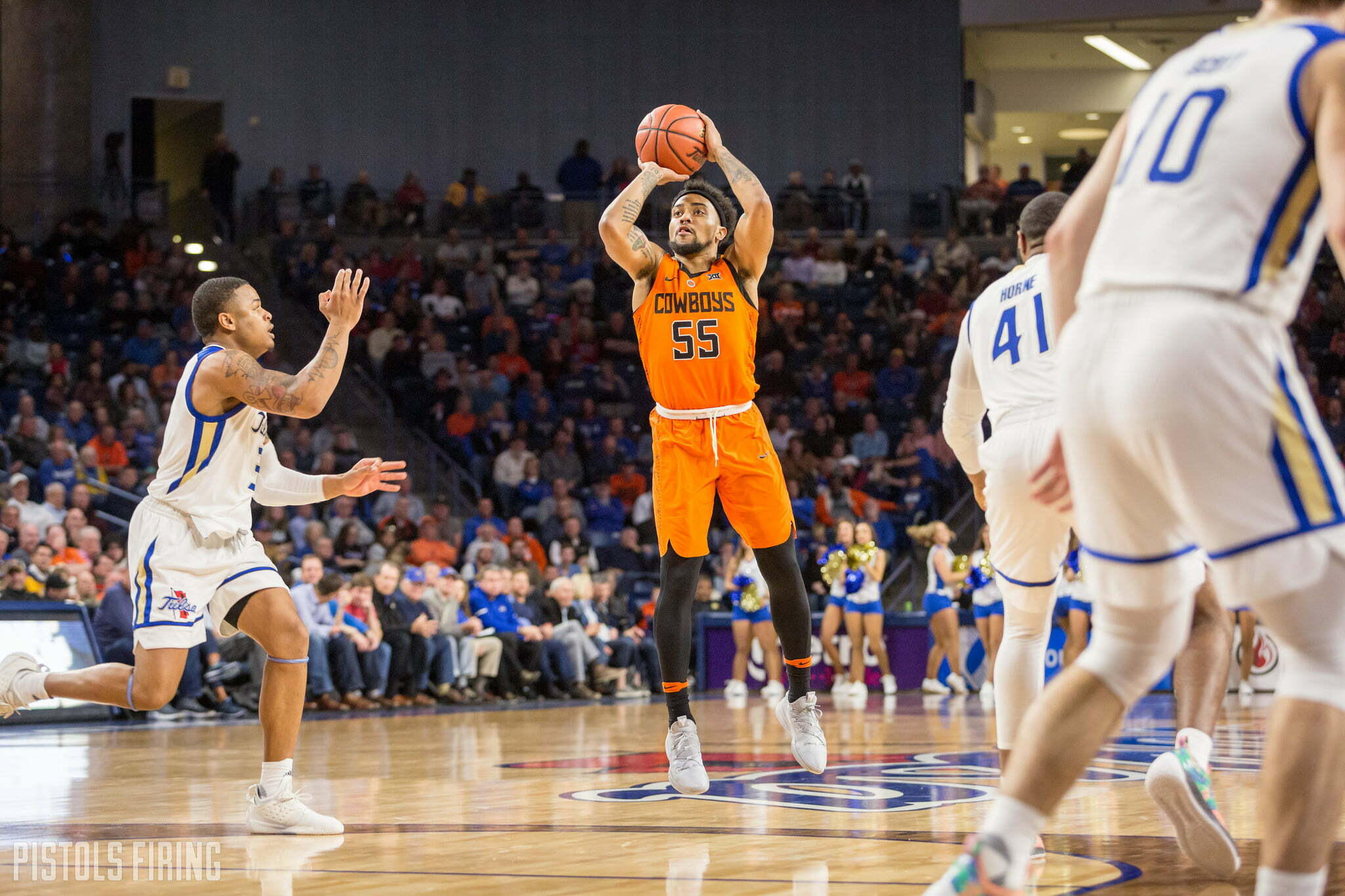 Toward the end of Mike Boynton’s news conference after his team’s first Big 12 victory this season, Boynton was asked about some news that broke earlier in the day.

About three hours before Oklahoma State tipped off against Texas, news broke that graduate transfer point guard Mike Cunningham was no longer with the team. Cunningham was the Cowboys’ only senior. In the press release, Boynton thanked Cunningham for his contributions to the program, said Cunningham decided he wanted to move on and then talked about the long-term standards he has for the team.

When asked after Tuesday’s big win, Boynton said he and Cunningham had a conversation, and they decided it was for the best if both parties moved on.

“It’s an unfortunate situation,” Boynton said. “Like I said before, I’m here doing this thing for the long haul. I wish the kid well. It was obviously a disconnect on what we believe is important and the way he thought he could have success here. We need everybody on board, doing the same things. I don’t get to do what I want all the time. I’ve got somebody to answer to, and if I don’t over a long period of time, I won’t be here either. I think everybody in this room lives by some sort of standards. It’s unfortunate, but I’ll tell you what: I looked in that locker room, and I saw a team that wasn’t affected by it at all. That tells you something that those guys really care about each other and know that if we’re all locked in together, we can still accomplish a lot.”

Cunningham’s departure leaves the Cowboys’ roster with five juniors, a sophomore and six freshmen. Cunningham sat for disciplinary reasons for the Cowboys past four games before meeting Texas on Tuesday, but the Cowboys still seemed unfazed down a teammate against the Longhorns.

“It’s unbelievable how resilient kids are,” Boynton said. “We sometimes, maybe, underestimate that. Kids don’t, maybe, think about things the same way we do. I’m sure in some parts of our fan base they were like, ‘Oh gosh, the world literally is falling down.’ But I’ve seen our guys really respond to some critical, tough moments, and (Tuesday) was another example.”