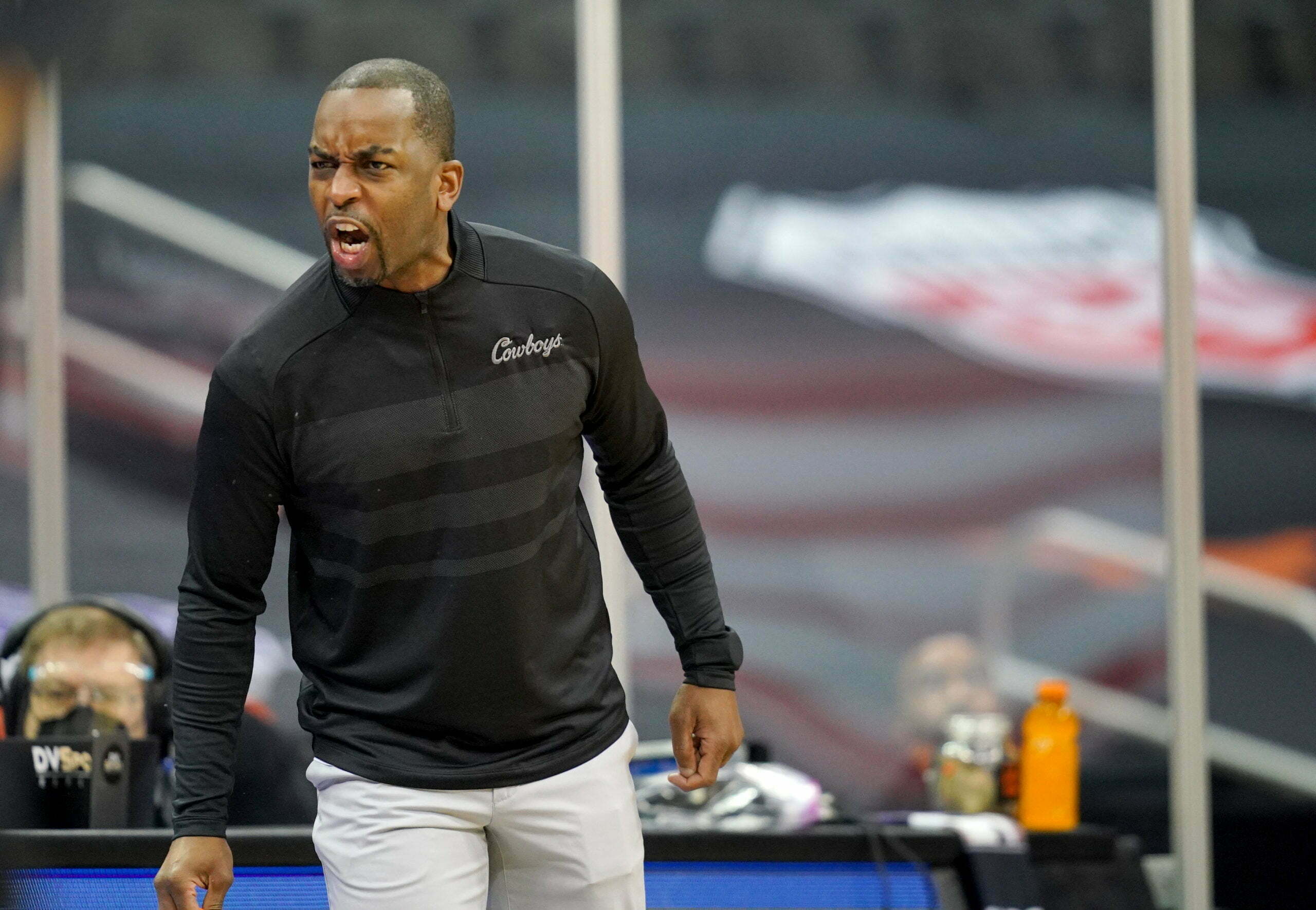 The Cowboys punched their ticket to the program’s first Big 12 Tournament title game since Eddie Sutton was scowling and pacing the sidelines in Kansas City 16 years ago. And they did it on what would have been the iconic coach’s 85th birthday.

The Cowboys have had their moments in Kansas City, but this will be just the fourth time in the Big 12’s 25 seasons that OSU has played a game for the league’s postseason hardware. All of the previous three were Sutton-coached teams, and OSU won the trophy in 2004 and 2005.

After his team’s huge win over a top-seeded (and the AP’s No. 2) Baylor team, Mike Boynton paid homage to the historic head coach.

“The things that we stress that we’ve tried to rebuild this program on because it, obviously I hadn’t been around Oklahoma State basketball as long as a guy like Berry Tramel or Bill Haisten, but I know what this program is about at its core,” Boynton said. “Mr. Iba built it on toughness and defense, and Coach Sutton restored it that way and, again, Happy Birthday to Coach Sutton.

“It’s his birthday, and I remember my conversation with him and him telling me what he wanted this program to be about. I’ll never forget it. And as long as I’m here that will be what I try to make sure that this program represents when we take the court, and I thought our guys displayed a lot of that today.”

Sutton’s 1998-99 team made it to the championship round (also as a 5 seed) but fell to Roy Williams’ 3-seeded Kansas squad 53-37. Jeff Boschee won Tournament MVP, but OSU’s Glendon Alexander was the bracket’s leading scorer with 66. Adrian Peterson joined Alexander on the All-Tournament team.

In 2004, Sutton’s team was the 1 seed and took down 2 seed Texas 65-49 for the trophy. The Cowboys will strive for a similar outcome when Boynton’s Pokes meet Shaka Smart’s Longhorns on Saturday night. Sutton’s squad would follow that up with a Final Four run.

A year later, Sutton coached his team to another conference tourney championship as a 3 seed over the 4-seeded Red Raiders, 72-68. Joey Graham was the bracket MVP and leading scorer.

OSU and Texas split their regular season series this year, with each team winning at home. The two last met in Stillwater on Feb. 6 when the Cowboys pulled out an overtime thriller 75-67.

Texas got a semifinal bye thanks to a positive COVID case in Kansas’ program. It’s just the second time in the last five years that KU won’t be in the title game (excluding last year’s canceled tournament). The Longhorns haven’t made it to the final round of the league tournament since 2011 when they fell to the Jayhawks and Texas has never won a Big 12 Tournament crown.