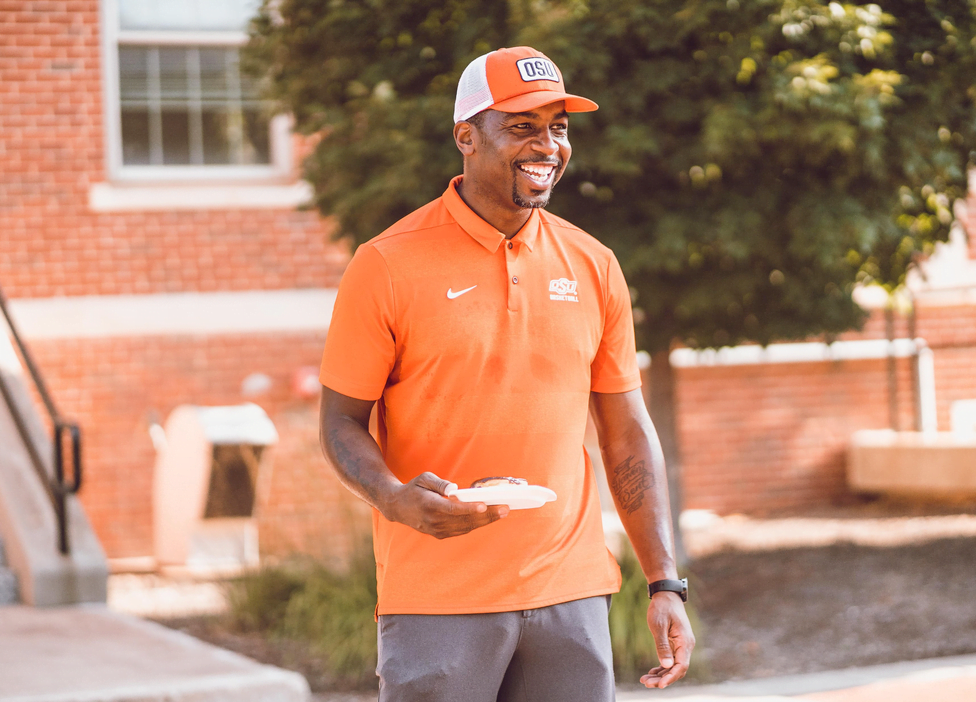 The fall semester arrived bright and early on Monday morning for Oklahoma State students. That is a bummer. The upshot, however, is that many of those students were injected with some surprise sweets courtesy of OSU coach Mike Boynton.

Boynton was patrolling the campus Monday morning and offering up donuts to those who were making their way to their first classes of the fall. He handed out donuts on plates, took pictures, and yes, even took the cell phone of a young lady whose mother called to make sure her daughter was up for class. The people’s champ!

You made it to the first day of class! You deserve a donut courtesy @thacoachmike. 🍩🍊💪 pic.twitter.com/izve8Xk8qS

Update: Mom called, so @thacoachmike assured her you were starting your day with a good breakfast. You're welcome. pic.twitter.com/DSOIXlaeZv

It appears he was also joined by coaches from women’s tennis, Cowgirl soccer, equestrian and softball:

#OKState coaches coming in clutch with free doughnuts on the first day of school. 👏🏽

This is a pretty sweet gesture (sweet, get it?) because let’s face it: who really enjoys their summer officially coming to an end and classes getting back in session? At least some students have some donuts to enjoy and an exciting basketball season on the horizon to look forward to.