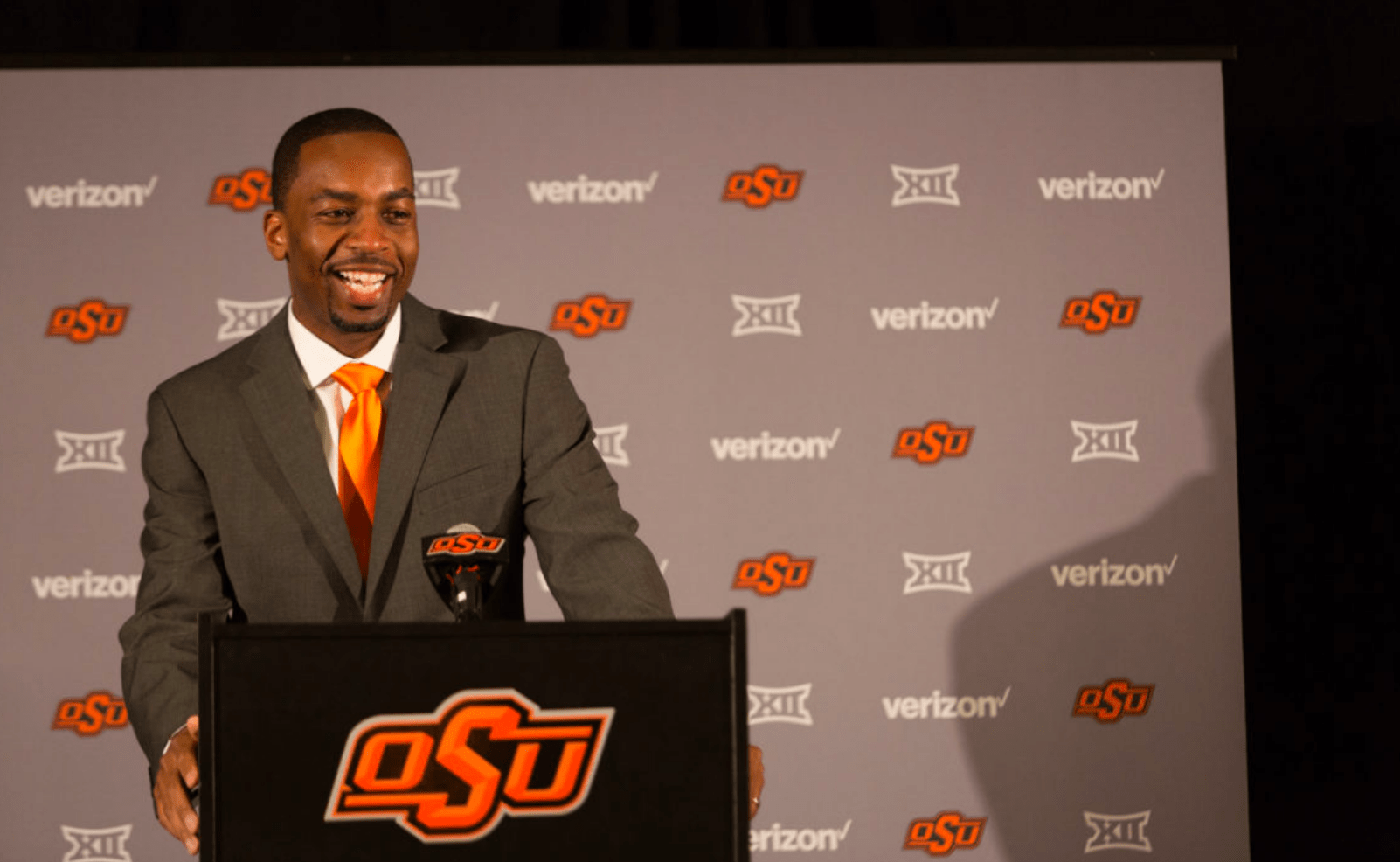 With 35-year-old Brooklyn native Mike Boynton taking over at the helm in Stillwater, the focus on the type of players his regime recruits — and exactly where the staff will recruit from — is a relative unknown.

When he was named the head coach this spring, a majority of the 2017 class was in place, so we’ve not received a full visual about how he might fill an entire class moving forward.

On Wednesday, Boynton gave a window into the behind-the-scenes of who he might recruit, and where he might do it, in an interview with Fox Sports Insider Evan Daniels.

As for the type of player he’s after, he knows it’s not exactly rocket science.

“Really good ones,” Boynton said jokingly. “No, first and foremost, we want guys who are committed to winning. I think that’s something that’s undervalued … Kids who win — they know what it takes. They find a way to get things done when it’s hard. Guys have to be really competitive to play for me because we put them in really difficult situations in practice every day to find out what type of people they are.

“But also, we’ll recruit guys with length on the perimeter from probably more of a size-wise standpoint. We like longer, athletic guards. And we always want to have rim protection.”

Length on the perimeter? Long, athletic guards, you say?

I know a man who takes that same philosophy. As for where he’ll recruit from, Boynton said, somewhat surprisingly, that his main focus is Oklahoma and Texas. But given his influence in New York, and Lamont Evans’ influence basically anywhere, they will work every angle of the planet to get dudes who can play at the highest level.

“Absolutely,” Boynton replied when asked if he’ll focus on Texas, an area he first became familiar with during his run as an assistant coach at Stephen F. Austin.

“First place we want to recruit is in-state. We want the best players in the state of Oklahoma to be Cowboys. Every year, if there’s a kid good enough to play in the Big 12 to help us win a Big 12 championship, we want them to wear orange and black.

“Beyond that, our most logical regional place to recruit is in Texas. It’s really close, there’s a lot of really good players in the state. Oklahoma State is a place — because its affiliation in the Big 12 — that can reach into a lot of different areas. Because of my background and the background of guys on my staff, we’ll be able to recruit in Florida … Kansas City will be a big area we’ll focus on. And then in New York City, obviously, because my relationships being a former player there. We’ll recruit highly populated areas and Texas will be a big part of that.”

You can check out the entire interview with Boynton and Daniels where they talk about Brad Underwood’s influence, Boynton’s time at SFA, and more below. The interview starts around the 20-minute mark.