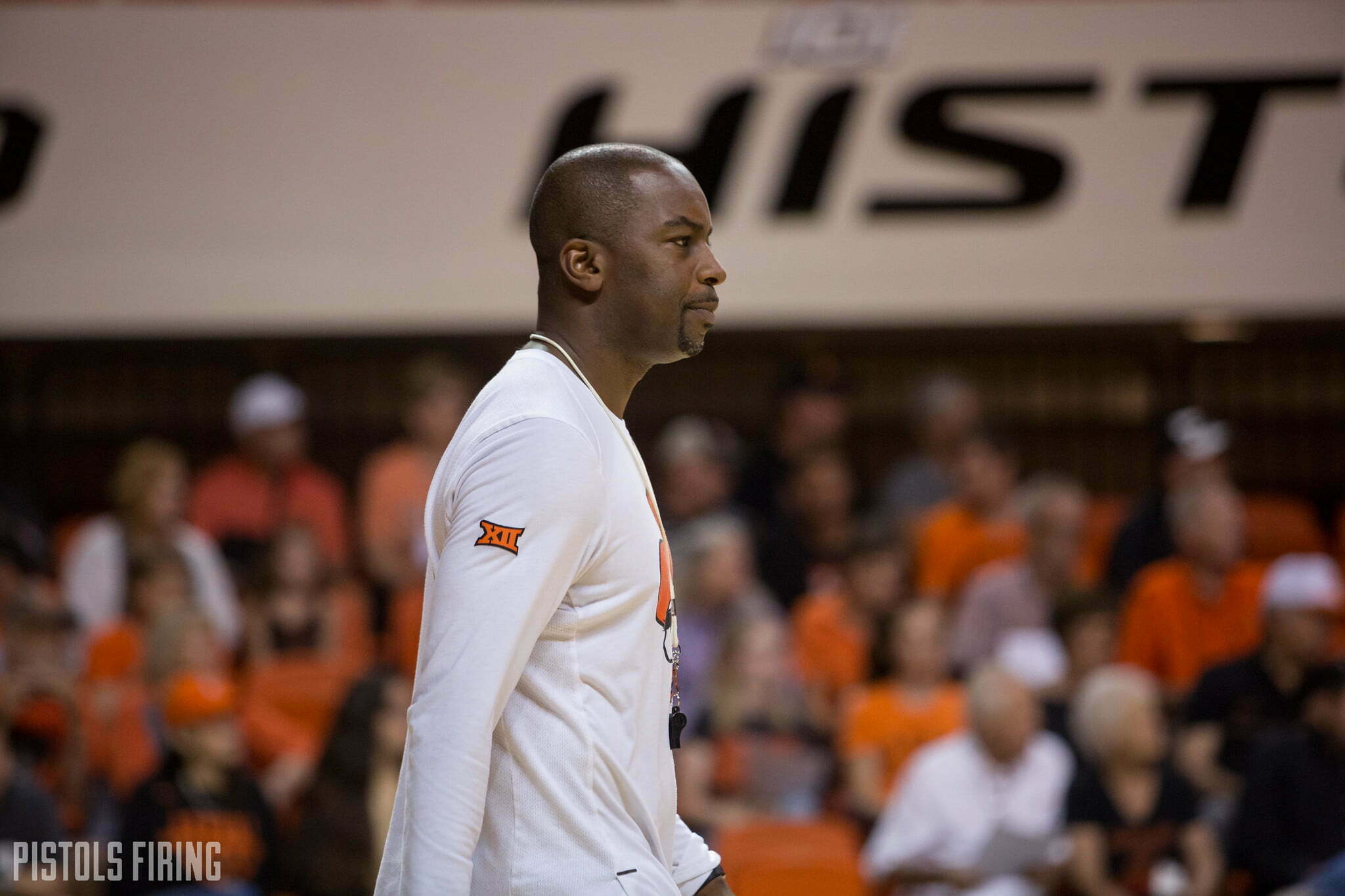 Mike Boynton is Oklahoma State’s lone African-American head coach, and he took to Twitter on Friday to speak his mind on a national topic involving race.

George Floyd died in Minnesota on Monday after a police officer pinned Floyd to the pavement with his knee on Floyd’s neck for about nine minutes. The incident, one of many instances over the past few years of a police officer killing a black man, incited protests turned riots across the country, mainly in Minnesota.

In his statement, Boynton not only addresses Floyd’s death, but he also eloquently relates what happened in Minnesota to being a black man and a father to black children, particularly with his son Ace, in America.

I’ve been struggling with the latest unnecessary death of a brother in the streets of our country. It’s incomprehensible to me how someone could show such lack of care for another person. Even worse … physically drive a man, who he was charged with protecting, to his death. We must seek fair justice for George Floyd and his family as well as the countless others who have experienced such tragedies. We must also fight for a change in the system that contributes to this happening so often.

I’ve had my own frightening experience with law enforcement, but that is for another day. I pray we can understand each other better and fear each other less. Black people are humans, we bleed red blood like everyone else.

I have a 7 year old son. I want to have the same level of comfort and confidence that when he leaves my house, that he will return safely like every other parent wants and should have. However, the thought of what might happen to him, because of perceived fear, is pretty unnerving. I teach him, and try myself to live by 4 basic principles.

I am not saying I have all or any of the answers, or that my way is the way for everyone. I do, however, want to be a part of the conversation to help create solutions. We have come so far, but there is obviously a lot more to be done.