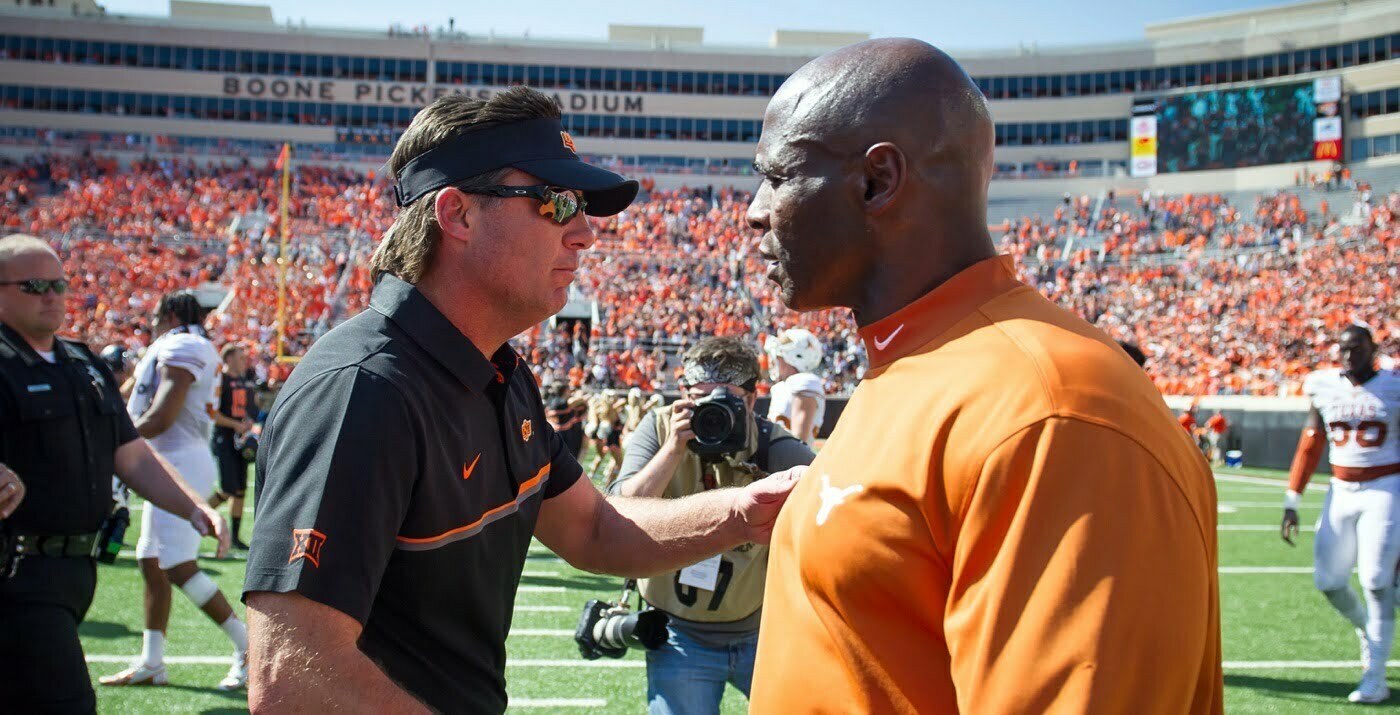 The new coaching salaries came out this week courtesy of USA Today, and Mike Gundy is the 22nd-highest paid coach in the country. His total pay of $3.78 ranks just behind Bobby Petrino and Gary Patterson and just ahead of Kirby Smart and Kyle Whittingham. I also looked at this a different way. I took wins per season (which we looked at earlier today) and divided salary by that number to see how much each school was paying its coach per win.

For example: Iowa State’s Matt Campbell wins, on average, two games a year so far. He has won one game halfway through the season so I presumed they would win one more bringing his average to two. He makes $2 million a year. Thus he makes $1 million per win (this is bad).

This is a little funky because I had to assume that everyone was halfway through the season right now (which they aren’t — some are, some are not). I’m also using wins per season and current salary which, for example, Mike Gundy was obviously not paid $3.78 million for his entire career. But these figures are more or less correct.

You can look at the full list in this Google Doc.