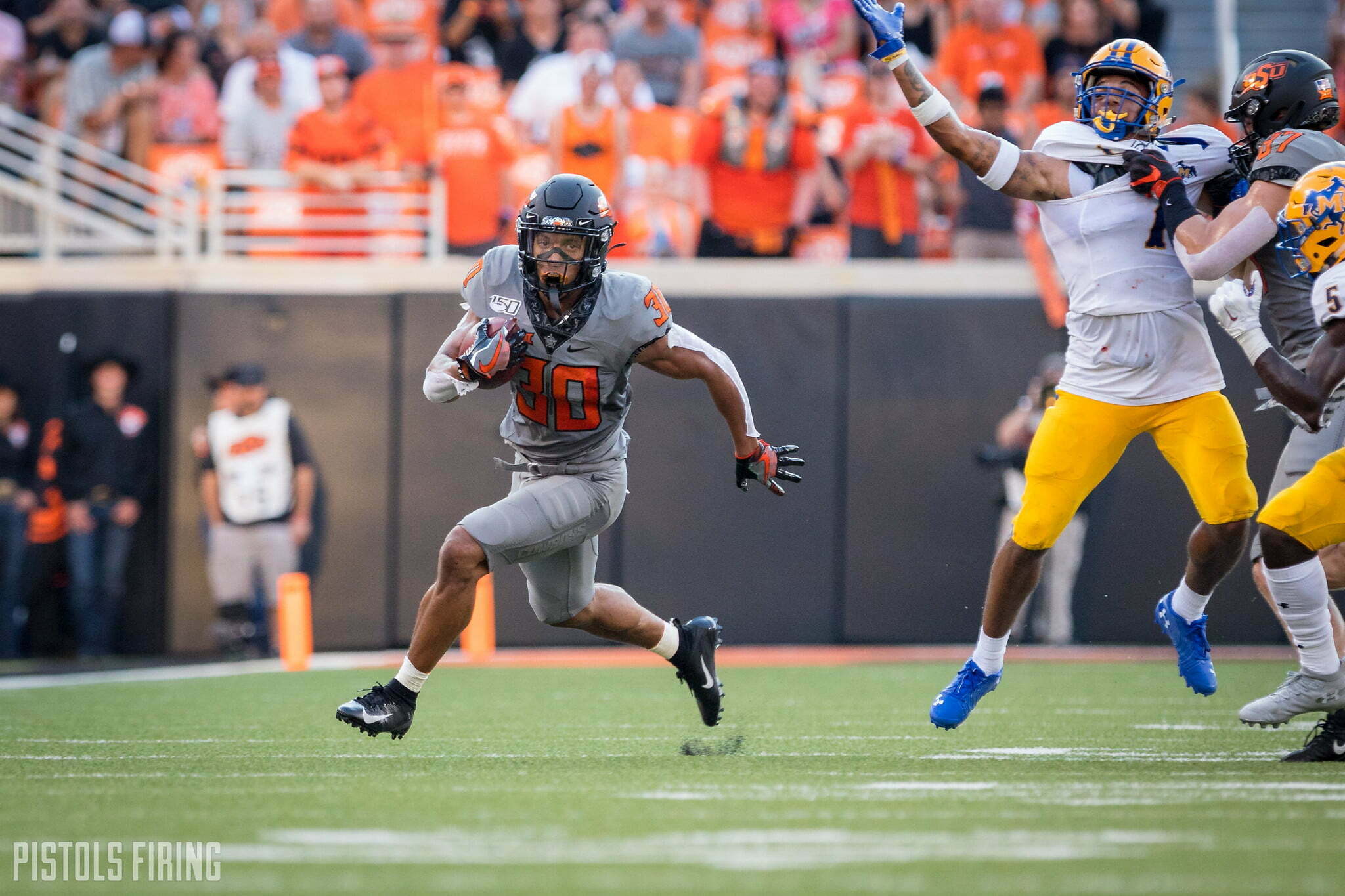 The Cowboys offense got off to a slow start on Saturday against McNeese and it was ugly early.

On the third offensive snap of the game — and his second carry — Chuba Hubbard basically ran into center Johnny Wilson. The collision dislodged the ball.

Fortunately, Spencer Sanders had the presence of mind to dive on the ball and the possession was saved.

So do you just chalk that up to a rough start on offense and move along? Not according to Mike Gundy.

On Monday, when he was asked about OSU’s run-to-pass ratio early, Gundy blamed Chuba’s light workload on the fumble and not the fact that he’s Chuba and he doesn’t need to play more than one quarter against an FCS team anyway.

That sentiment is sound. Ball security is one of the most important assets a running back can possess, but it seems a little disingenuous when you look at the fact that Chuba stayed in the game for more than an entire quarter after that fumble and that he carried the ball six more times. He had eight rushes for 44 yards total.

Shortly after that bugaboo, veteran wide receiver Dillon Stoner also fumbled but this time the ball ended up in the hands of the defense. It was his first target where he made the catch and the first down before being stripped at the sideline. Stoner would also stay in the game into the second quarter and was target three more times.

I get it that Gundy wants to make a point about putting the ball on the turf, but I have a hard time believing that if this happens on Chuba’s second carry in Austin, that anyone else would be the featured back the rest of the way.

This was Chuba’s first fumble on the season. He dropped four balls as a freshman last year, losing two of them.