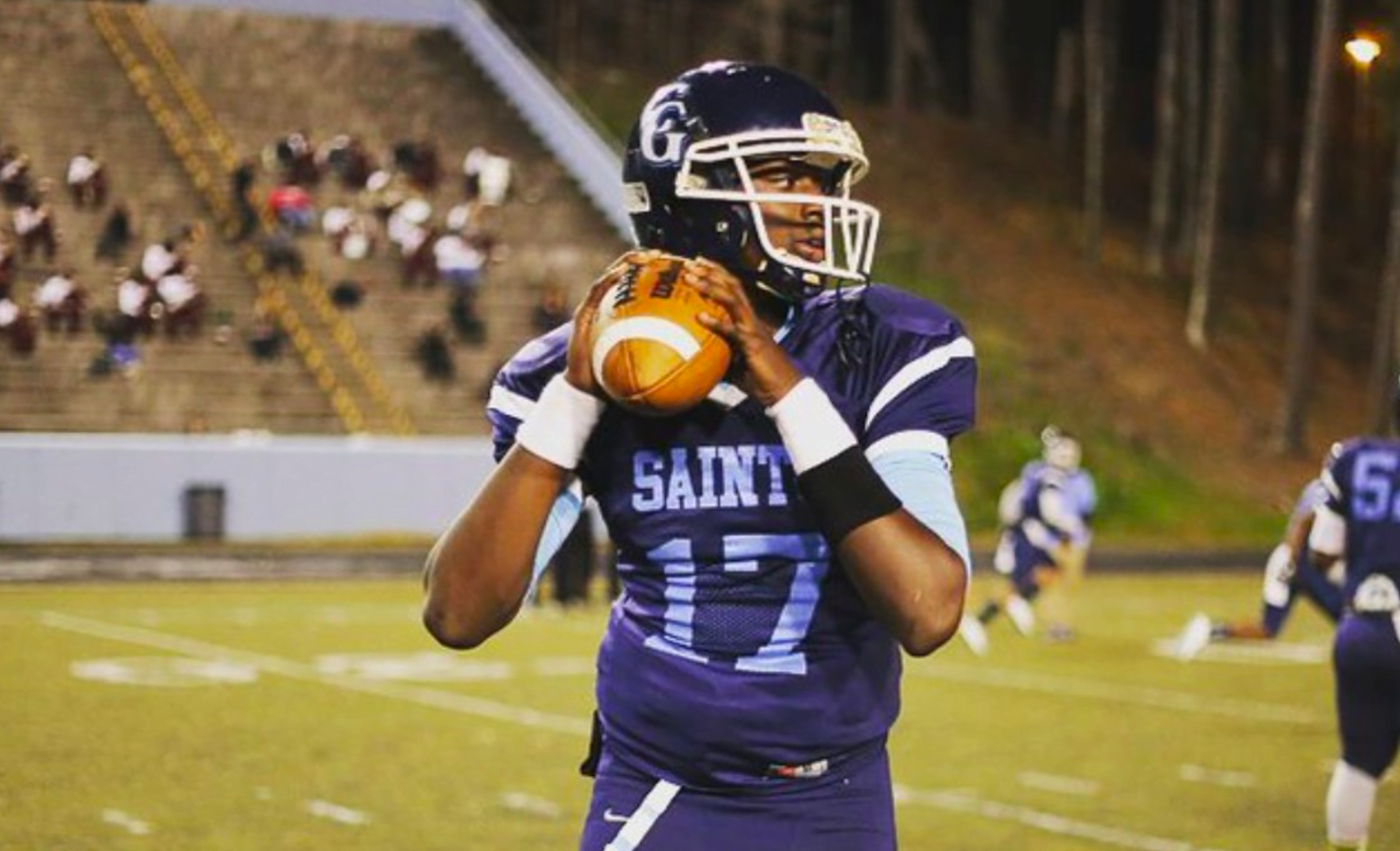 Mike Gundy spoke with the media for 45 minutes on Wednesday about Oklahoma State’s new signing class which has been completed. Gundy talked about his future stars more in-depth, but he also mentioned something about all of his new players.

Here are some notes.

“He has world class speed,” said Gundy. He noted that he could be running the Olympics four years from now. Said he has the capacity to get to 215 pounds and already runs a 10.5 100 meter dash. “He was committed really early. I had some doubt whether we could hold him this long. Very loyal. Mom and daddy raised him right. He gets it. He’s really fast.”

Told a story about how King called his mom after being on campus for two hours and said he was going to school there. His mom said, “What?” He said it felt like home and he felt like family. His mom also told Gundy he shouldn’t have cut his hair. “That was your swag,” she said.

“He’s a big man. Jelani is here [on campus]. He had a great year. They ran the table and he won a state championship. Lot of substance to him. Comes from a good mom and daddy. It’ll be really interesting to see how he develops. We’ll have an interesting spring because we won’t work Mason a lot. We’ll work the younger guys.”

Gundy talked about moms and dads a lot (hit a lot of BINGO spaces).

On Oklahoma Players (four of them)

“I’m excited about the class from Oklahoma. The talent from the state is getting better and better each year. With the budget cuts in this state, I’m not sure how that’s happening. We have a number of young men from Oklahoma that fit the criteria [we’re looking for]. I’m a big fan of wrestlers. When you’re out there on the mat, you can’t blame anybody else. You’re on your own.”

He told Odom that Marcus Keyes was the last guy they took a few years ago and he started all 13 games at LG in 2016. Odom was their last recruit this year. He was only added after Tyler Henderson flipped to Baylor.

“They’re very loyal and family-oriented. They understand structure and discipline. Their families have had to work extremely hard to get to this country. They get up and work every day. They’re thankful for who they are and where they’re at. That’s what we’re looking for here.”

“Multi-sport and players who play on both sides of the ball have infatuated us. He rushed for, I think, 2,000 yards. When you go down and talk to the coach, he put him at running back because that’s what he needed to do to win games. He was able to play both ways. Dad is a high school principal. Very intelligent people. Very serious. No nonsense.”

“[He was] 37-0 in his last 37 games as a quarterback. Big time wrestler. Heck of a shortstop in baseball. He’s a winner. When they showed me his tape, I couldn’t get the words out of my mouth fast enough, ‘You better go get him.'”

You get the feeling that if Gundy could only recruit wrestlers and baseball players, he would.

“LC is 6’3, he’s going to play at 230. He’s a big man. When we offered him, I don’t think he had any offers. Once he jumped on board, every other school in the Big 12 goes in and offers him in most cases.” He said this is typical. “Then we have to battle them and try to keep him. And I was concerned about that. We were able to hold him.”

You could sense some disgust when he talked about doing the work up front for other Big 12 schools who then swoop in and steal dudes.

“Braydon Johnson can fly. I doubt that he’ll run less than 4.4 or 4.5 once he’s been here a year. He allows us to take the top off the defense which is what we want to do anyway.”

“Tylan is a fast Josh Stewart. Stewart was tremendous in a phone both, but when he opened it up he was 4.6 or 4.7. I think Tylan has the same quick-twitch as him, but he’s going to run under 4.5. So that’s what you get with him.”

“We need to try to be an impact player for us.”

“He fits the Ofa/Mote role for us.”

“Patrick is an inside backer for us.”

“We’re real excited about Jake. He’s athletic. Soccer player. Punter and a kicker. He is 6’3 and will probably be 215 pound in a year or so.”

“Very athletic. I watched him play basketball. Watched him dunk a ball with his elbow up above the rim. He has to have at least a 34 or 35-inch vertical to do that.”

“Plays both sides of the ball. Tough guy. Comes from Gilmer — Gilmer is old school football. He’ll be a perfect fit for us.”

J.W. Walsh’s dad coached him in Denton and told Gundy: “You guys need to check this guy out. He’s one of the best I’ve ever had.”

Said his dad is a bigger better looking version of him. In better shape. They work out together.

He should be up and running in two months. He’ll probably redshirt. It’ll be interesting to watch him develop.