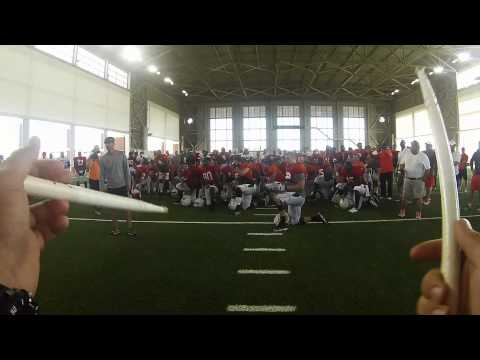 Remember when I said that Gundy was walking around like this after saying Daxx was going to play against FSU?

Now we have the video to prove it! On Tuesday the OSU band came into the indoor facility to play for Gundy’s 47th birthday and he basically did this exact walk/dance thing. The entire video is above but here’s an immortal GIF:

The band playing was apparently his wife’s idea.

That’s right, he’s 47 and we were running out of ideas,” Kristen Gundy. “The OSU band has always been special to us and my boys love the drum line. Wayne called me and brought up the idea and I thought it was an awesome idea and something he will always remember versus another shirt.”