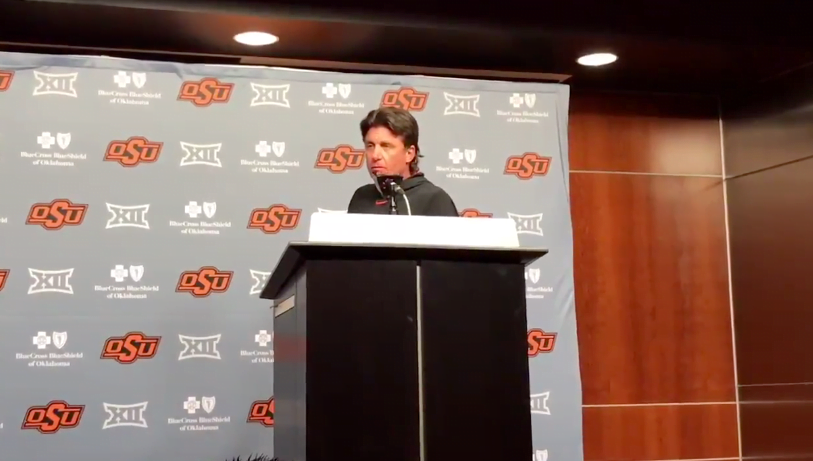 Mike Gundy’s been known to produce an entertaining rant or two over the years since he’s been the head coach at Oklahoma State, and Saturday — after OSU took down sixth-ranked Texas — he caught fire about social media and its impact on society.

“I don’t give a rat’s ass about Twitter,” said Gundy as he stuck his tongue out. “It’s a platform for people that are sitting home drawing unemployment checks sitting in front of a keyboard,” he said, again sticking his tongue out and making a fake fart noise.

“I just kind of feel like social media and Twitter is kind of what’s destroying this country anyway,” he continued. “That’s how I feel about it. It gives people a platform to bitch, and then other people are needling it and they’re sitting at home and they’re late on a payment.”

You can watch the entire video below.