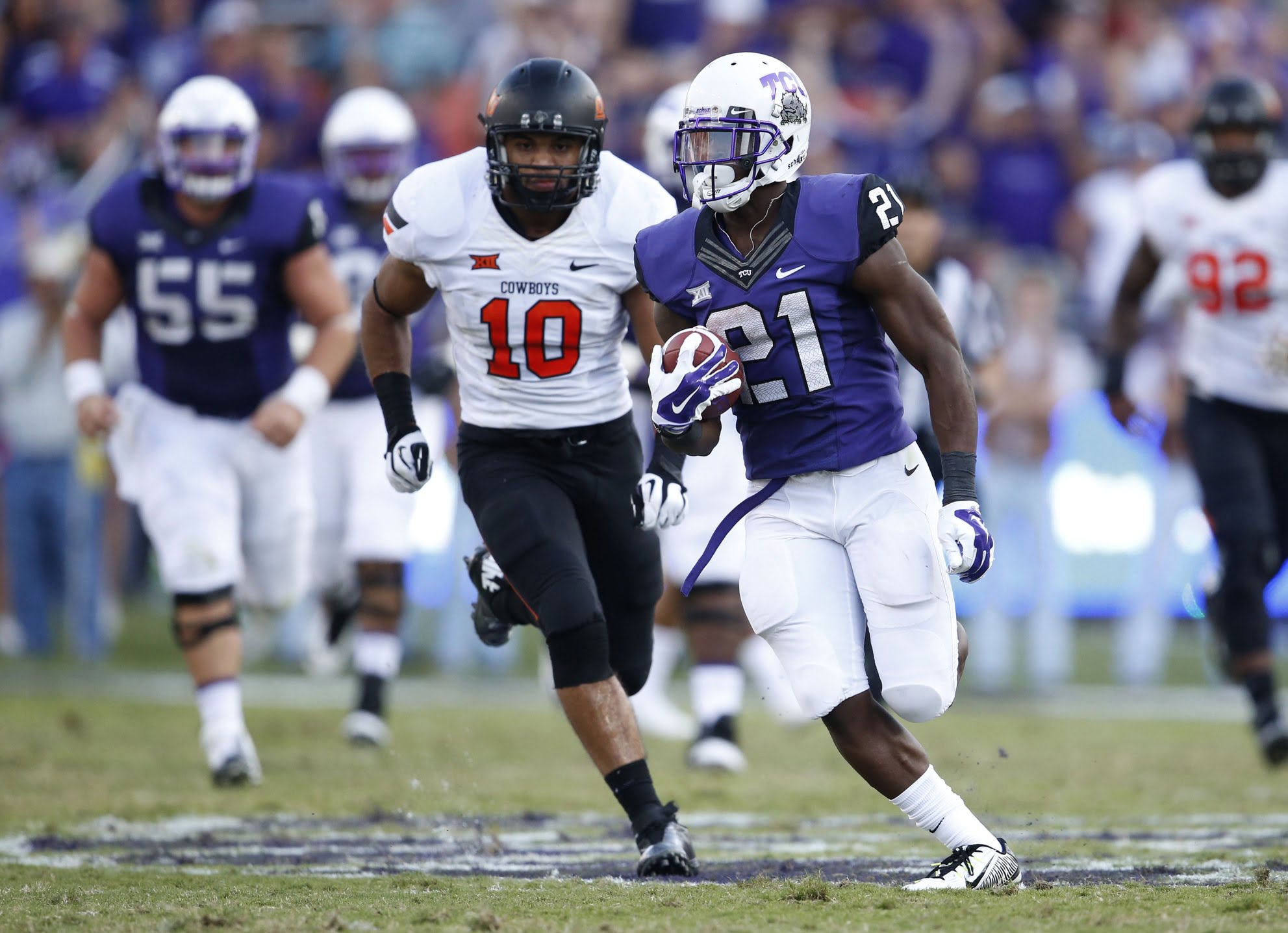 There was a lot of this last week. (USATSI)

Bob Stoops has a great philosophy after his teams lose games throughout the year (which he’s probably employing more often than ever of late).

I saw a little of that from Gundy this week and I liked it a lot.

One of the cornerstones of Gundy’s almost-10-year run in Stillwater is that he’s huge on obtaining (and playing) quarterbacks whose attitudes are right down the middle.

If I had a dollar for every time he mentioned how much he liked that Weeden-Chelf-Walsh-Zac-Daxx didn’t get too high or too low I’d be able to open an account at Boone’s hedge fund.

And presumably this is what Gundy wants from his entire squad.

“I don’t mind losing games,” said Gundy earlier this week. “I don’t like it, but I like when there’s fight and there’s a reason for it.”

“We’ve got a lot of work to do; but, we’ve got players willing to do it. Coaches are fine. Coach Gundy’s fine.”

Ignore the third person business and what we have here is Gundy trying to right a ship he knows isn’t going to unfurl the sails for another 12 or 24 months.

This is the beauty of a tenured coach to me — Gundy has a long enough leash to be able to build something tremendous every second or third year.

In the TCU game, OL Brad Lundblade became the 21st freshman to play for #OKState so far this season.

OSU was never going to win the Big 12 in 2014 but Gundy knew if he could steal a couple of conference games and get to a bowl game and all those extra practices then 2015 (and 2016) could be special.

It was actually encouraging this week as most folks following the program furrowed their brows to see Gundy say “hey, I got this” and…gasp…believe him.

He’s talking like a coach who has a long-term contract and an embarrassment of athletic riches in the two deep.

“When you look out there and see a lot of guys that are freshmen and sophomores, you’re like, ‘This is going to be fun in the future.'”

So while us fans try to take all the stickers off the Rubik’s cube and put them all back on in an orderly fashion, Gundy is going to be sitting there slowly, methodically twisting and turning it into submission until perfection is achieved.

Okay, really he’s going to have Glenn Spencer get him 90 percent of the way there and then click the final side into place and put his visor on and jog out of the stadium.