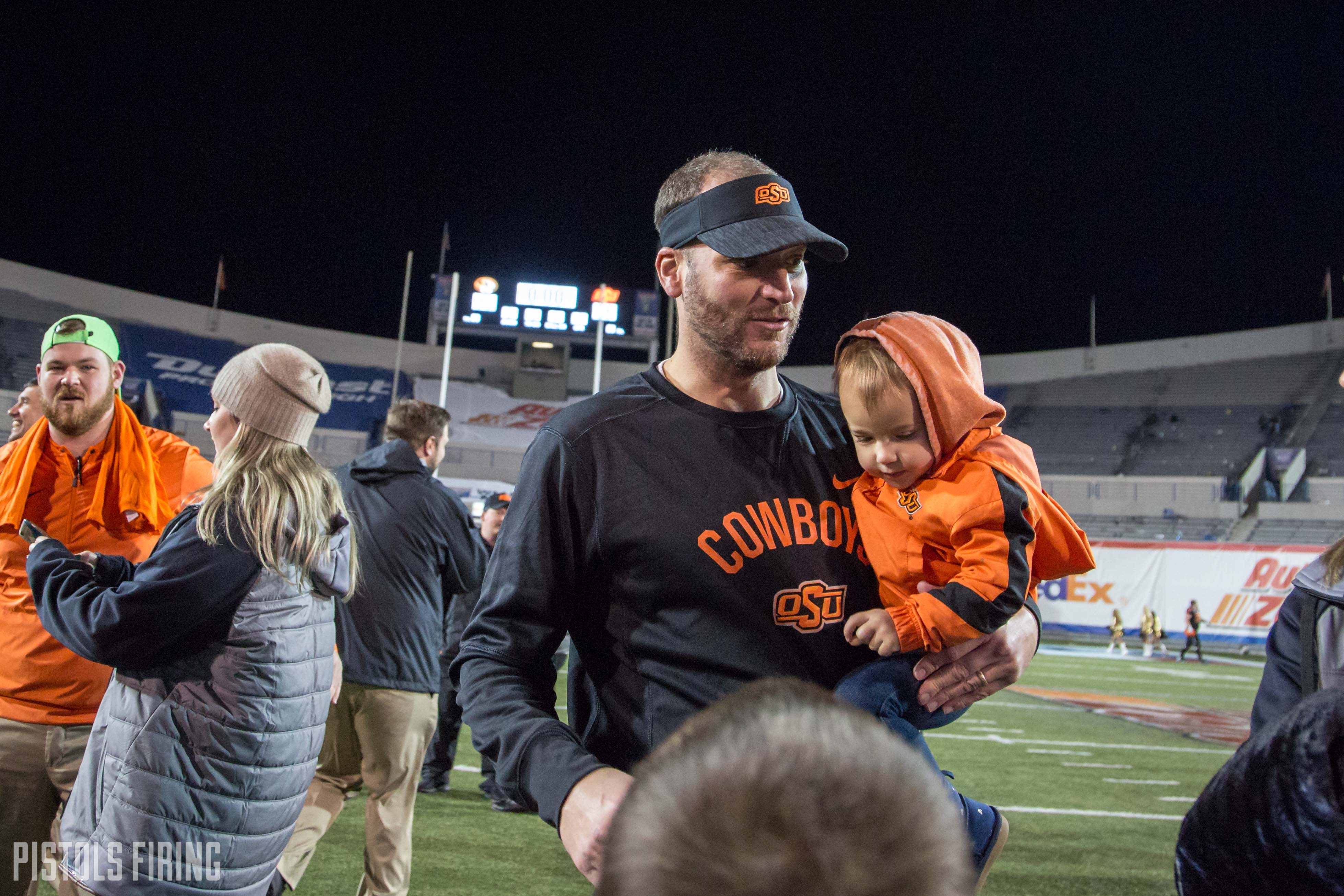 MEMPHIS, Tenn. — Again, a real headline. A report came out right after Oklahoma State beat Missouri 38-33 on Monday at the Liberty Bowl that Mike Yurcich would be moving on from Oklahoma State. To where? The report didn’t confirm, but there are apparently dueling rumors about both Tennessee and Ohio State.

Regardless, it appears that Yurcich is gone.

Mike Yurcich, Oklahoma State’s Offensive Coordinator since 2013, will no longer be with the program following the Liberty Bowl. A very reliable source told Go Pokes before the Liberty Bowl that the door to Yurcich’s office was half open with the key left in it and his office was completely cleaned out. [Go Pokes]

Mike Gundy was asked twice about the report in the postgame press conference, and he dodged it the first time.

“Nothing other than what we talked about yesterday,” said Gundy. “There’s a lot out there at this time. There’s a lot of coaches moving around. There are a lot of schools that are interested in Mike. It’s not anything different. It’s been that way every year.

“As a follow up from yesterday, we would love to keep him for a long time, but at some point he may move on. I’m sure we’ll know — I say in the next few days — but anything can happen. At this point nobody has told me anything that’s concrete.”

Before going back to his tried and true “two thumbs down-fart noise” move the second. Mark Cooper of the Tulsa World told him about the report from Robert Allen that Yurcich’s Stillwater office is cleared out.

Here’s what Mike Gundy said when he was told that there’s a report that Mike Yurcich’s office is cleaned out. ?? pic.twitter.com/ddchkcT4Uf

“I got no idea what his office looks like,” said Gundy. “I know you have to do your job, but let’s just stay with the bowl and the performance and everything going on here right now. No disrespect.”

From everything I’ve heard, Yurcich will be heading to Columbus to join Ryan Day & the Buckeyes. https://t.co/Fp8aaoOqVQ

I’m sure Yurcich has some kind of deal in place — my guess is Tennessee — but at the outset it looks like Tennessee and Ohio State are in a bidding war for somebody most people in OSU country are happy to get rid of. All of that is hilarious to me, especially since Yurcich’s finale (if that’s what it was) resulted in OSU becoming just the second team this season to pass the 500-yard mark against Mizzou (and they put up 502).

The offensive coordinators for both Tennessee (Tyson Helton) and Ohio State (Ryan Day) made $1.2 million in 2018, and both moved on to head coaching positions (Day obviously taking over for Urban Meyer in Columbus). Yurcich made $800,000 in 2018.