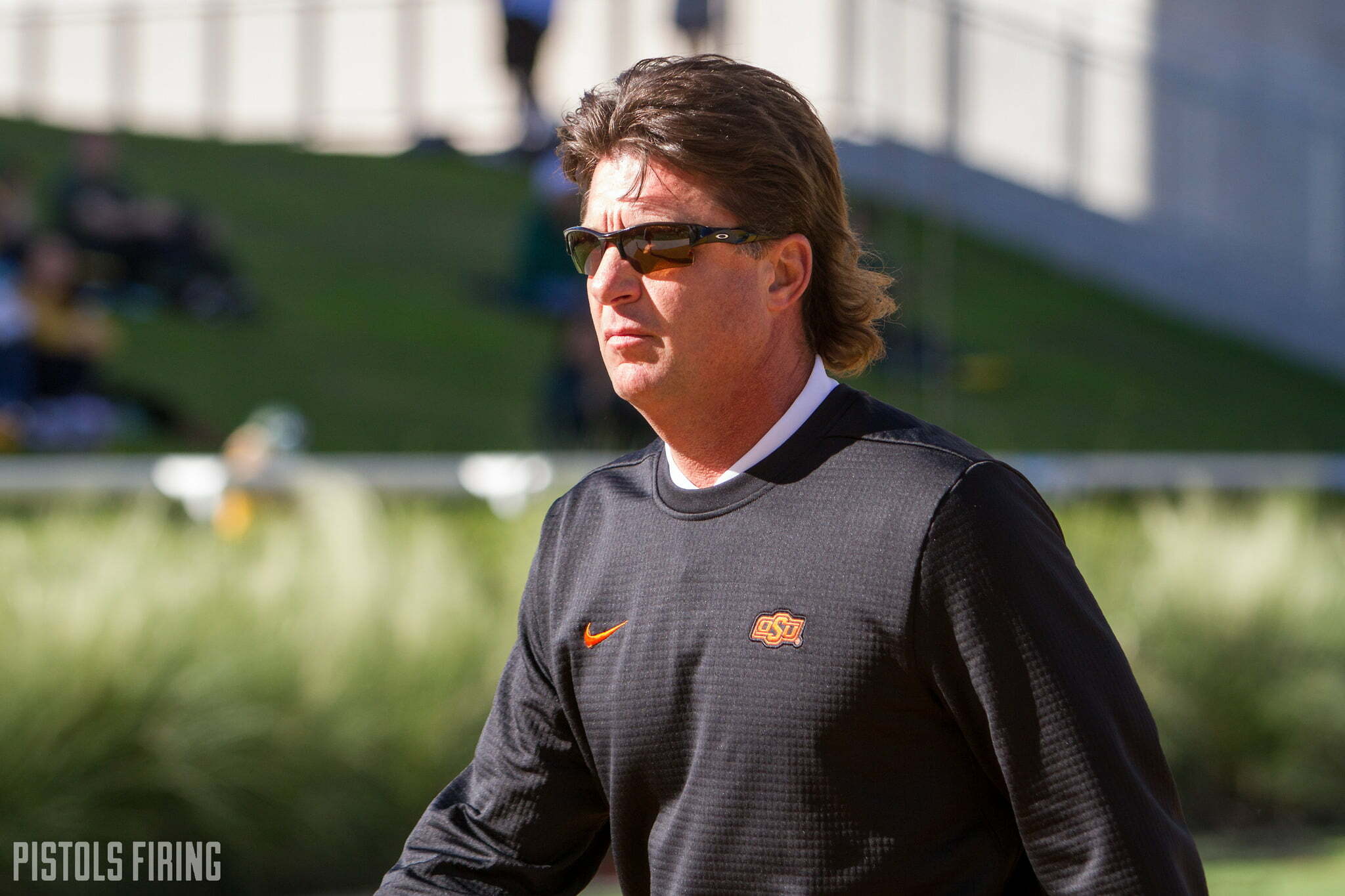 Oklahoma State inked what is currently the No. 46 recruiting class in the country — a few spots behind Northwestern, Indiana and Iowa State and a few ahead of Wake Forest, Vanderbilt and Washington State.

This is either an indictment on a program that is spiraling (according to some) or will turn out to be more proof that stars don’t win championships (according to others … who are wrong).

OSU landed just one four-star player and one player in the top 500 of the national rankings — TE Grayson Boomer — with a few more spots left to fill. Mike Gundy said on Wednesday this isn’t for lack of trying. He was asked about three-star QB Brendan Costello from California, who had one other offer — from Eastern Washington — when the Pokes swooped in.

“We go after every eight-star, six-star, four-star and every star in the world we can get around here and they all go to other schools at this point so we go get whatever else is out there,” said Gundy (ostensibly about QBs). 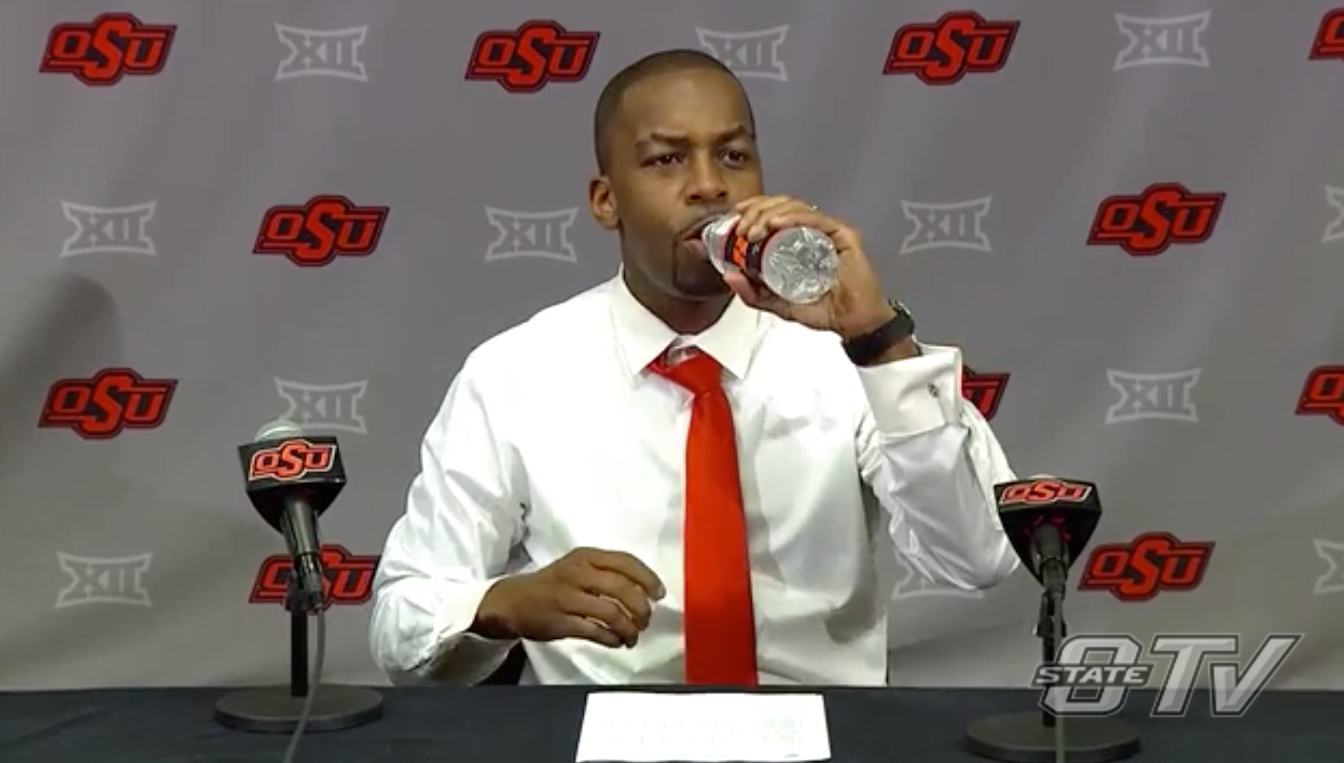 “Try to find the very best one that fits our system,” added Gundy, specifically about QBs. “… We kind of work our way from here out, and we usually end up on the east or west coast somewhere. There’s a number of guys in this area that we tried to get in on and they didn’t have any interest in us so we just go to the next guy.”

I understand that Gundy was talking about QBs here, but I think the quote can be applied more broadly. The numbers would say that OSU does not in fact go after every six- and eight-star guy in the world. And in fact, it goes after fewer guys than most teams in the country.

How many offers have Power 5 schools made for the 2019 recruiting class? The total offer counts as of this weekend, according to 247. pic.twitter.com/cKJaJaVjUs

I don’t think this is necessarily a bad strategy — and for years it’s been successful to the tune of 10-win seasons — but when you go 6-6 and can only land one of the top 500 players in the nation in the aftermath of a mediocre year, it becomes a bitter pill to swallow.

It’s also a little bit disingenuous, I think. For as long as Mike Gundy is the coach at Oklahoma State University, I will go back to this quote of his from 2015.

“We win 10, 12 games, and we can get in on these [five-star] guys,” Gundy told ESPN. “We would get in a little bit, but we didn’t finish. So right, wrong or indifferent, we’ve gone right back to know your area, find out who’s out there, this is what we’re looking for to fit our system. Do they like to play football? Do they have respect for themselves, which gives them a chance to be successful? Do they fit what we’re looking for? Do we believe in them? If so, we’re going to go for them.”

So are you going for the big stars or are you not? Because I’m hearing both narratives here.

Here’s what I think the reality is when it comes to Gundy: Recruiting is tough. It’s a lot tougher than making fancy Twitter edits and nice videos for Insta. It’s tougher than landing a chopper on somebody’s practice field once every five months. It’s a grind. One coaches like Lincoln Riley and Mike Boynton are engaged in but that somebody like Gundy — who believes he’s figured out how to win 10 games a year without having to fully engage that grind — simply doesn’t.

That’s fine. He’s done it his way, and I’m never going to bury a guy for maintaining what seems like (from an outsider looking in) a good work-life balance. But at some point that catches up to you. At some point you fail to land a NFL QB. At some point 6-6 turns into 4-8 instead of 9-3. Hopefully for him (and us!) that day isn’t anytime soon. Hopefully a different Sanders elevates the same Gundy, and OSU rocks for several more years.

But I remain skeptical about a future built on the backs of class after class of guys who were considered good (not great) in high school and will likely remain so in college.