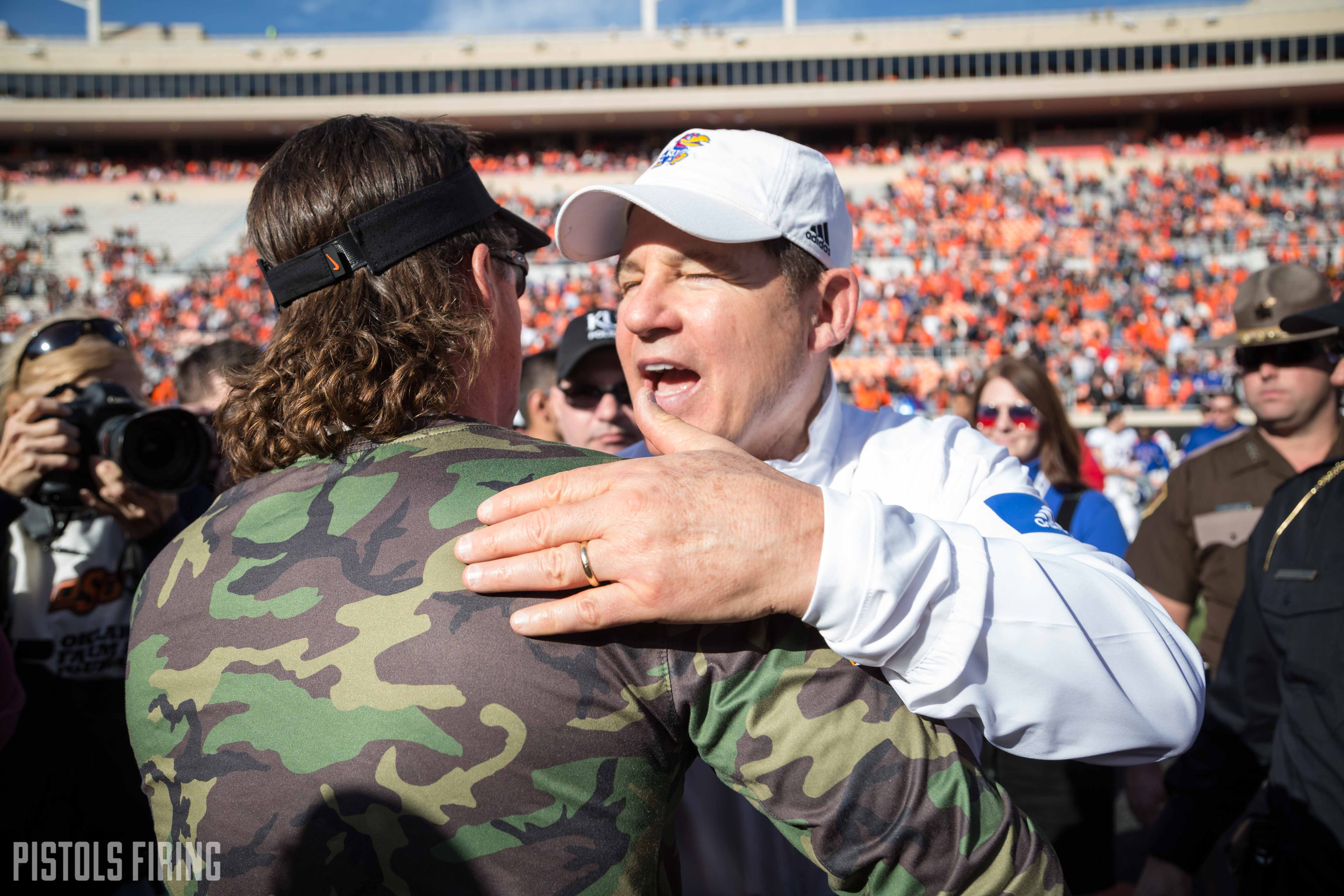 In their first meeting, the mulleted grasshopper defeated his grass-eating sensei.

“I enjoyed seeing Coach pregame and (wife) Kathy and (daughter) Smacker,” Gundy said. “We had a good conversation. I have a lot of respect for Coach, I hope he feels the same way. I asked him if he’s having fun, and he said he’s having a ball, which I’m sure he is. When the game’s going on, I never really notice who’s on the other side. I forget most the times. I’m so zeroed in on what’s going on. It was good to see him again, and I told him I hope everybody was healthy and gives him a chance to go onto the next game.”

Miles started his head coaching career in Stillwater in 2001. He was with the Cowboys for four seasons, where he amassed a 28-21 coaching record. OSU went to the Houston Bowl, the Cotton Bowl and the Alamo Bowl in consecutive seasons under Miles. Before he took over, OSU had been to one bowl game since Barry Sanders’ 1988 Heisman-winning season.

“I really like this place,” Miles said after the game. “These people here were kind to my family. I had two children born here. I enjoyed it and always look back and think how special this place is to my family.”

Two of Miles’ sons played under their father on the field he used to coach on. Sophomore Ben Miles is Kansas’ starting fullback.

Gundy was aware the Jayhawks changed quarterbacks, but it didn’t register right away who it was.

“Not until it was too late,” Gundy said on if he realized it was Manny. “He was in two or three series, right? Somebody said they put another quarterback in, and I should’ve known it was Manny, but I just got so many other things going on in my brain that I didn’t pay attention to it.

“Then (Stanley) came back in, who’s played really well this year which I told him after the game. He’s a good football player. We did a good job against him because he’s a good player. But I didn’t notice Manny being in there. I wish I would’ve paid attention and grabbed Manny after the game, but too many things going on.”