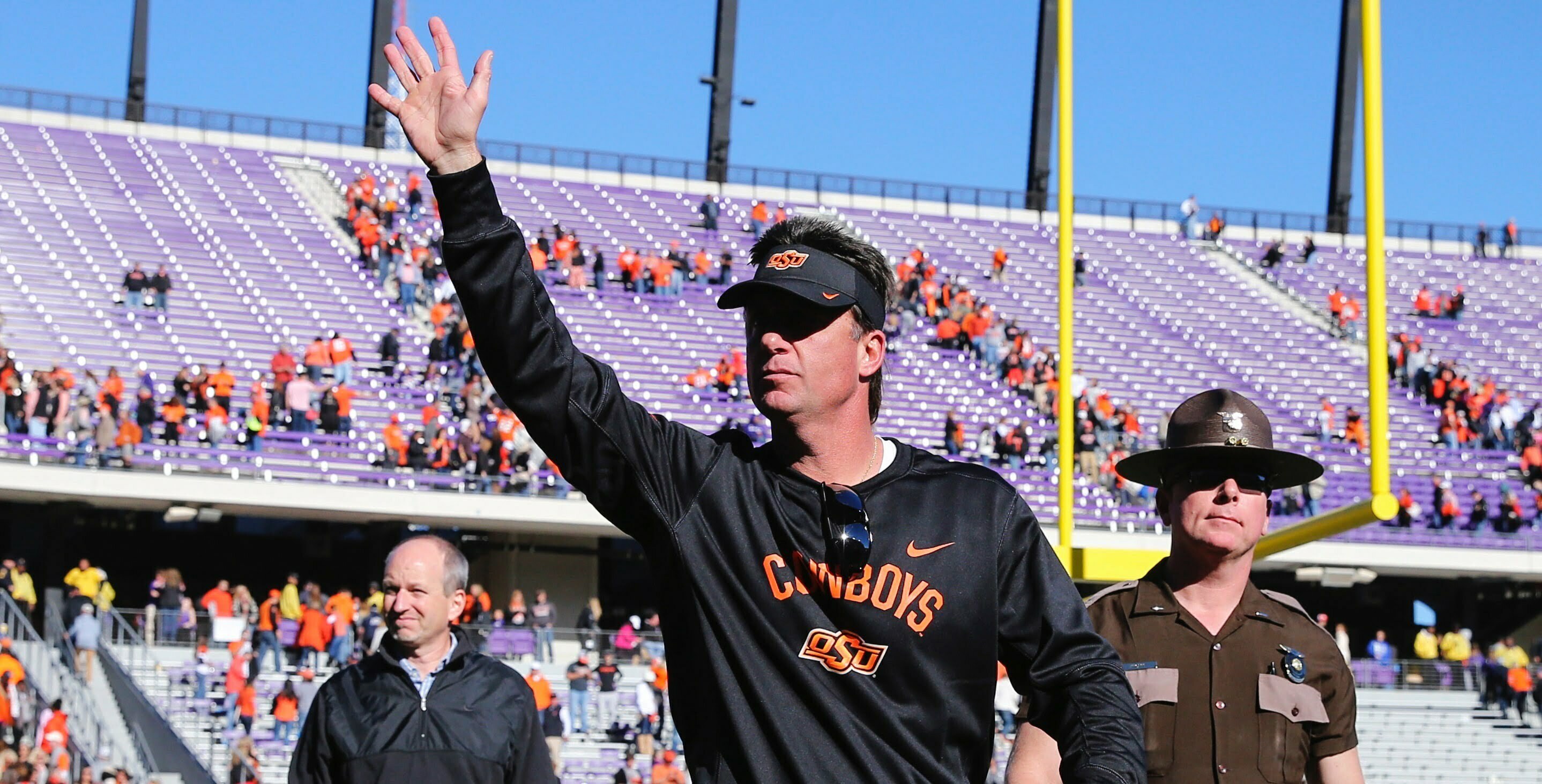 One of the themes of this 2016 Bedlam week is how much Oklahoma State has grown up when it comes to being recognized as a nationally-relevant program. Playing for four conference titles in six years will do that for a university.

Mike Gundy, however, deflected the recognition back onto the players and fans on Monday in his press conference. It was actually a pretty cool moment.

“I don’t think anybody …  would argue that over the last eight years — I forget how far back — but, that we’ve become a year-in-year-out top 20 program,” said Gundy. “So a long time ago, when we started this, my goal was to put a quality team on the field so that people that loved Oklahoma State football knew every Saturday we had a chance to win.”

It’s actually better than top 20, Mike. Here are the overall college football winning percentages nationally over the last eight years. This is for all teams over 70 percent. Oklahoma State is 12th. And it is actually 10th if you count only teams that have been in Power 5 conferences for that entire time.

“For me, there’s not a lot more that I think about than what we can do to be successful tomorrow. But, I do get satisfaction in knowing that we have changed the thought process and the mental approach or the outlook for the Oklahoma State fans that have watched us for years and years.

“It’s not only wins and losses, and you guys know me, but it’s what we’re doing off the field — last year we were 1,000 on our APR — our graduation rates, the success that our players have when they leave our program, all those things are important to us.

“You can make comparisons, but I think what’s happened here is about as impressive as anything that’s happened anywhere in the country in the last ten years.”

Eight, ten, whatever. The point is that it is amazing.

This is a world I want to live in!

So yeah, maybe Mike Gundy is weird (OK, he is weird) and maybe he hasn’t taken down Bob Stoops as much as we would like. But Oklahoma State is a national force in the college football world, and that, as Gundy noted, is impressive.