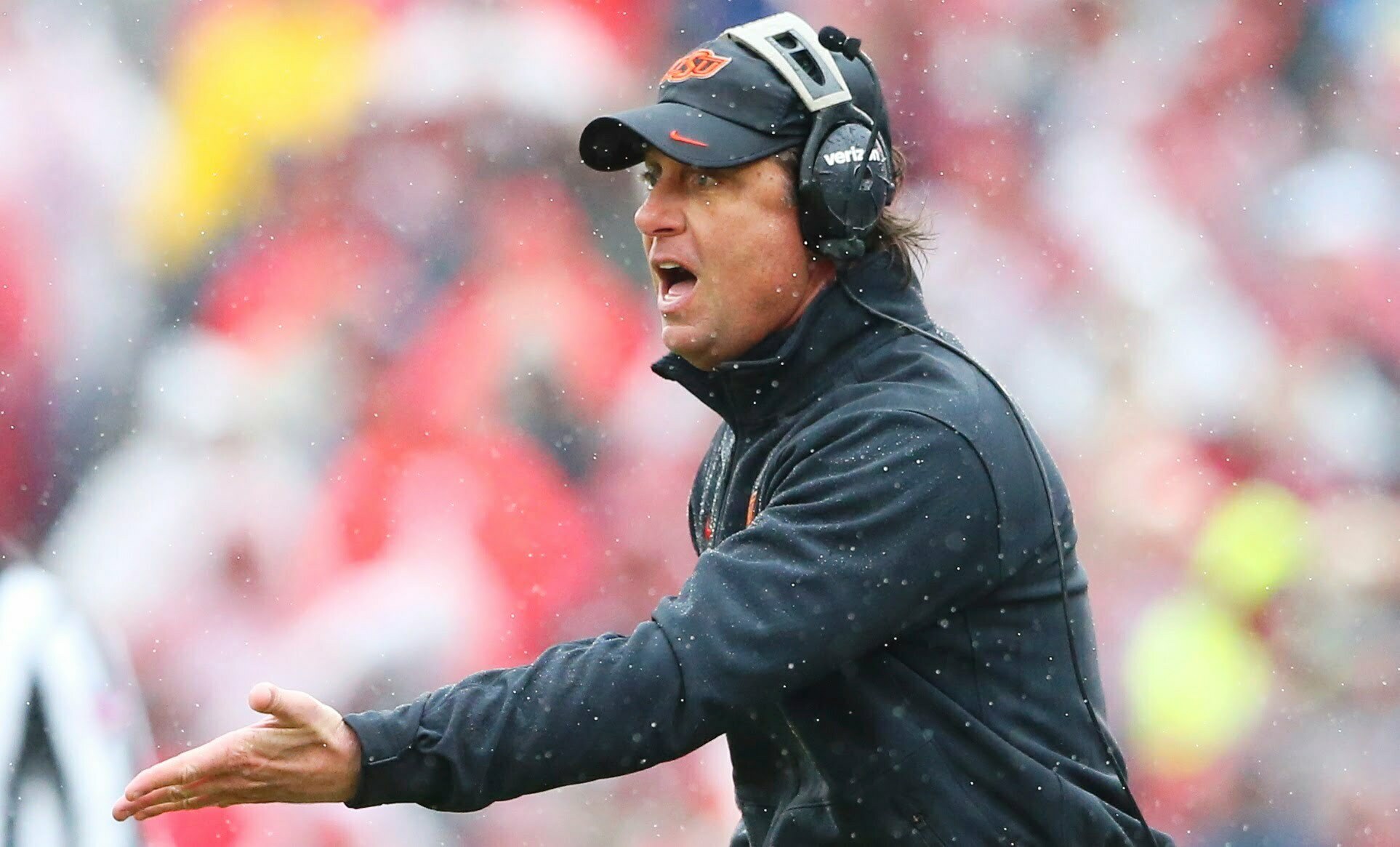 There has been a lot of chatter and confusion in recent days about Mike Gundy, his salary, a future buyout and everything else going on with Gundy potentially leaving OSU at some point in the future (something I personally don’t believe will ever happen).

Where do we begin. First, let’s look at Gundy’s salary and buyout. According to USA Today, Gundy made $3.775 million in 2016. He was the 22nd-highest paid coach in college football. We can match this up in his actual contact (which you can view here) and break it down into a few categories to see what he is owed over the remainder of the extension which he received back in 2012.

Salary is straightforward, talent is just part of his salary categorized a different way (I presume for tax purposes) and retirement is also straightforward.

So Gundy is owed a little over $12 million (not including bonuses) over the remainder of his contract. Except that he got an extension last year that Mark Cooper reported has not actually been signed yet (which is strange and hilarious). If that contract is signed, here is what Gundy’s future compensation looks like.

Let’s talk about a buyout. This is where I believe Gundy has leverage where others don’t. When he started flirting with Baylor, Oregon et al. last week, he had nothing to lose. Is OSU really going to buy out its winningest coach ever (by a wide margin)? No. Here is what Gundy’s contract says regarding a buyout by Oklahoma State (i.e. if he was fired without cause).

Again, you can view the document here. The way I read that (and it took me 10 times to read it), Gundy gets 75 percent of his salary plus talent money if Oklahoma State fires him. So everything but retirement. Here is how that is applied to both a future with Gundy signing his extension and not having signed it.

So let’s say Gundy didn’t actually sign his extension last year. Let’s also say Mike Holder woke up today and said, “I’m done with Gundy” and fired him. Gundy would be owed $7.7 million. If he did sign the extension, he would be owed a little over $13 million. This would get negotiated down (like it did with Travis Ford), but that is still a lot of money.

Speaking of Ford, he was owed a similar amount after being fired as Gundy is right now. The big difference? Gundy is actually a great coach.

For those wondering, if Gundy were to go to another school voluntarily, OSU would be owed $3 million by Gundy (or that school). I think part of Holder and other administration actually wanted (wants?) it to happen at some point. You get a $3 million head start on finding somebody to take OSU to another level and you rid yourself of the annoyance of Gundy talking to every school within a 1,000-mile radius every December. Either way, you can see why Gundy can afford to flirt.

OSU is not paying Mike Gundy $13 million or $7.7 million to go ride his tractor.