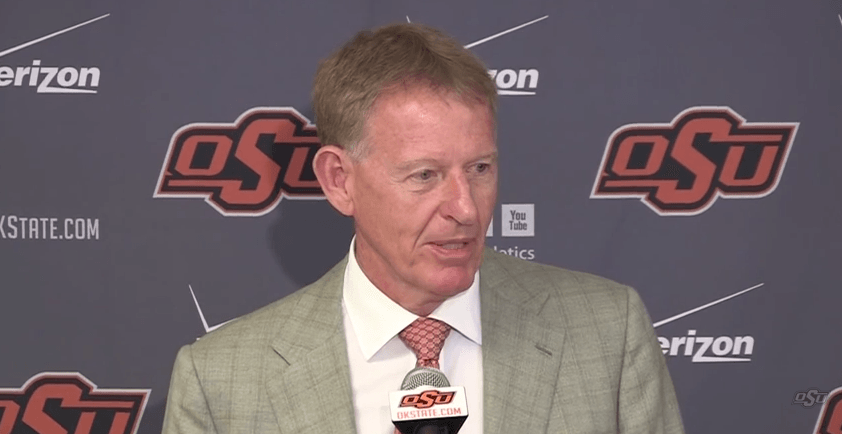 If Boone kept everything at bay for a few minutes, then Mike Holder delivered the dagger just a half hour later with this email to media members.

In it, he supported Travis Ford and spoke glowingly about the future of Oklahoma State basketball.

#OKstate Official statement from Mike Holder. Travis Ford will not be fired: pic.twitter.com/c1TzGORDzB

So Travis Ford will remain the head coach of OSU next year and into the future. I don’t think anyone doubts he wants to win games and championships, by the way.

This reeks of OSU not finding the funds needed to pay off the rest of Ford’s contract and just backing him anyway. Can you imagine that conversation?

“We REALLY wanted to fire you but since we’re overpaying you, we can’t!”

I’ll have more thoughts on this on Wednesday.