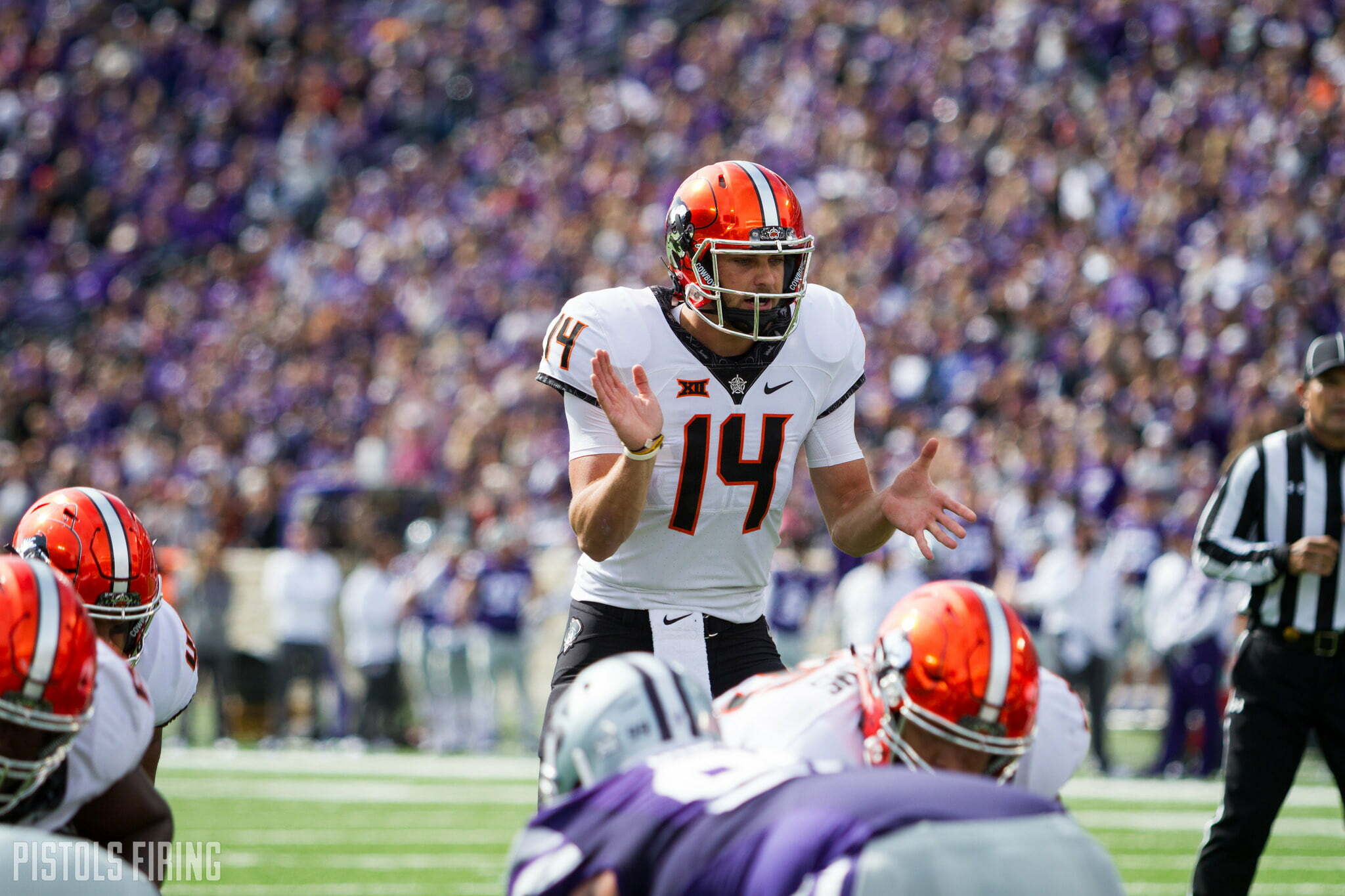 But that should not distract us from the fact that performance at the most important position on the field has not been up to Oklahoma State’s standards.

All of those other factors can still be present, and that can still be true. So save me the “Dru Brown would be running for his life too” statements. On Saturday, Taylor Cornelius had ample protection, had ample time and had wide-open receivers. But time and time again he was unable to connect on simple throws.

Coming off of the worst statistical performance of his career, and after posting the lowest passer rating by an OSU starter since that crazy West Virginia game in 2015, Taylor Cornelius seemed downright uncomfortable as he relayed back canned answers to reporters’ questions.

“We would like to be better,” Cornelius said. “But it is what it is, we have to move on we cannot dwell on the losses. We have to put some wins on the board.”

It’s hard not to feel bad for him. He looked like he’d rather walk back to Stillwater than stand in front of media members’ iPhones for five minutes. But to borrow a quip from his head coach, sometimes you have to put on your big boy pants. Answering questions is part of the starting gig, and with that performance he was definitely not beyond reproach.

With the QB job also comes shouldering the brunt of the blame when things don’t go right — and there was plenty to go around.

“Yes, I would say so. [He] didn’t play very well,” said Mike Yurcich when asked if Cornelius had taken a step back. “This is the first game that we came away, instantaneously, without reviewing the tape, and can say that he didn’t play satisfactory.

“That’s for sure. Understatement.”

Mike Gundy, who was stoic as ever following his team’s third Big 12 loss in four tries (the worst conference start since his inaugural campaign in Stillwater), recognized that there is a problem. But he may not be as keen on the solution that’s picking up steam among the fanbase.

“Not really,” said Gundy. “I didn’t think he threw the ball well today, but up until then I thought he played pretty well. But for whatever reason I thought he missed maybe six, seven throws where guys were open. So we’ll have to look and see, give him the benefit of the doubt.

“Up to this point, he’s really played well enough to not have any discussion at all at that. And I would be interested in seeing the video to see what was going on in those but y’all watched the same game I did, I just don’t think he threw the ball very well.”

To Gundy’s point, it hasn’t been all air-mailed go routes or end zone interceptions but this is what you get with a player who just isn’t up to OSU’s standard at quarterback. He’s average to good, not great. The ceiling is low and the floor is lower.

Hopefully that was a floor performance in the Little Apple. Cornelius is on a streak of four-straight games with an interception. His only game without one was his 243-yard, one-TD performance against Boise State. That’s also the one contest in seven in which OSU won the turnover battle.

Cornelius’ eight picks puts him at T-2nd in the nation. Only Rutgers quarterback Artur Sitkowski has thrown more (when a sentence starts with Only Rutgers quarterback… that’s usually not a good thing). He ranks ninth out of 10 Big 12 QBs in completion rate. The only conference QB with a worse average just did a cartwheel on Corn’s defense in Manhattan Saturday.

It’s entirely possible that Gundy is just saving a little face for his QB, that they will go to the drawing board during the open week and that we could actually see a change at the quarterback spot (it’s not like they changed the redshirt rule or anything). But my gut says he wasn’t and they/we won’t.