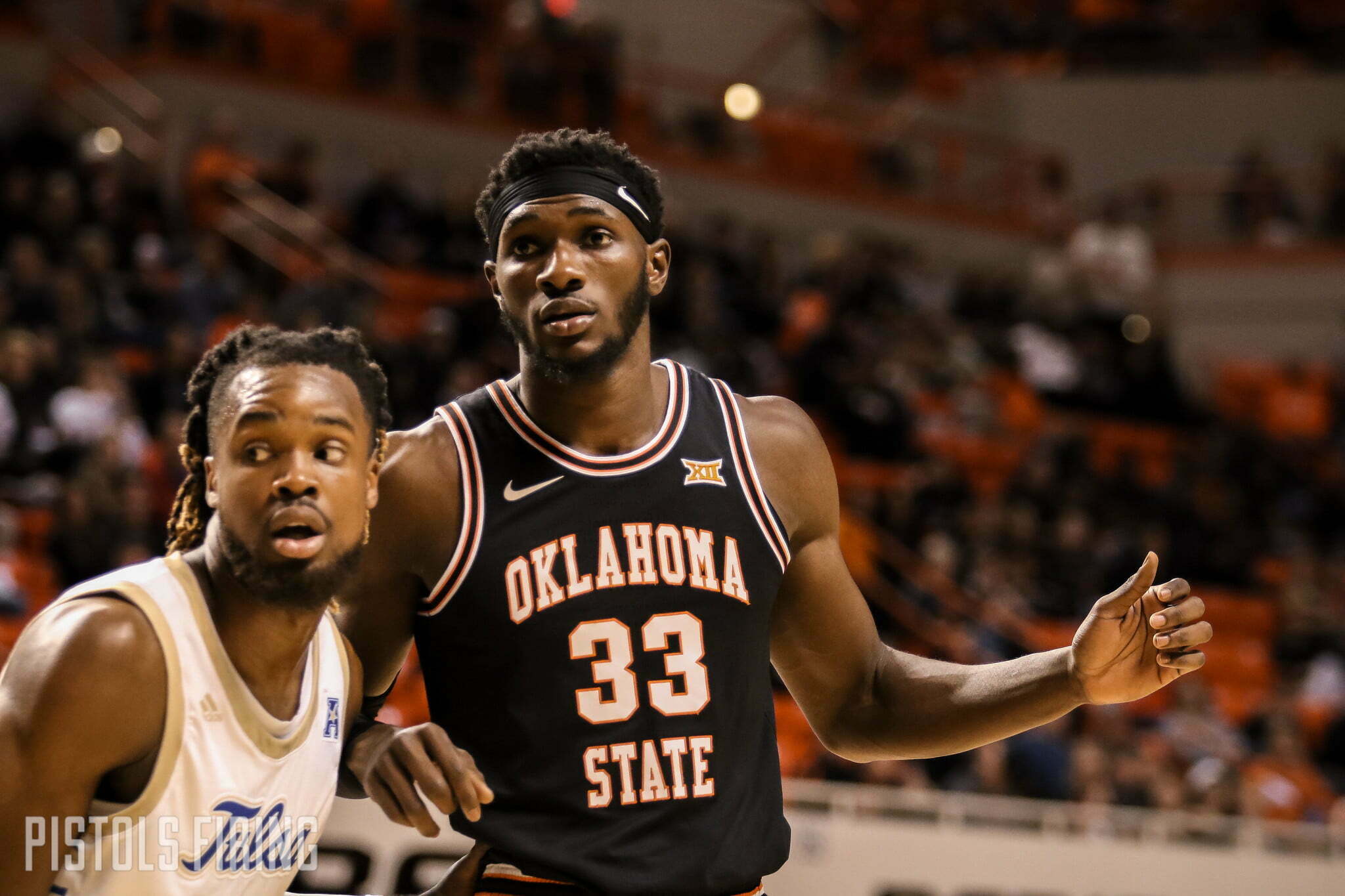 No. 6 Texas comes to Stillwater this Saturday morning, leading the conference and ranking 10th nationally scoring at 84.1 points per game. The Longhorns have scored 100-plus in two of their last four games and dropped 97 in a third. That’s what makes the big question of Cowboy center Moussa Cisse’s health even bigger.

OSU head coach Mike Boynton was asked about that during his media availability on Thursday. He stated that Cisse was doing “better,” but whether or not he sees the court, how much or how close to full strength he will be remains to be seen.

“He hasn’t practiced, but it was his ankle,” said Boynton. “There was some swelling there that subsided [Wednesday]. Still real tender so we’ll just kind of see. It’s kind of day-to-day at this point. Hopefully, he can get into practice [Friday] and then we’ll see where he is on Saturday.”

Cisse, who tied for Big 12 Defensive Player of the Year last season, has taken a big step forward in terms of his offensive game so far this season. He entered Monday’s contest against West Virginia boasting five double-doubles in 13 games. Cisse was well on his way to No. 6 before he went down with a nasty turned ankle on Monday. In eight first-half minutes, he scored six points, was 3-for-4 from the field, grabbed two rebounds and tallied a block and a steal. He returned in the second half momentarily but was obviously hampered.

Cisse’s value to OSU can’t be quantified by numbers, but let’s give them a shot anyway.

The Big 12’s leading shot-blocker also sits atop the league in defensive rating and defensive win shares, and he leads the Cowboys in box plus/minus. He’s known for his rim protection, but Cisse also leads the conference in rebounding which is a big reason the Cowboys lead the league in rebound margin. According to KenPom, Cisse ranks third in the NCAA in defensive rebounding percentage.

That’s a lot of first-chance and second-chance opportunities that are denied to opponents.

Boynton pointed to a next-man-up mentality and the rigorous practice schedule that facilitates it.

With Cisse sidelined, Tyreek Smith played a season-high 27 minutes and shared the team lead in rebounds (six) with fellow big Kalib Boone. Including the two minutes Bernard Kouma played on Monday, he’s sitting at nine minutes so far this season, but in his short time on the court, he drew a charge. OSU also has the talent and personnel to play a smaller rotation.

“Obviously, we’ll play a little bit smaller, no question,” said Boynton on if Cisse can’t go. “I don’t know if I’ve thought about that in specific detail, in terms of rotation. But obviously, what comes to mind is maybe Tyreek [Smith], his minutes go up and maybe Q [Quion Williams] and Woody [Newton] have to play more and you just kind of got to see, defensively, how you plug the holes. And Bernie [Kouma] showed that he could give us some minutes as well.”

Even if Cisse sees the floor, there’s the question of whether he’ll be his usual uncanny athletic self. If he’s limited in any way, the Cowboys will need significant contributions from the rest of their big men.