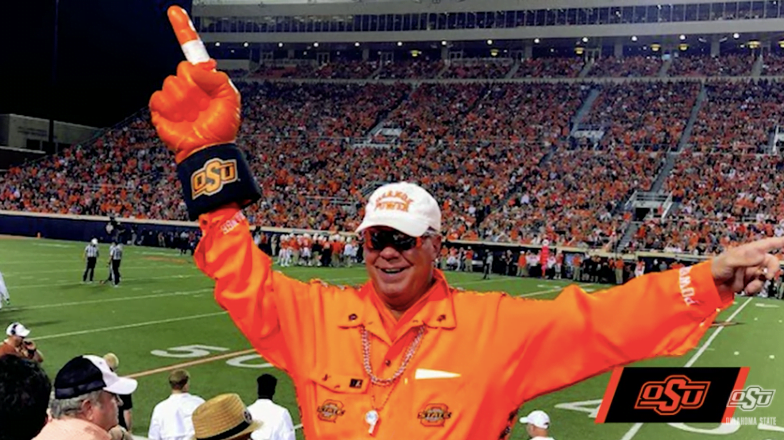 Lee Redick, known best among the OSU fanbase as “Mr. Orange Power” for leading the “Orange Power” chants during sporting events, is retiring from his role after more than two decades, he told OSU’s Jessica Morrey in a feature story this week.

Redick has proudly donned a bright orange hunting suit in his role as OSU’s most recognizable super fan. You’ve likely seen him at football games. And more likely, you’ve heard him as he gets the famous “Orange Power” chant going at games with his booming voice, bright orange gear and big sign to get Cowboys fans engaged in big moments.

The role he thrived in originated in 1999 when Redick was at the Big 12 men’s basketball tournament. Redick said he used to yell “Orange” because it was his favorite cheer, but at the tournament, his wife encouraged him to ask others to join him in the chant.

“And it just took off,” Redick says. “It was just a magical experience. … It was just so much fun.”

OSU this season in Redick’s place says it will appoint an honorary “Stillebrity” to lead the Orange Power cheer. Before that happens, though, Redick offered one reminder about the chant before he leaves it in the hands of someone else about the purpose of the chant.

“Orange Power is done while we’re on defense,” he said. “My goal is to take a second and long and turn it into a third and long. Crowd will take over in a third-down situation, and we get the ball back. There’s strategy! We’re trying to help our team win. And Orange Power does it.”