Here are my picks, sure to go awry by noon today. 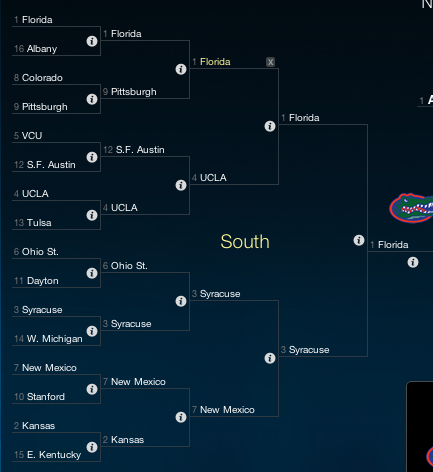 I don’t know what to do with Kansas. I think they can make the Elite 8 with Embiid but I sort of don’t think he’s going to risk playing (why should he?) I’m all in on SFA and I really wanted to pick Pitt > Florida. I think it’s tough to extend a winning streak like Florida’s this late in the season. 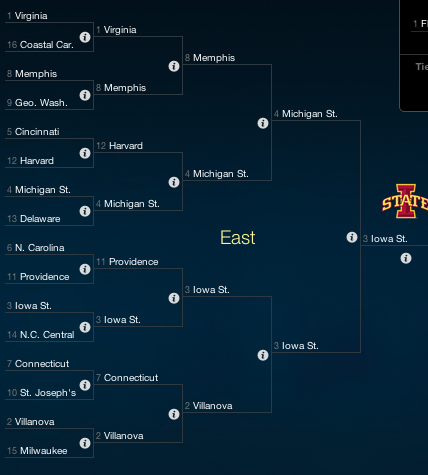 The teams I will be rooting for the hardest outside of OSU: Harvard, Creighton, Wichita State. I really hope we get an ISU-MSU matchup to go to the Final Four. That would be a war. Also, how do we have two “nobody believes in us” No. 1 seeds? 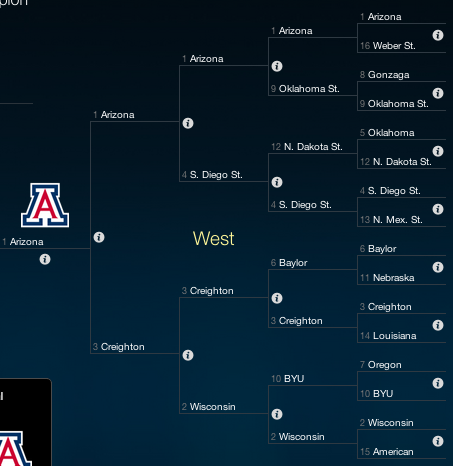 Pretty chalky in the West other than that NoDakSta W over OU (I will celebrate wildly). I feel like I’m too invested in Creighton/McDermott at this point. I’m not even going to enjoy their games..and I swear if Baylor upsets them…

We’re good enough to beat Gonzaga soundly but I think Arizona has too many horses. You could make the case they’re the best rebounding team in the country — that bodes not well. 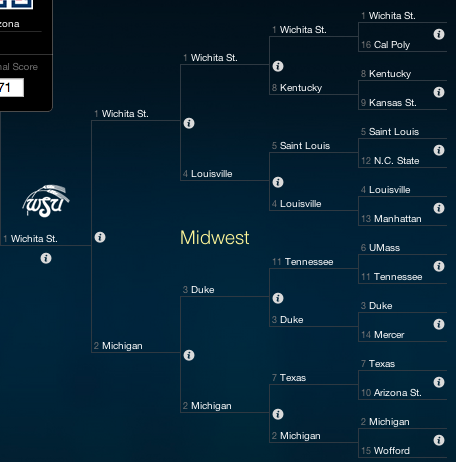 Another boring bracket from me (I used the ol’ 538-KenPom-who I want combo to pick these, by the way). Tennessee is better than UMass (they’ll probably be favored) and I’m not riding the Louisville train Mrs. Pistols is on. If we get a Wichita State-Creighton throwback MVC matchup, it will be hoops nirvana.

If they make it, I’ll be pulling for an Iowa St.-Wichita St. title game.