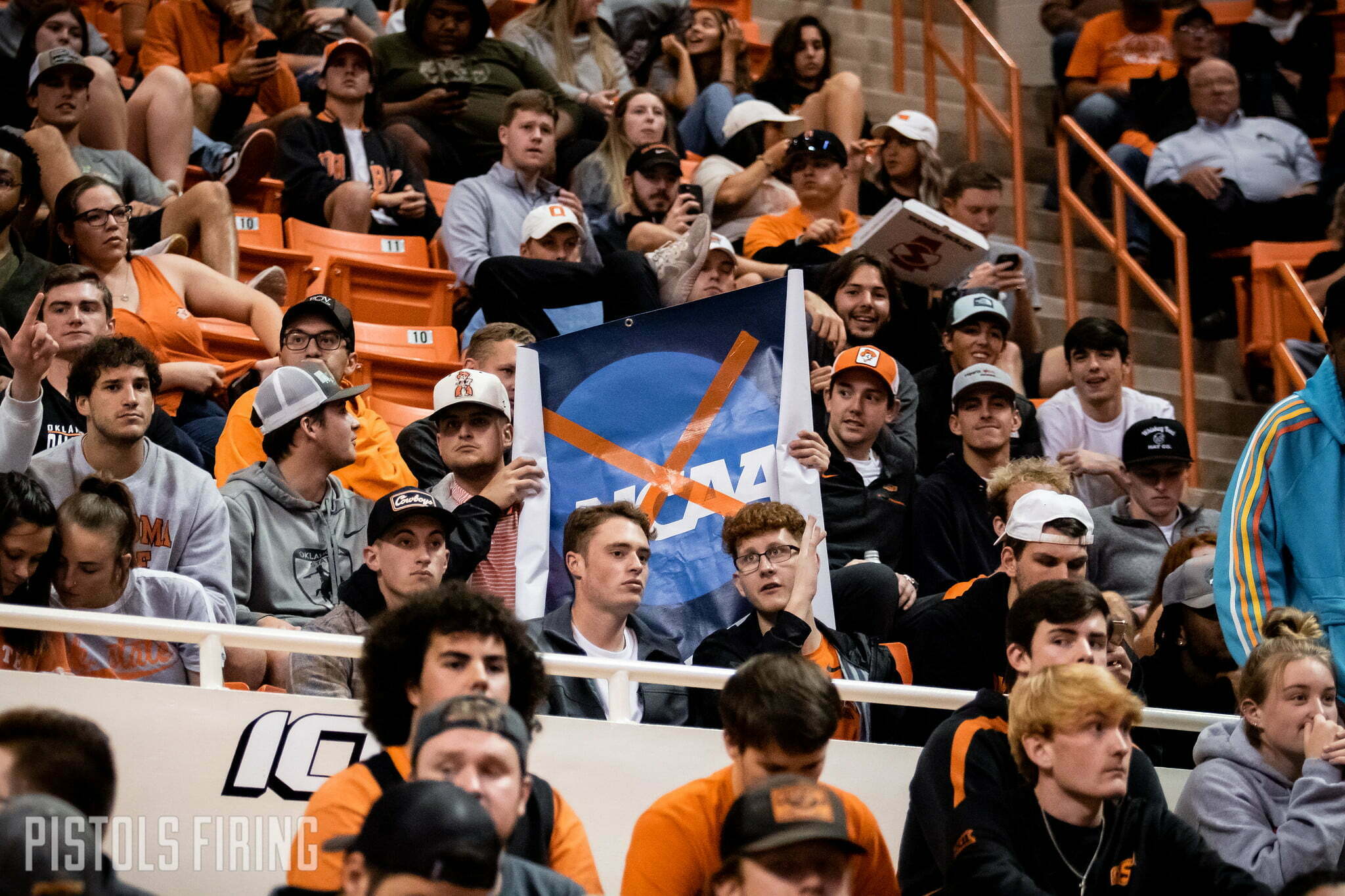 An emotional Boynton did not hold back tears, nor his feelings, on the decision, publicly calling out and naming members of the appeals committee in an address that opened with the phrase, “I’m disappointed, disgusted, appalled, frustrated, but somewhere in Indianapolis there’s a group of people celebrating.”

The NCAA has now fired back.

In a statement released on Thursday, the NCAA blamed OSU personnel for threats made on committee members and implied that the school misstated facts about the infractions process.

It’s important to note that the committee members’ names had already been released by the NCAA in its own releases before Boynton ever addressed the decision.

Comments by Oklahoma State personnel regarding its infractions case resulted in NCAA volunteer committee members and staff receiving threatening and offensive messages after being identified by name. This is unacceptable.

Oklahoma State personnel encouraged individuals to circumvent the NCAA member-created process that every school agrees to participate in as part of their responsibility to each other. Further, there is a troubling trend of misstating facts about the infractions process by schools that disagree with the infractions outcomes. Each member has the ability to seek change to the Division I infractions process, and there is a review group underway looking at how to improve the process.

This is also a clear example of the work that needs to be done to address issues and behaviors like this moving forward with the new NCAA Constitution and Division I Transformation process. We know that an adverse decision can be emotional, but personal attacks against individuals simply carrying out their responsibilities are inappropriate, unethical and potentially dangerous.

John J. DeGioia, NCAA Board of Governors chair and president at Georgetown

Jere Morehead, NCAA Division I Board of Directors chair and president at Georgia

This postseason ban resulted from an FBI investigation that found that former OSU assistant Lamont Evans had accepted bribes to point athletes toward certain handlers. One former OSU player received $300 in that case but paid that money back and served a three-game suspension. No one on OSU’s current roster was in Stillwater at the same time of Evans.