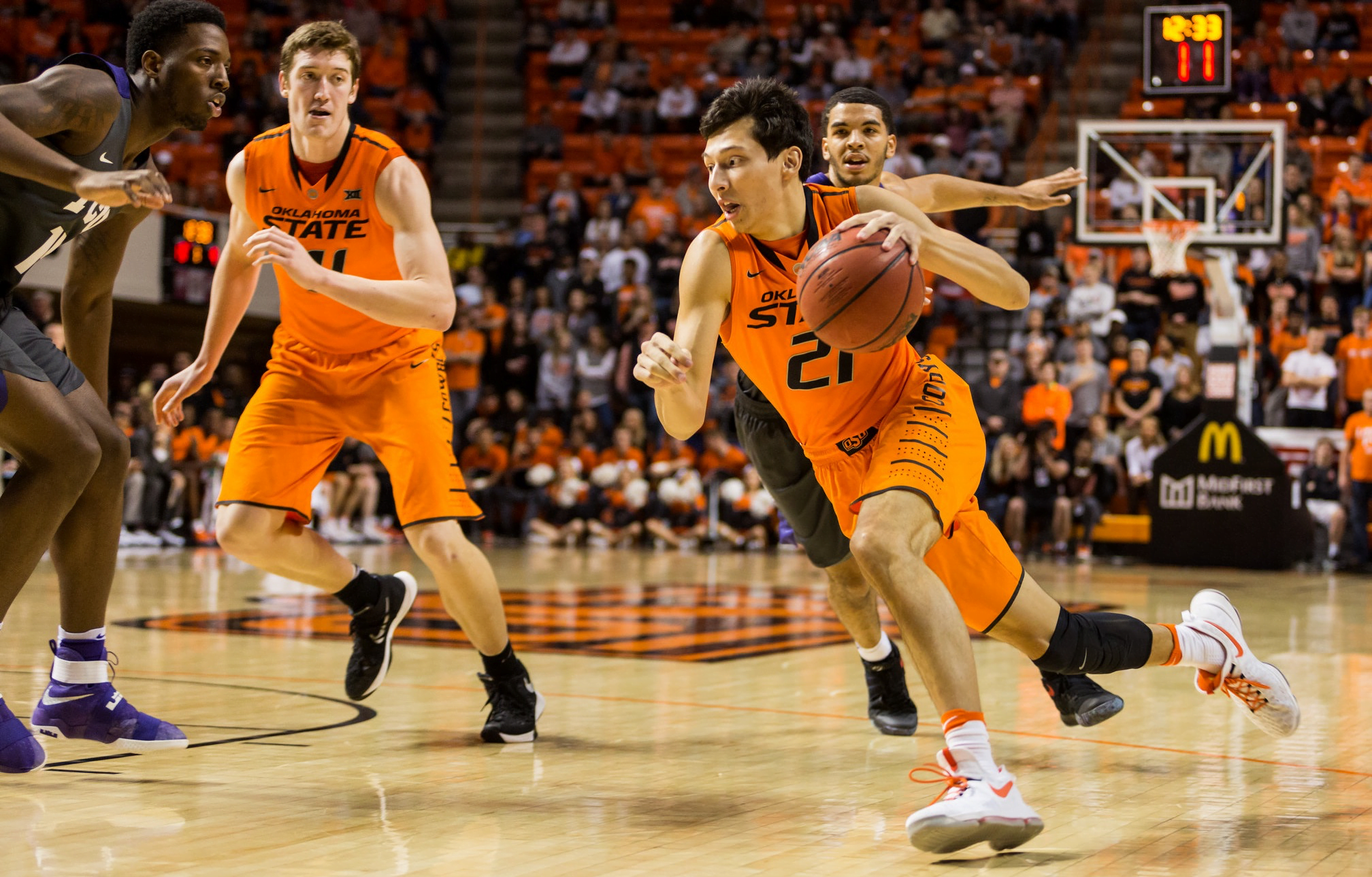 I looked back at all NCAA Tournament teams from 2002 – present (all 1,061 of them) to find the teams that are most statistically similar to this year’s OSU team.

I calculated the similarity scores using each team’s KenPom rating, offensive efficiency, and defensive efficiency (all are adjusted for opponent strength). So each of these teams will have a statistical profile similar to the 2017 Cowboys which looks like this:

In analyzing this list of teams, the first thing that jumped out at me was that most of them were seeded higher – many of them much higher – than our 10-seed 2017 Cowboys. Why? It’s pretty simple: teams that have this statistical profile tended to win more games that OSU did this year. The 0-6 start to the conference schedule (and 0-3 finish) really hurt this team in terms of seeding.

Teams most statistically similar to the 2017 OSU Cowboys:

2014 Michigan (2 seed): This young Michigan team (McGary, Stauskas, LeVert, and Robinson were all sophomores) breezed through the first weekend, beat Tennessee by 2, then lost to national runner-up Kentucky by 3 in the Elite Eight.

2017 UCLA (3 seed): TBD; you have to wonder how many wins Lonzo Ball and Co. would have had this year if they played in the Big 12 instead of the 6th-best conference.

2017 Michigan (7 seed): TBD; yes – out of the 1,061 teams I looked at, our opponent on Friday is the 6th most similar to our current team. Pretty crazy. Michigan was every bit as efficient as OSU was offensively in conference play – and their defense was slightly better.

Still, the best team in the Big 10 is a 4-seed, so I think it’s reasonable to wonder how battle tested the Wolverines are.

2015 Notre Dame (3 seed): Jerian Grant led the Irish to the Elite 8, losing to the Kentucky team that brought a 34-0 record into the big dance and eventually lost to Wisconsin in the Final 4.

2017 Wake Forest (11 seed): TBDDanny Manning’s squad bears some striking resemblances to OSU: 9-9 in conference play in one of the best conferences in America, capable of playing with the best teams in the country, has a penchant for scoring 90 points and losing.

2016 Notre Dame (6 seed): Last year’s Irish lost in the Elite Eight to UNC, but not before beating Michigan, Brad Underwood’s Stephen F. Austin by a single point, and Wisconsin.

As with almost all analysis in the NCAA Tournament, it’s difficult to draw a statistically significant result from this. Some teams did well, others did poorly. That’s the beauty of a single-elimination tournament where the best team doesn’t always win.

I thought it would be fun to see what 2017 tournament teams are most similar to old OSU teams. Maybe we can find a doppelganger for the 2004 Final Four team.

A note on that 2004 match: Virginia is loved by KenPom more than the selection committee – they are 7th in his system, and they have the No. 1 defense in the country. They only managed a 11-7 record in conference play, which looks quite a bit different than the 2004 Cowboys. Still, it will be interesting to see how the Cavaliers compare to Eddie’s last Final Four team.

Finally, three of our former teams (2002, 2003, 2013) match most closely to South Carolina. That team fits the profile of the Eddie teams without NBA talent (and a Travis Ford team with a future lottery pick): great defense – South Carolina is No. 3 in the country in defense – coupled with an average offense. The 2003 Cowboys that could have taken down eventual champ Syracuse in 2nd round were the best defensive team we’ve seen since 2002: 0.849 points per possession.