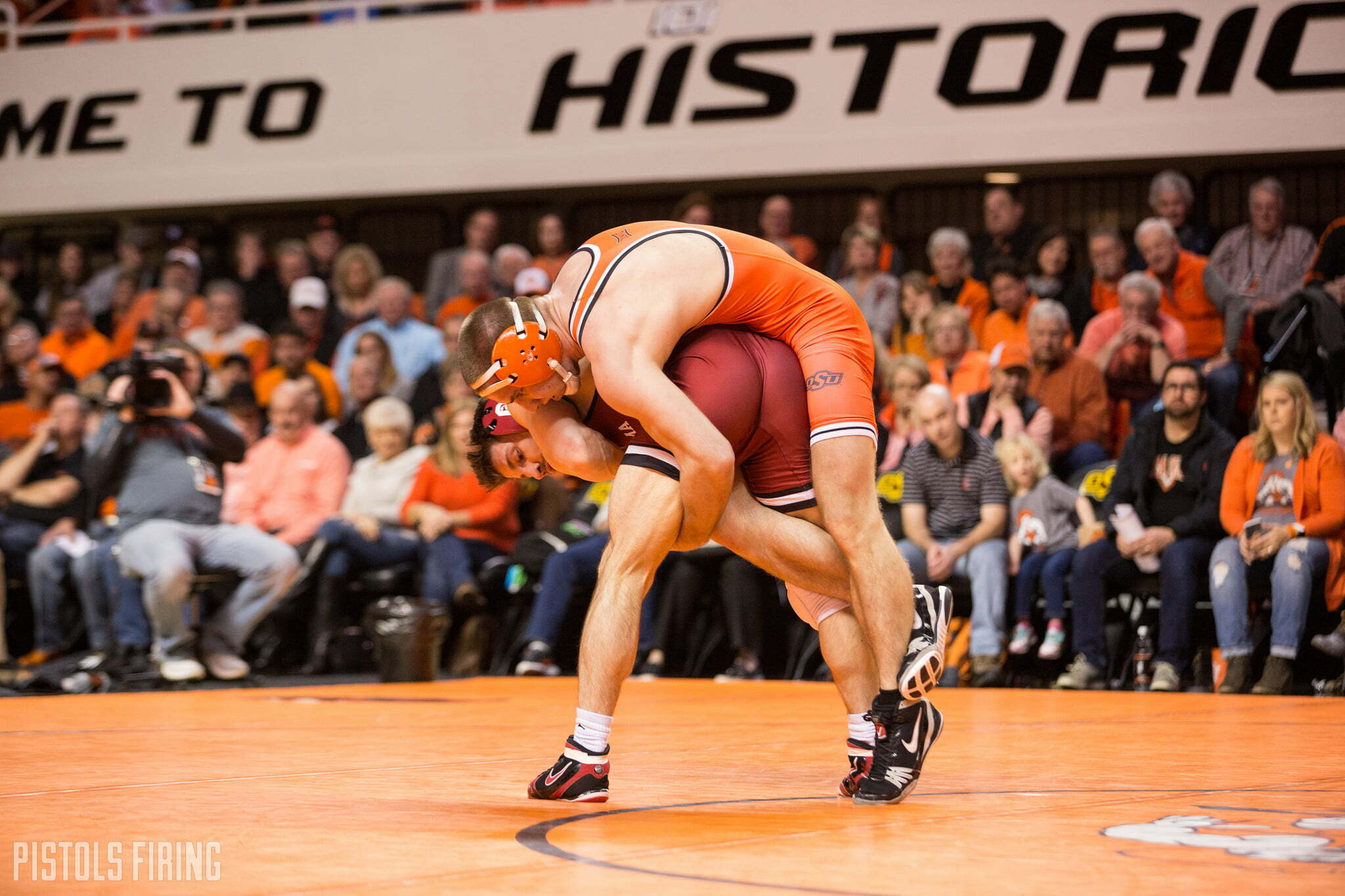 Brackets were released this week for the NCAA tournament and here’s how the Cowboys seeds shook out.

Everyone drew a seed except for Keegan Moore which was to be expected. I’ll try and dive deep into things in the next two weeks, but at first glance the draws aren’t exactly great. It could’ve been worse, but OSU didn’t get a bunch of awesome breaks either. Here’s a bit of an assessment.

Piccinnini’s spot at 125 isn’t bad. In theory he should win until he matches up with Iowa’s Spencer Lee. Nick lost the first one with him at Carver-Hawkeye, but seemed to have Lee figured out toward the end of the match. I think he could pull the upset there. It’ll be an interesting match.

Brock’s draw stinks. You wanted to see him get the 2-3 seed opposite No. 1 seed Seth Gross, where he would have a really good shot at getting to the final. It’s a lot tougher road going through Gross to get to the final, but Brock gave him fits at the Big 12 tournament, so I’d definitely give Brock a punchers chance here. He could pull the upset.

The two-time NCAA champ Dean Heil got the six seed, and his first big matchup will be with Yianni Diakhomihalis, a freshman out of Cornell. Heil’s seed to me wasn’t as big a concern as some of the other guys. It’s a deep weight so anywhere you’re dropped in here it’s tough. He “can” beat anyone in the country at this weight though, so he could make a run through and win. It’s tough to know how he’ll wrestle here though. Been a pretty up and down year for him.

At 149 Boo’s draw is really strange to me. The 8-seed is fine, but he wrestles a guy he’s wrestled twice in the last month in a Bedlam matchup first round then another Big 12 opponent second round, probably a rematch of the Big 12 final.

Personally I don’t like that and don’t see how that happens (?) Wrestling guys you see a lot in the postseason I’m not a big fan of, but Boo’s been beating them, so hopefully he’ll be fine. If he navigates those he hits the consensus Hodge winner from last year and will almost surely get sent to the consolations. He’ll have to fight back a bit to be an All American, but is seeded in the spot to do it.

Chandler Rogers’ 8-seed is a reasonable seed for him, but the draw’s not good. Second round he’ll probably have former teammate Chance Marsteller who was a super talented recruit who didn’t work out here, but has been wrestling well lately. That’s a tough match then if he wins he’ll have the 1-seed Isaiah Martinez. Had Chandler got the 7-seed instead, I’d say he has a legit shot at a semifinal run and maybe more. What he got here is tough.

To me Jacobe Smith got the best draw as far as having a chance to make a surprise run. He should have the 4-seed Jordan Kutler in the second round. They wrestled early this year and Jacobe pushed him to the brink losing by a point. Upsets there and in the quarterfinal aren’t out of question here which would get him to the semifinals and into All American status.

Not being seeded Keegan Moore, drew 4-seed Pete Renda from NC State. That’s not bad for him. He lost to him in the dual, but Moore looked good last weekend and this match will be right after weigh-ins. Moore doesn’t cut much, so that’s to his advantage. Also NC State hasn’t seemed to wrestle great at the tournament in recent years. If he wins that’s awesome. If not hopefully he comes back and gets some wins on the backside to build some momentum going into next year.

Weigel didn’t get a great seed or draw after his loss at the Big 12 tournament. Maybe the worst on the team. He can beat the 8-seed Rotert, but will have a very tough one with Kolin Moore in the quarterfinal.

I do believe a healthy Weigel can beat just about anyone. Kolin Moore is a very good wrestler though. It’s hard to see Weigel winning there, but if transitive property applies, Weigel beat the NC State kid who beat Moore, who hasn’t looked as invincible as I once thought he was.

White’s draw at 285 isn’t perfect, but it’s not as bad as what 165 and 97 got. Anywhere at 285 you’re going to eventually run into Kyle Snyder or Adam Coon, which is not fun for anyone. I think White can get past Hall, but there’s no beating Snyder. A few wins from there on the backside and he can get into All-American category which is what you want to see.