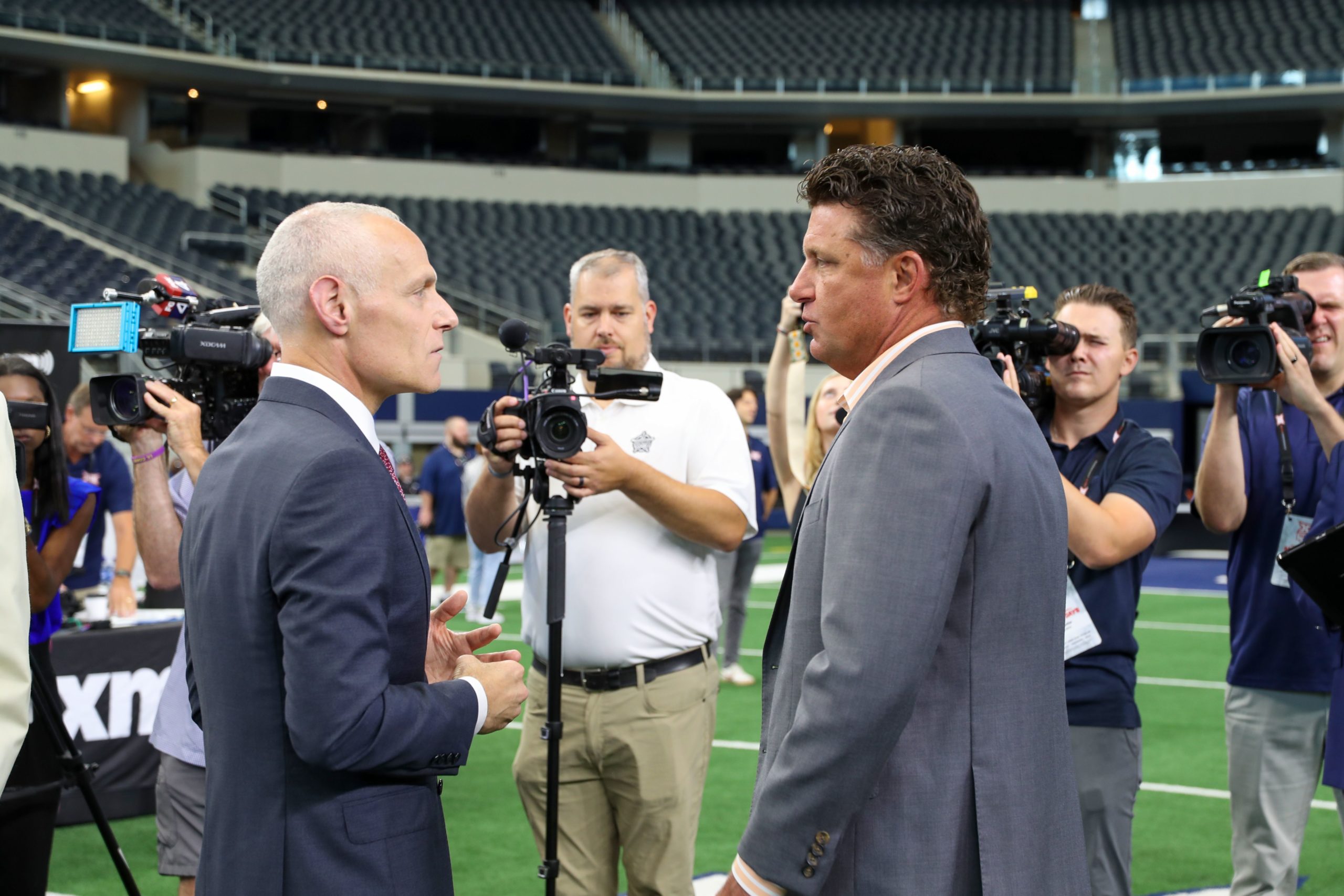 Brett Yormark’s official first day as Big 12 commissioner isn’t until Aug. 1, but he’s already preparing for the behemoth task ahead.

The Big 12 has an image problem, plain and simple, and it brought in a specialist to address it.

Over the last decade, national perception of the Big 12 as a football power has hovered between third and fifth among the Power Five leagues. And with its two bell cows set to join the worldwide leader in conferences, the Big 12 will likely drop another peg in the public’s estimation.

Fortunately, Yormark has experience dusting off and shining up name brands, sometimes even rebuilding them from the ground up.

He took the New Jersey Nets, an NBA franchise with a bottom-rung image and rejuvenated it during its move to Brooklyn. He turned the Barclays Center into a destination for myriad sporting and other events aside from the Nets, namely college hoops.

Add to that list a successful rebranding of NASCAR and the street cred he gets from his time with Jay-Z’s Roc Nation, and it’s easy to see why Big 12 brass looked a bit outside the box for its next figurehead.

Baylor president Linda Livingstone was on the search committee that chose Yormark to be Bob Bowlsby’s replacement. On Wednesday, she called him “a leader at the intersection of sports and entertainment.”

What exactly that intersection looks like under Yormark remains to be seen, but he did point to the use of social media and a focus on storytelling as a way to connect with fans. However he said he plans to build the Big 12’s brand, he’s set himself an due date — the end of the league’s current grant of rights which expires in 2025.

“One thing is crystal clear,” said Yormark, “there is no higher priority than to best position the Big 12 for its upcoming multimedia rights negotiations. Everything we do must create momentum for these negotiations, as well as building the value of the Big 12 brand and business.”

All of that brand-building will have to be done while simultaneously navigating the murky waters of NIL as well as the continental shifting of power conferences into elite mega conferences. No pressure.

Yormark acknowledged that there are challenges ahead, but would rather focus on the opportunities ahead of the league.

“From my perspective, again, Bob [Bowlsby] has positioned the brand in a great way, but I think there’s opportunities, as I learn a little bit more about the brand and our fan base, to become a little bit more national, to position our brand a little younger, hipper, cooler, how do we connect a youth culture, diversify some of the things we’re doing,” said Yormark. “And I think we have a great opportunity to do that.

“I’ve been in the brand-building business and the business-building business in my days at NASCAR where we took a sport from predominantly the South and where the roots were and made it a national phenomenon. Obviously, in Brooklyn we moved the team from the Nets, which was a bit of a depressed brand and franchise, and made it into a global brand.