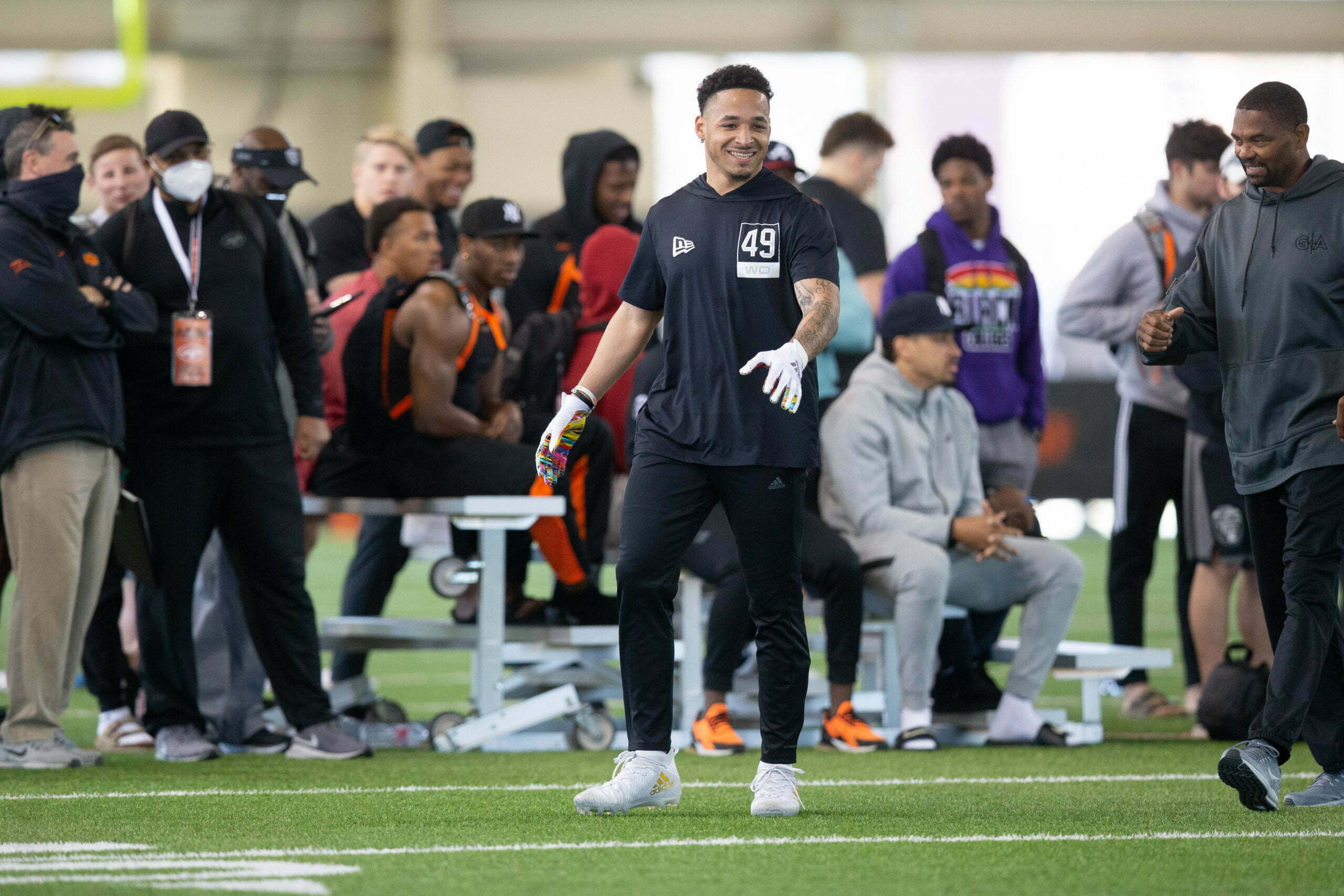 The NFL season finally returns Thursday night, and a former OSU standout is set to finally to make his return to the field a year after his season ended in Week 1.

We got our first taste of OSU football this past weekend, and now we’ll get a chance to see a handful of former Cowboys (including several recent Stillwater exports) make plays as the NFL kicks off its regular season this week.

Here’s a look at this week’s slate of games involving former Cowboys, and which to keep an eye out for, starting with Thursday’s matchup.

TV availability is subject to region.

Notable: After missing the majority of last season due to injury, it looks like it’s finally Jarwin’s time to take the reins of Dallas’ starting tight end job.

Notable: Johnson became a breakout deep threat for the Chargers last year but was then, somewhat unexpectedly, cut on Roster Day freeing him up to sign with the Jaguars. Now instead of catching bombs from Justin Herbert he’ll be catching bombs from first overall pick Trevor Lawrence.

Notable: After going undrafted this spring, Ogbongbemiga was impressive enough in camp and the preseason to make the Chargers’ 53-man roster, despite missing the final to exhibitions with injury. He’s currently on the three-deep. It appears that he’ll be active for Sunday’s season-opener.

Notable: Injuries and personnel issues caused Seattle (and Carson) to see a dip in production last year, but the Seahawks resigned their bell-cow back this spring and all signs are that they will return to a run-heavy gameplan, which should set up the former seventh-round pick for a third 1,000-yard season in the last four.

Notable: Chuba has solidified himself as Carolina’s RB2 behind Christian McAffrey, and he’s earned kick return duties. Get ready for some #Gone.

Notable: Washington is staying put in Steel City as of now, and Rudolph is one play away after solidifying his role as QB2 behind Big Ben.

Notable: Green made the Browns’ final 53-man roster this camp. After going undrafted in 2020, he appeared in two games for the Browns.

Notable: Williams, who fell all the way to the sixth round in this year’s draft, turned plenty of heads in training camp and in the preseason earning him a spot on the final roster. He’s listed as the No. 2 left cornerback on the Giants’ depth chart.

Notable: Ogbah had his best season as a pro last year in South Beach and heads into a contract year ready to build off a career-high nine sacks.

Notable: Hill was slated as the Ravens’ No. 2 back before it was announced that he had torn his Achilles during practice and would be out for the year. He has been placed on Injured Reserve.