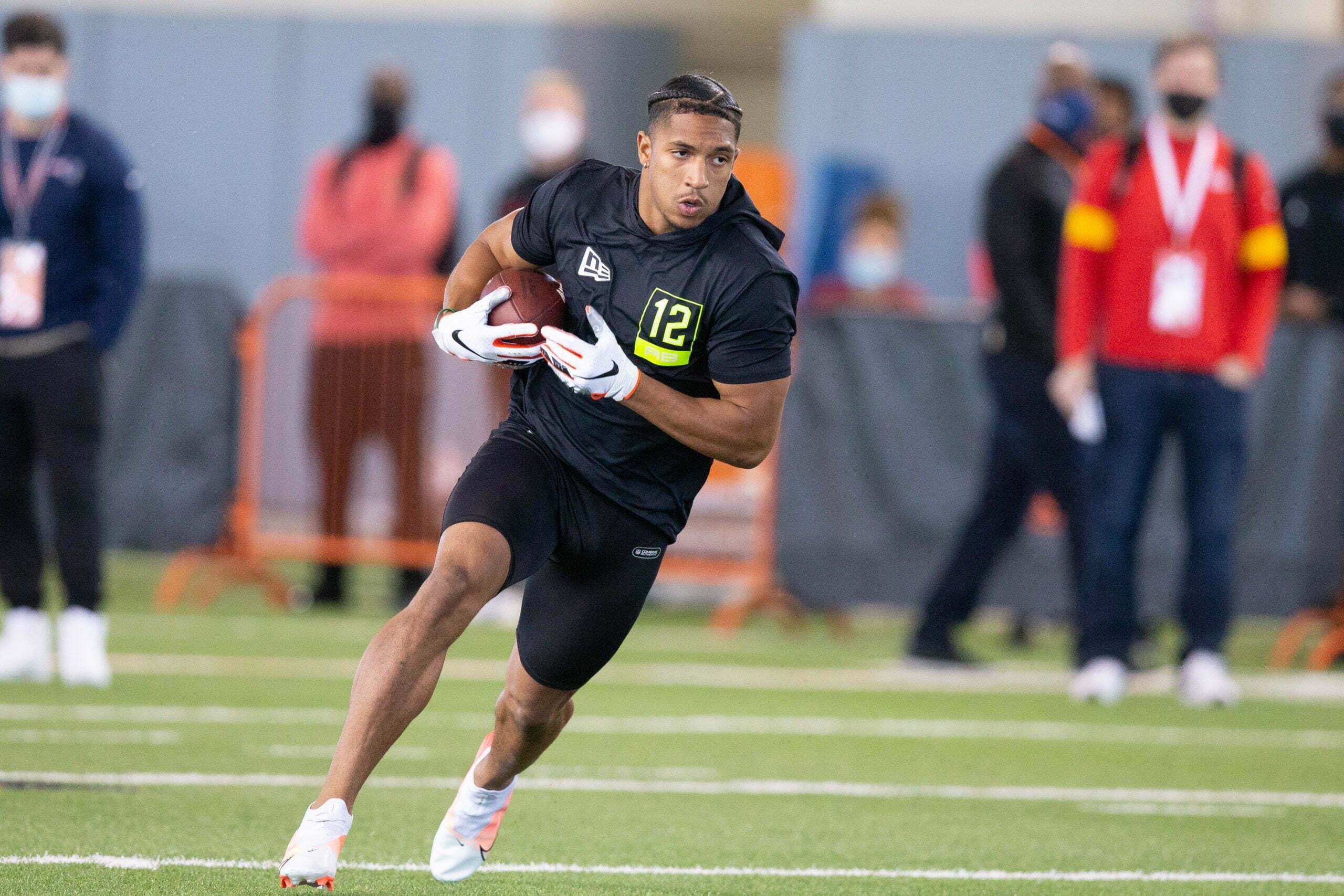 Chuba Hubbard had another big game and this time is helped result in a Carolina win.

His Panthers broke a four-game skid, thanks in large part to the rookie’s nice performance and his second career TD. Chuba rushed 24 times for 82 yards and this score. He also caught one pass for nine yards.

Since taking over for injured Christian McCaffrey, Hubbard has been Carolina’s workhorse. His 108 rushing attempts ranks him 10 in the NFL this season, and he’s recorded the second-most scrimmage yards among rookies (510), behind only Steelers running back Najee Harris.

McCaffrey is set to return to practice this week, and is eyeing a return at some point over the next to weeks. But Carolina head coach Matt Rhule said that, even when they do have their franchise RB back, he’d like to continue to spread the carries around. Hubbard’s early effectiveness has surely played a role in that.

Other Notes from Pokes in the Pros

• Chris Carson could return to practice this week, as well. He was placed on injured reserve due to a chronic neck issue on Oct. 15.

On Monday, Seattle head coach Pete Carroll was asked about the status of his leading rusher.

“He has to get back on (next) Monday and check in with the doctors to see where he is and show that he is okay,” Carroll said according to USA Today. “Then if he does, he will start practicing. We will find out where he stands once we get to practice. He’s really determined to get that done, so I’m keeping my fingers crossed for him, that he can get a chance to get back on the field and start working with us.

“That’s about as optimistic as we can be until we know more.”

• Tyron Johnson peeked out of Urban Meyer’s doghouse on Sunday during his Jaguars’ 31-7 loss to the Seahawks. He was targeted for the first time in a month, a deep ball that fell off of his hands.

Tyron did log one reception for 10 yards, just his second all season and first since Week 1.

• The Steelers moved James Washington into the slot position on Sunday, taking the place of injured JuJu Smith-Schuster, but his increased snap count from the previous week (eight to 34) didn’t immediately translate into more usage. He caught his only target for four yards. The Steelers defeated the Browns 15-10.