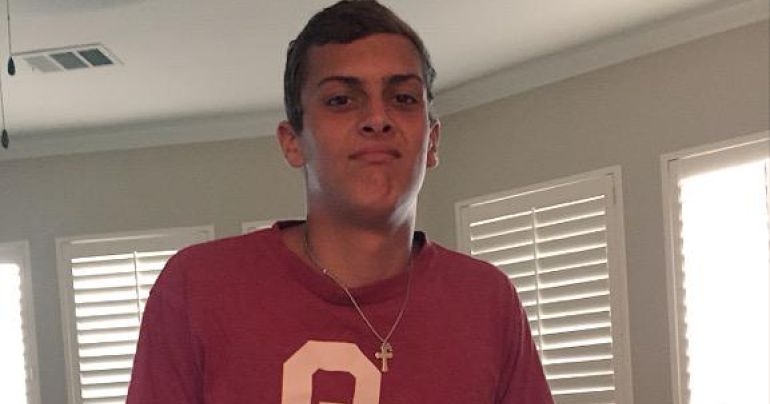 Starkel has been known to dog the Sooners a time or two already as an OSU commit, but it looks like this weekend he was forced to don the Crimson and Cream. He looked a little less than pleased.

@nstarkel2 ran out of shirts to wear so I made him wear this one?? pic.twitter.com/cNX72NJd21

As Starkel put it, it was either the OU shirt or going into the restaurant shirtless.

Probably should have gone shirtless.