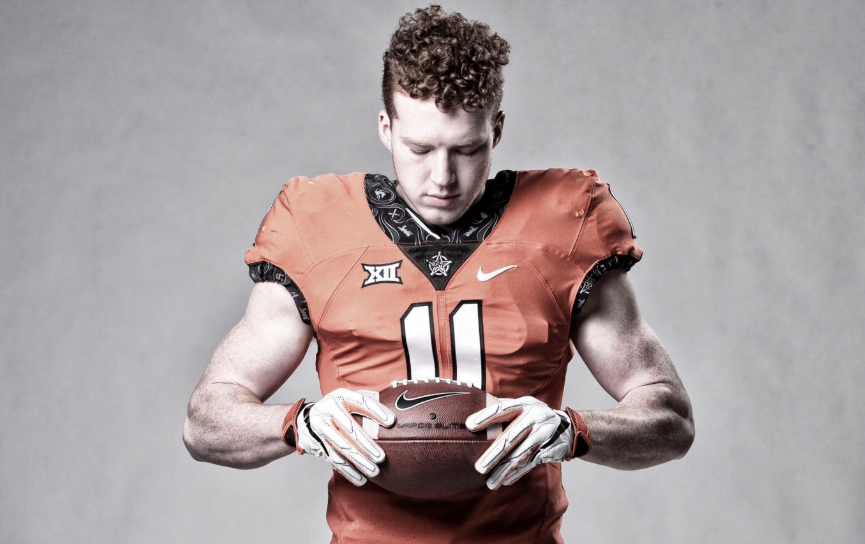 Oklahoma State has landed a commitment from a linebacker prospect who lives behind enemy lines.

Inside linebacker Cole Thompson, a 2020 prospect from Norman, Oklahoma, committed to the Cowboys on Wednesday afternoon. Thompson, a 6-2, 210 pound recruit, chose OSU over Army, Eastern Michigan, and Troy.

Talk about a short and sweet recruitment. OSU made its official offer to Thompson on March 29. On Tuesday, he posted an edit from the OSU athletic department, and on Wednesday, his mind was made up, confirming rumors that Thompson had long held OSU in high regard despite his city of living.

Thompson is the fifth commitment for OSU in 2020 and the second linebacker, joining OKC area standout Brynden Walker.