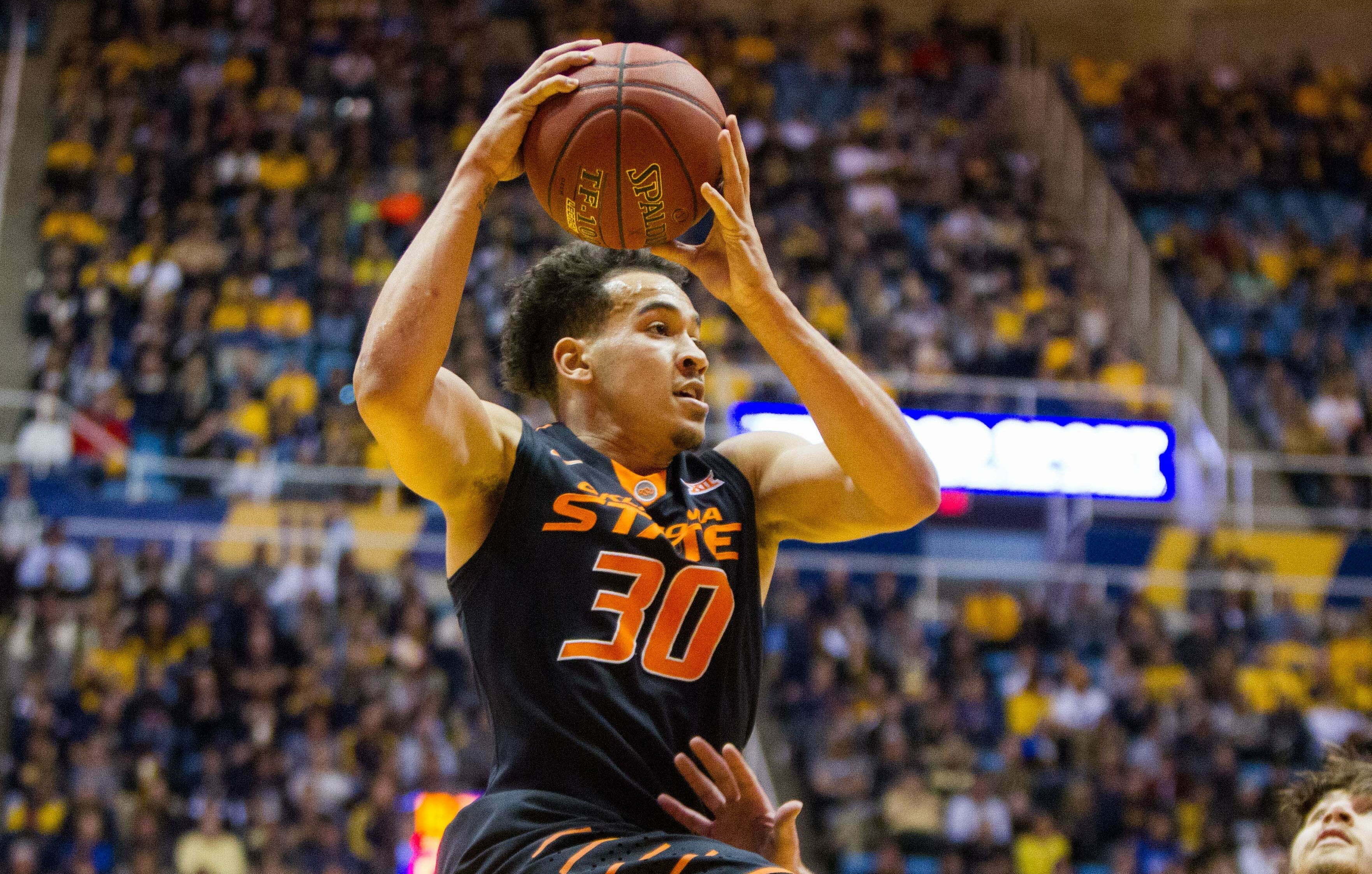 Oklahoma State won a thrilling 82-75 game over West Virginia on Saturday to extend its four-game winning streak to five and nab its third-straight Big 12 road win (Travis Ford had four total in his last three years as coach). Here are the notes I took as Brad Underwood got his first signature win as head man in Stillwater.

• A marker of Eddie Sutton’s teams is that they got better as the year went on. They found a rhythm. The opposite was true of Travis Ford’s. They were at their best in December. The jury is out on Brad Underwood, but it would appear he’s more former than latter so far.

• Jeffrey Carroll was on pace to score 100 points five minutes into the game. He ended with 20 (for the 11th time this year), but still, it was astounding. At this point it feels like he has to do something abnormal the rest of the season to not be first team All-Big 12 (can I get Tony Allen screaming that, please?) • How much different did OSU look early in this game than early in the game against WVU at home? It was like seeing Matthew McConaughey three months after he got done filming Dallas Buyer’s Club.

• I’ve said this repeatedly, but Brandon Averette is an absolute dog. I don’t know what his role is going to be in the future when OSU has 11 guards on the roster, but he’s going to be tough to keep off the court.

• The Nathan Adrian tattoo is amazing. He’s Pittsnogle but without the sleeves, not as good and not as iconic.

• The set plays on the press break to get Jawun the ball were nice (OSU should run more of them) … also going away from Jawun on offense early on when WVU was keying on him was both smart and unselfish by No. 1. Speaking of Evans, I am standing in my shed giving him an ovation for going 6-7 from the field and dishing out five assists. He can be the most effective player on the floor only shooting seven times in a game, and OSU is probably better for it. Terrific performance by him.

• Mitchell Solomon has been playing so hard and staying in his lane. Not sure if it’s coaching or self-discipline but good for him. He had five points, six boards and four assists. Four assists! Solomon!

• Against WVU you either have to not turn it over or you have to shoot out of your mind. OSU turned it over 27 percent of the time on Saturday (this is bad!) but it did shoot it out of its mind. The Pokes were 8-13 from 3-point range and 24-27 from the free throw line. Impossible numbers on the road in the Big 12.

• West Virginia did not have a starter in double figures.

• OSU grabbed 47 percent of offensive rebounds. I know it didn’t miss that many shots, but that is a ridiculous number.

• Jawun Evans has had more good passes to Mitchell Solomon this year than Mason Rudolph has had to James Washington in his entire career.

• Brad Underwood said Solomon might be the best defensive player on this team? Did I hear that correctly from one of the broadcasters?

• Dillard is a real menace on the defensive end. I love that guy. He has a chance to be All-Big 12 Defense later on in his career. Can I get Tony Allen screaming that, too? • OSU switched to a zone in the second half, and West Virginia shot 36 percent from the field because of it.

• Yo, remember this game? • Miles Simon was right about OSU not being able to get into its half-court offense because nobody can against West Virginia and being wise to just try and attack the bucket early and often in the shot clock.

• I love how Underwood works the refs. He talks to ’em like they’re his best buds then he kills ’em when he needs to. A professional.

• I think we all know where the WVU player landed on Jawun, guys.

This coast to coast move by Jawun was pretty amazing. ? ? pic.twitter.com/RQvjtu0NLx

• Huggy Bear going down was the best part of the game for me. The Dillard dunk, I’ve seen that 10 times from Markel. I’ve never seen a man the size of Bob Huggins act like he was just shot in the achilles by a sniper from the top of his own gym. What a moment.

This made me laugh. When you want to be just like your head coach. pic.twitter.com/Bx6iVHjlyW

• The win stopped West Virginia’s five-game winning streak over Oklahoma State. The Cowboys had lost in their last two trips to Morgantown. The Mountaineers still hold a 6-5 edge in the overall series.

• OSU’s five true road wins are tied with Kansas for the most by any Big 12 team this season. Whoooo boy.

• The Cowboys extended their winning streak to five games, which is the team’s longest in Big 12 play since a seven-game streak in Big 12 play in 2012-13.

• Looping this until I go to bed.