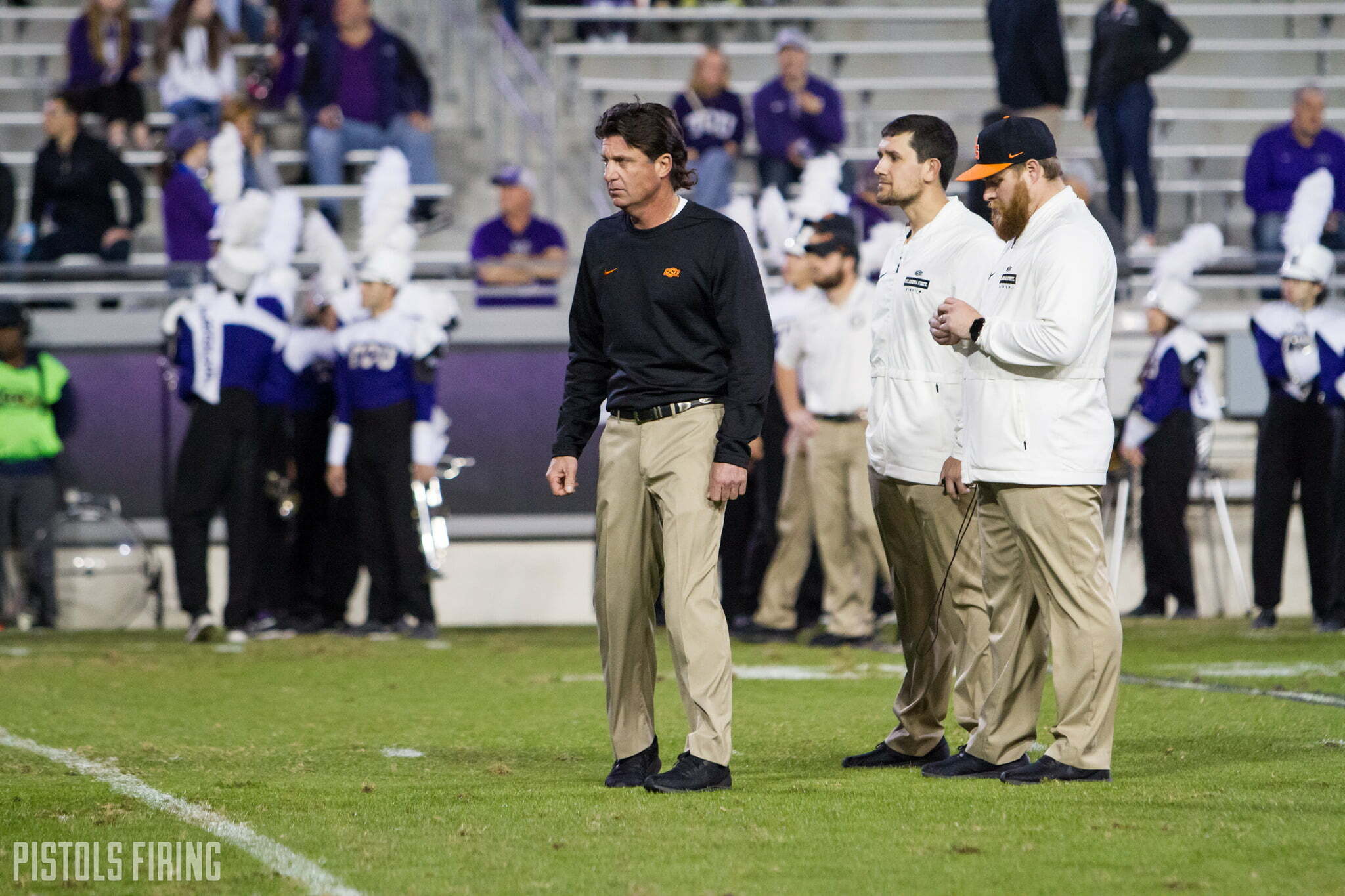 We spoke with Mike Gundy after his 31-24 season-ending loss to TCU on Saturday evening in Ft. Worth. He was … pretty frustrated just like everyone else.

• “Well that was disappointing as a coach. Disappointing to watch. We waited until the fourth quarter to play on offense. It was essentially just a game of mistakes for us. One right after another.”

• Everything at halftime was “ok.” Noted defensive TD, dropped INT and roughing the punter as the things that lost it for them in the second half.

• Noted Bundage’s facemask penalty as something OSU can’t be doing.

• “We throw that ball to Chuba a million times.”

• Played right in their hand, giving them free points. Which is what they needed (to try to play good defense and allow us to make mistakes.

• Told the team, “Good thing you get to play another game because I sure would have hated to end like this.”

• Wanted Stoner to catch the punt right before the last drive.

• Reiterated that OSU was fine at halftime. Then they went out and handed TCU a TD. Kept running their defense out on the field because they couldn’t string first downs together.

• “We just kept putting them out there. Eventually they’re going to make a play, and that’s what they did.”

• It’s not all players. Coaches and players. “I didn’t think our plan on offense was very good … after looking at it.”

• Was asked if this is the most “consternating” season. “I don’t know what that means. Bizarre? Yeah, 100 percent. It’s crazy.” Doesn’t push through things if they don’t go well early. have to develop a toughness as an organization and “get it back where it used to be.”

• “If there’s one bright spot [Hockett] was awesome. Kept us in the game.”

• Still struggling with on-field player leadership. Didn’t put it all on the players, though. “I’m tied in to the big picture.”

• “We just have to work on fundamentals.”

• Didn’t look like TC was throwing it very well because he didn’t have his feet set for the first half. “We’re not good enough to overcome (a QB playing poorly for a half).”

• Coaches all out recruiting over the next week. Most of them will stay in DFW.

• Gundy will work Sunday and Monday and then get out and recruit himself.

• Once they qualified for a bowl, he was excited about the work. “We have so many guys that need a lot of work.” Still stressed importance of this game, “but they were hungrier than we were. They wanted it more than us.” Glad for bowl prep, though.

• Eight of 14 bowl practices will be about fixing their own stuff. “Basic fundamentals.” Chuba and LD need reps. 76 needs work. Same thing on defense with the young guys.

• On Justice’s bowl status: “We’ll find out probably soon .. I’m going to guess within three or four days, where he’s at. It’d be nice if we had him.”

• Recruiting this December will look a lot like it did in 2017 with the early signing period.

• On J.D.: “It’s a tough loss for us. He wanted to move on somewhere for personal reasons, and I hate that for our team. It’s a young man who feels like he needs to go somewhere to better his opportunities. That’s part of the world we live in. It was a sudden deal.”