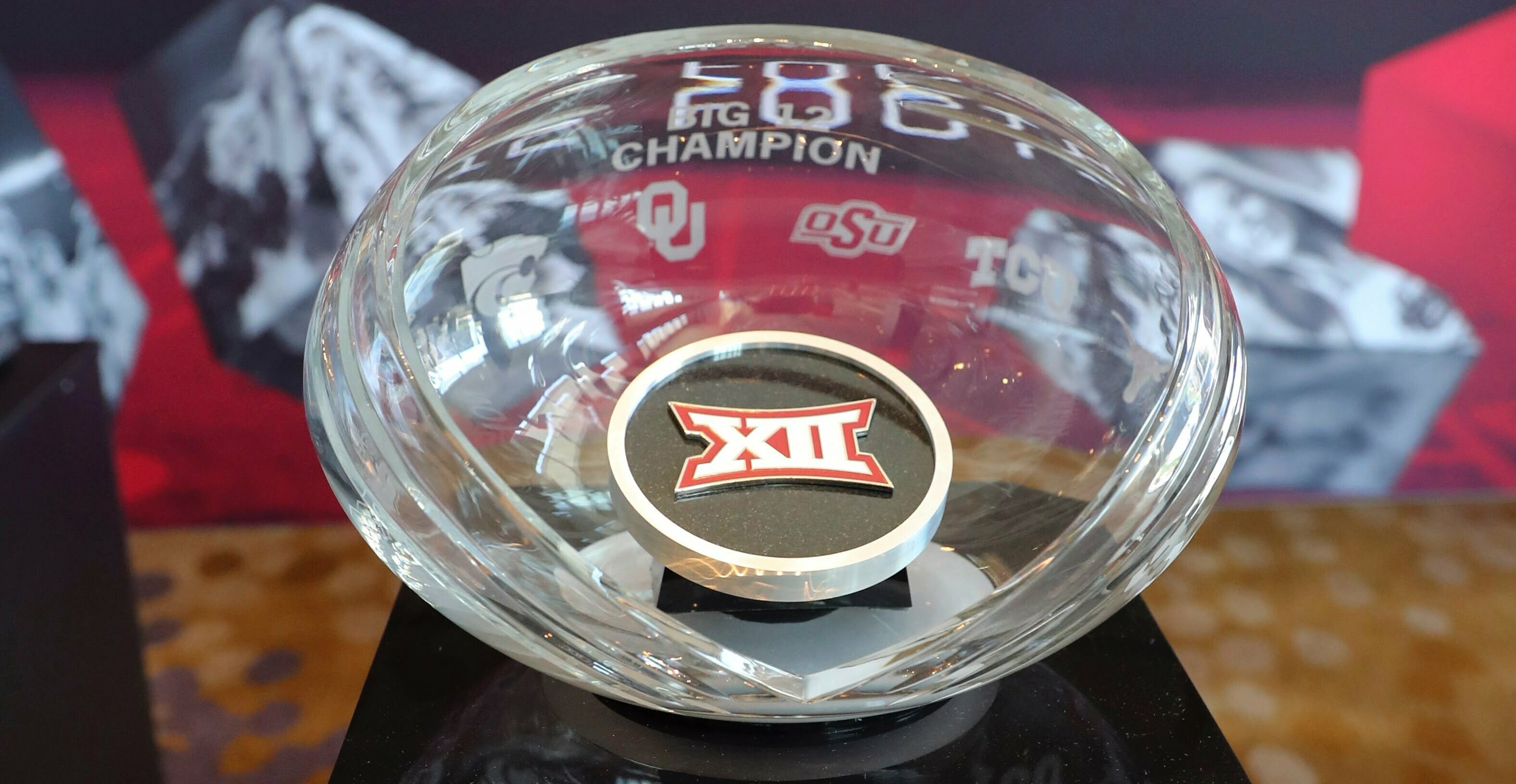 For Oklahoma State, a win on Saturday is the validation of a program. Anybody can win one conference championship. Heck, in 2001 Maryland and Illinois won conference titles (in the same year!) But it takes a program to win two of the four you’ve played for in the last six years. It is one thing to win one, “a one-off” OU fans likely call it, with a NFL QB on your home turf when everything goes your way. That is cause for celebration.

But to do it in your rival’s house as a 10-point underdog with a second-straight Sugar Bowl berth on the line in front of their Heisman-hoping duo? That changes the entire trajectory of your football program. You are no longer the little brother. You’re both adults now. You get to clink drinks and make fun of Iowa State together.

OU fans like to trumpet their overwhelming success in college football against Oklahoma State as if it is an accomplishment otherwise unknown by the rest of the free world. Oklahoma State has won 51 percent of its football games historically. It played in a junior high stadium until eight years ago. It literally cared more about its wrestling program than its football program for decades. OU’s arrogance in this sphere is like the New York Times championing itself as a better journalistic outlet than Politico. I would hope so, you only had a 200-year head start.

But this is not 1950 or 1981 or 2005. Oklahoma State has been a top 10 Power 5 program over the last eight years, and we are now an Oklahoma State win or two from Bedlam turning itself inside out and becoming one of the great rivalry games of the season — why does it seem like only those in the Big 12 circle care about the fact that this thing has been for the conference crown in four of the last six seasons?

“I don’t think anybody … would argue that over the last eight years … that we’ve become a year-in-year-out top 20 program,” said Mike Gundy on Monday. “A long time ago, when we started this, my goal was to put a quality team on the field so that people that loved Oklahoma State football knew every Saturday we had a chance to win.”

OSU has had a chance to win five of the last six Bedlams (save last year). In 2010, Justin Blackmon dragged his bad wheel around Boone’s house before Landry and Co. finally put them away late (there were 34 points scored in the final eight minutes of that game). In 2011, Gundy put a bullet in the Bedlam gorilla he’d had on his back (RIP Harambe).

In 2012, a Blake Bell TD with four seconds (!) left in regulation sent the game to OT. OU led for zero seconds of regulation that year before taking the game in overtime 51-48. In 2013, OU again needed a miracle TD with under 30 seconds left as Bell transformed himself into a Bart Starr-Tom Brady hybrid and crushed OSU’s Big 12 title dreams.

In 2014, Tyreek Hill birthed a million “Punt, Bob, Punt” memes with his effortless gallop into bar stories that will be told until college football is no more. Last year was a one off for this rivalry’s recent history. Joe Mixon and Samaje Perine punished a tender OSU defense over and over and Stoops rode his horses on Bullet’s turf to another Big 12 championship.

“I think what’s encouraging for the state of Oklahoma is that for a considerable number of times over the last six years, these two schools have gotten together to decide a conference championship,” said Gundy. “I don’t think we can ask for anything else.”

This year? Well we have no idea what will happen, but if the last half decade is any indication, there will not be enough hyperbole in these fingers of mine to describe the things that take place at Owen Field on Saturday.

“This thing has a life of its own,” Glenn Spencer said on Monday. “They’re a different beast for sure.” “It’s for the Big 12 Championship right?” added Bob Stoops “They’re a top ten team. If they need more than that [to get fired up] I need to check the intellect of some of these guys.”

Getting fired up will not be a problem, Bob. Not for your squad. Not for Gundy’s. The question for me is which team can close. Does Oklahoma State have the horses to take a conference title in Norman? Or is it trying, as Mike Gundy said a few weeks ago, to win “the Kentucky Derby with a mule.” Saturday will be telling.

Carson and I talked to our dads on the podcast on Friday. They spoke as men who have seen unspeakable things on a football field over the last 60 years. How could they not? OSU has eight wins since 1970. That is slowly changing though. The tide is turning. Bedlam as an inevitability tilting south rather than north every year is the last domino that needs to fall. Gundy has already toppled the rest of them. Winning in Norman to take the conference crown will get the job done.

“I do get satisfaction in knowing that we have changed the thought process and the mental approach or the outlook for the Oklahoma State fans that have watched us for years and years,” said Gundy.

What matters is that Mike Gundy has a chance to re-write the past and lay the foundation for another decade of dominance in Stillwater. For future Big 12 titles. What matters is that for all the flames Dede Westbrook has been tossing this week, he might not even be the best player at his position on the field on Saturday.

What matters is Mike Gundy getting low in an OU locker room after the game as Vincent Taylor works on his option pitches to DeQuinton Osborne with the Big 12 trophy.

What matters is that despite all the noise of the College Football Playoff and how little attention will be paid to what could be one of the great Bedlams of all time, the little worlds Mike Gundy and Bob Stoops have constructed will revolve around Norman for four hours on Saturday afternoon in the rain and the cold.

What matters is that a little plot of land just east of I-35 will be the epicenter of the state on December 3, and what happens there will set into motion a thousand different decisions and ideas and trajectories over the next five years.

What matters is that come the fourth quarter on Saturday with Rudolph staring at a 10-point deficit with the ball on his own 40 and 14 minutes left, he will find himself scraping the well of his own mind where few have ever understood the kind of goods it takes to swipe a win at Owen Field against the Crimson and Cream. What matters is that he will know in that moment what that’s like.

This is a big Bedlam for innumerable reasons, but chief among them is what an OSU win in Norman could do for the future of both programs. What matters is that since the turn of the century, OSU has only won games in Norman when it had nothing to lose.

So yes, this is just a football game. Yes, there are more important things. Yes, life will go on no matter which teams wins. But for 60 minutes of history on Saturday with the whole state watching, I can promise you that nothing else matters.