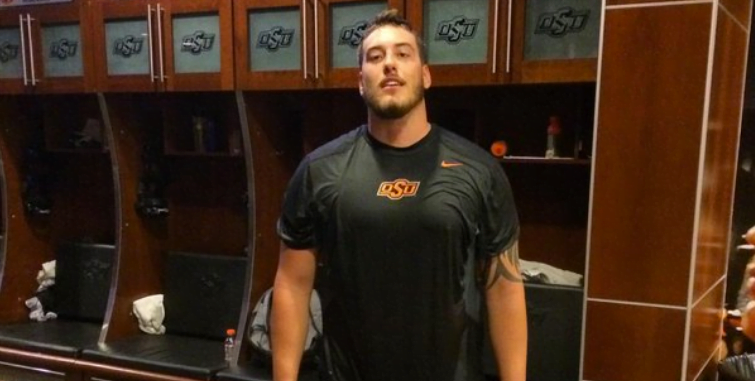 Redshirt junior offensive lineman Brandon Pertile is graduating from Oklahoma State and will seek a transfer, he announced on twitter Sunday.

“After talking with Coach Gundy, I have decided to grad-transfer from Oklahoma State to play my fifth year elsewhere while pursuing a law degree,” he said on twitter. “I thank everyone who has supported me and I will always be a cowboy!”

2017 will bring lots of changes.. Blessed to have been a Cowboy! pic.twitter.com/QW2I6Wxsb6

Pertile was used sparingly in his time at OSU as a reserve offensive lineman. After transferring from Mesa Community College and spending the last 2 years in Stillwater, he was squarely behind Zach Crabtree at right tackle, one of OSU’s most consistent lineman over the past few years. Now he’ll get a chance to play out his final year of eligibility elsewhere and likely where he can find more playing time in his final season.