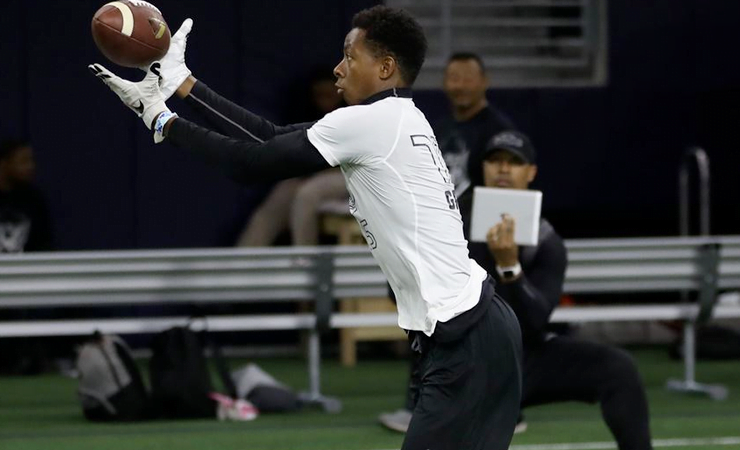 As the 2019 dust settles, with Deondrick Glass in the fold and the class all but solidified, the OSU coaching staff is recalibrating its board and making new offers left and right as it marches right along towards filling out the 2020 class.

Over the last few days, three four-star recruits, one three-star and one unranked-but-rising prospect have earned new offers. Here’s a rundown of each player.

Graham is a Class of 2020 prospect from Keller Central High School in Keller, Texas. He’s a top-200 national talent who plays receiver and cornerback; it’s believed he’s being targeted by OSU to fill a spot at corner.

At 6-foot, 172 pounds, Graham has already reeled in 20+ offers from the likes of LSU, Baylor, Notre Dame, Arkansas, OU and just about every other major program within the region. It may come down to what program offers the position he wants to play at the next level, be it receiver or corner. As a junior last season he was first-team all-district as a receiver, and second-team all-district as a corner.

My vote: Tailor the offense around this dude in the wildcat formation and just let him and Chuba run wild.

Covington is also a four-star prospect slotted as a safety. He’s out of Scottsdale, Arizona, and plays for Saguaro High School.

Covington is a 6-2, 180-pound prospect who, like Graham, is in the 2020 classification. He has offers from Michigan State, Nebraska, Oregon and Arizona, among others, but seems to be on his way to a big spring during the eval period. He’s a full grown man, and he apparently has a younger brother who is a rising star. Get the two-for-one special!

this is how they look in the SEC. Jacobe Covington. (SagU) 2020 pic.twitter.com/jVFvCQyBRm

Unranked but not unnoticed, Bishop Dunne’s Landon Hullaby is emerging as a can’t-miss talent out of the Dallas-area football factory. He’s listed at 5-11, 170 as a running back, but he’s believed to be a target for OSU at cornerback (he tweeted cornerbacks coach Tim Duffie in announcing his offer).

2022 Bishop Dunne ATH Landon Hullaby (@_Lhull22_) comes away with an easy score. Hullaby is making a name for himself today, definitely a young one to watch.

Ah, yes, now this is an offer that has OSU written all over it. Kobie McKinzie is a 2022 prospect out of Lubbock who has offers from Illinois State, Incarnate Word and now Oklahoma State.

It’s clear the OSU staff liked what they saw in their early eval here, and they’re taking a gamble on getting in at the ground floor in hopes that he develops into a star.

I really like this offer. It’s his first at the FBS level, and considering he’s got the size — he’s a rising sophomore who already stands at 6-2, 225 — this is a smart bet that could pay off down the line for the staff.

The teammate of Saguaro High School star Jacobe Covington, offensive tackle Bram Walden, was also offered by the OSU staff this week, his first of the new year but his fourth overall. Michigan offered in December, and Arizona State and Memphis offered earlier in 2018.

Walden is a big offensive lineman who plays both ways at Saguaro. But his nimble feet and mauling style at the line makes him a natural fit for either tackle spot on offense, or even at the guard position.

Last but not last, the latest offer of the week-that-was went to four-star defensive end Princely Umanmielen. (Larry Reece is privately hoping Gundy doesn’t land this kid so he doesn’t have to try and pronounce that.)

Umanmielen is a 6-4, 240-pound recruit from Manor High School in Texas and he has 10 offers, including from OU, Baylor, Arkansas, Arizona and others. He was a first-team all-district selection at defensive end as a junior.