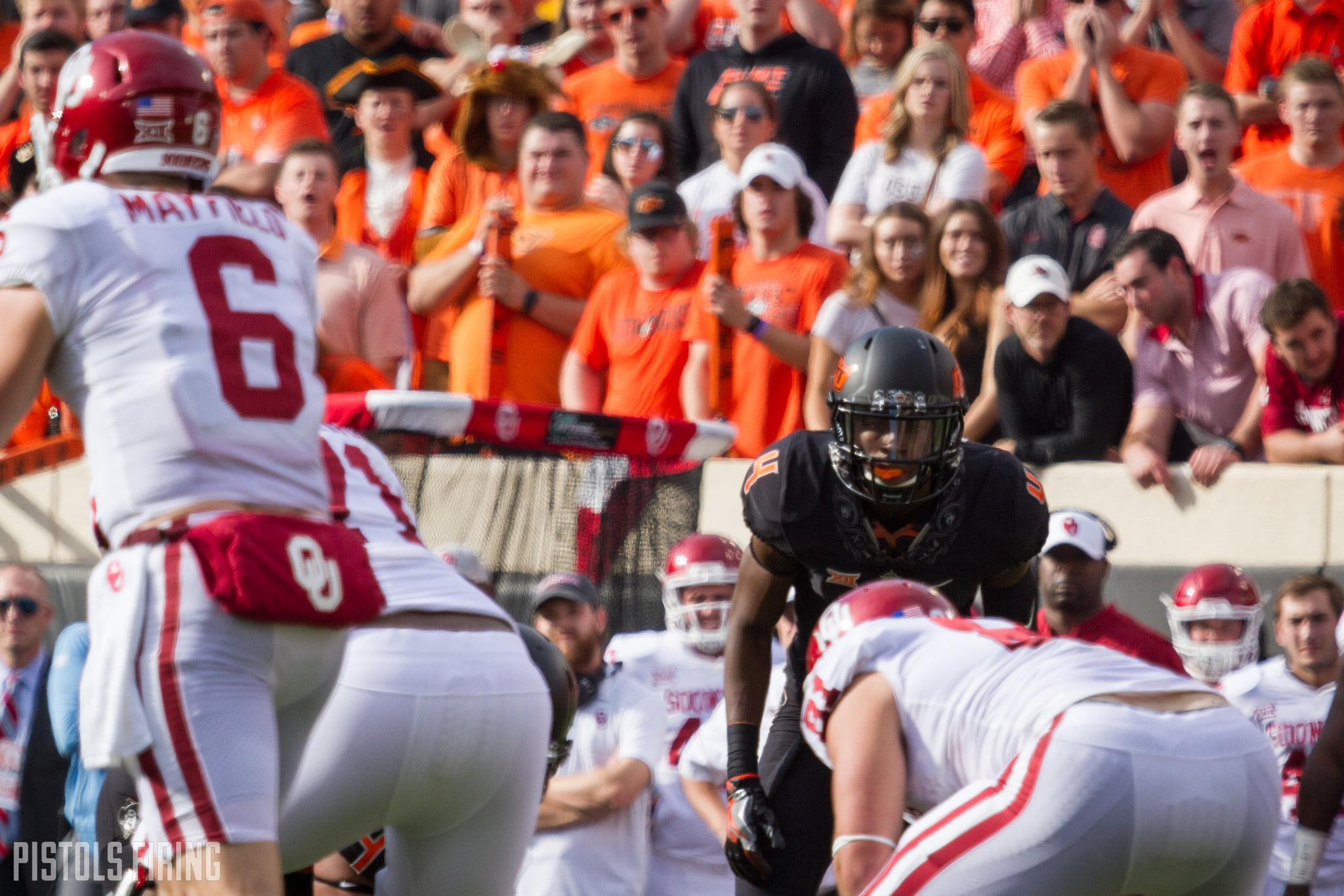 There is nothing in writing that explicitly states OU must remain in the same conference as OSU, as we’ve obviously found over the last week. But OU’s decision to accept an SEC invite (and to leave OSU behind in the crumbling Big 12) is no doubt fraught with political implications, and we’re seeing that now, too.

Thirty-four legislators from the state of Oklahoma on Wednesday sent a letter to OU president Joseph Harroz, The Athletic’s Jason Kersey reported this weekend. Here’s Kersey with the deets on that as OU (and Texas) accepted invites to the SEC.

Thirty-four Oklahoma legislators sent a letter Wednesday to Harroz expressing disappointment in the move, writing, in part, “You have chosen to advance the interests of the University of Texas as a partner instead of working collaboratively with your in-state partner at Oklahoma State University.”

Dagger sentence there by delivering the “chosen to advance the interests of the University of Texas as a partner” bit. It’s a relevant bit, too, as sources I’ve spoken with believe (and common sense dictates) OU is attached to Texas as part of this as opposed to OU doing this independently (even if OU is likely to benefit substantially from it).

OSU president Kayse Shrum directly called OU out earlier in the process well before the legislators were involved. In a scathing statement, she ripped OU’s lack of transparency and engagement. Then, this last week, OU more or less admitted it could’ve been handled better.

“Last week’s timing was not of our choosing,” OU athletic director Joe Castiglione said Friday. “We would have preferred to have an opportunity to provide calls or contacts to many of our colleagues throughout this conference, throughout this state and elsewhere. … There are relationships that are very meaningful to me. Our peers matter a great deal to not only me but to our institution. Even though our path has changed, those relationships are important.”

“This was not a decision any of us made lightly,” Castiglione added. “But we’re charged with making choices that are in the best interests of our institution, our programs, and oftentimes those are very complicated. And I take that responsibility very seriously.”

It’s unlikely the letter from 34 legislators is anything more than a letter from 34 legislators. A (paper) slap on the wrist. Ultimately, it’s probably just posturing and constituent-pleasing. But it underscores the reality OU faces here that — while fans of the school and SEC truthers no doubt believe the move will benefit OU and the league long-term — it will also undoubtedly face opposition from within the state that could make its eventual exit from the Big 12 a rather messy one.