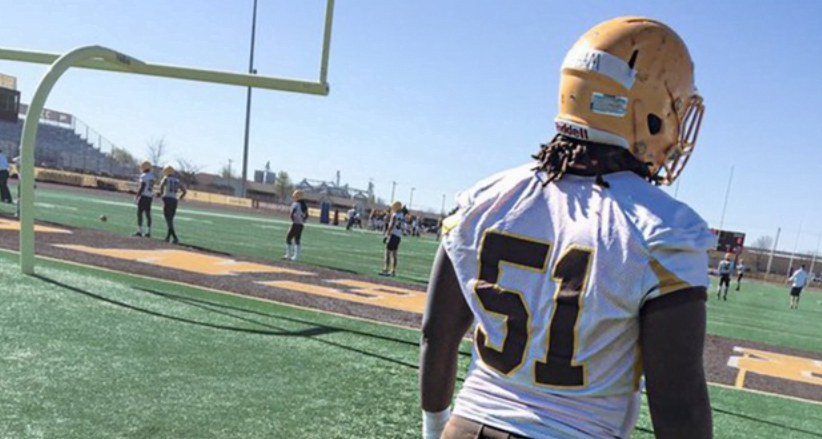 The Cowboys have added an impressive 20th piece to the 2017 recruiting class on Monday with the commitment of junior college offensive tackle Arlington Hambright of Garden City Community College.

Man God has been amazing to me and my family ??but blessed to say I have committed to Oklahoma St ?⚫️?⚫️ pic.twitter.com/IAbYBdWJ4L

Hambright is a 6-foot-5, 305-pound mauler who is the cornerstone of GCCC, who holds a 10-0 record and will play in the NJCAA National Championship.

He chose OSU over other offers that included East Carolina, Memphis, N.C. State, Minnesota, and a slew of others. He originally committed to Toledo earlier in the recruitment process, but de-committed in the summer. He is a 2017 prospect who played both ways for GCCC, but is expected to play offensive tackle for OSU. He will be eligible to play two years starting next season.