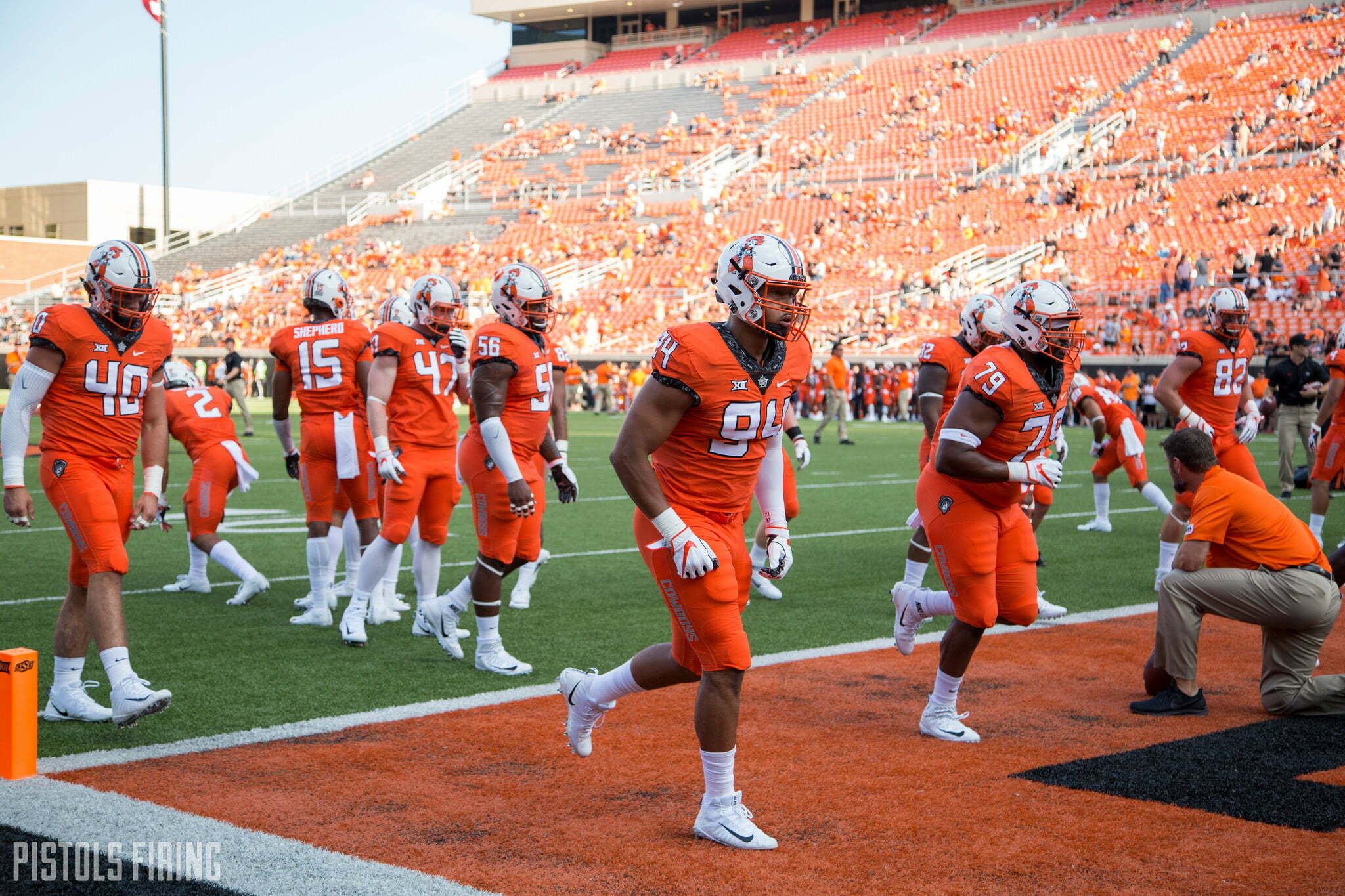 Sound the alarms. Arkansas, one of the Power 5 opponents we’ve most wanted to see Oklahoma State face will come to Stillwater in 2024. OSU will make the return trip to Fayetteville in 2027.

The matchup was revealed in a pretty humorous Twitter exchange on Thursday afternoon. Here’s a look at how it went down. 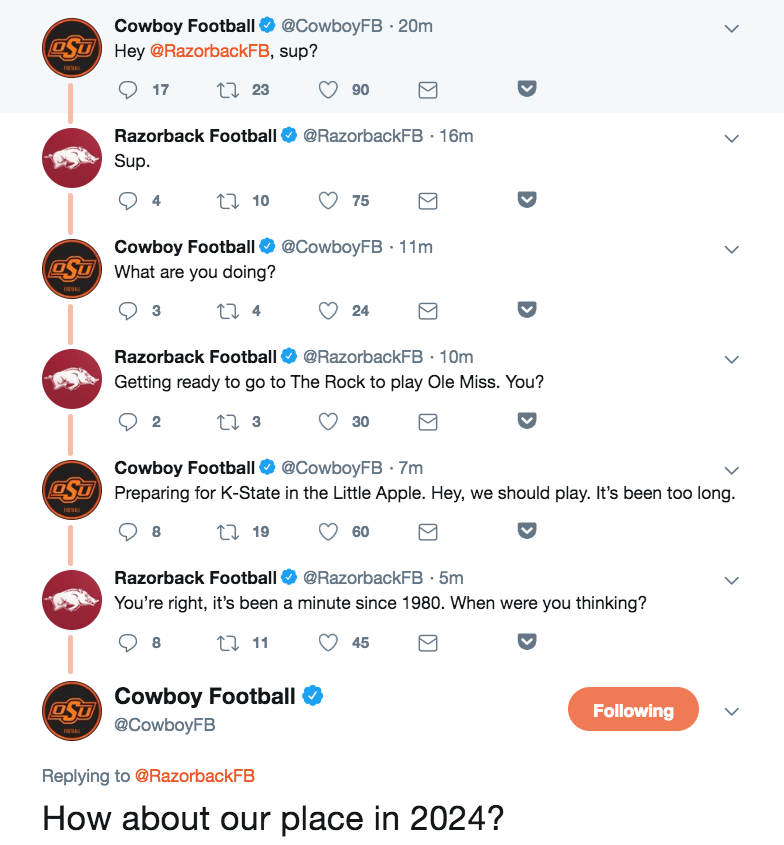 This is great news for both fan bases, though. There are just 180 miles between the two schools and you get a Power 5 matchup to boot. Here’s a look at Oklahoma State’s future non-conference schedule.

Lastly, if you thought we were getting through this entire post without a reference to whoever the fast guy after Chuba graduates is doing this against the Razorbacks, you were sorely mistaken.