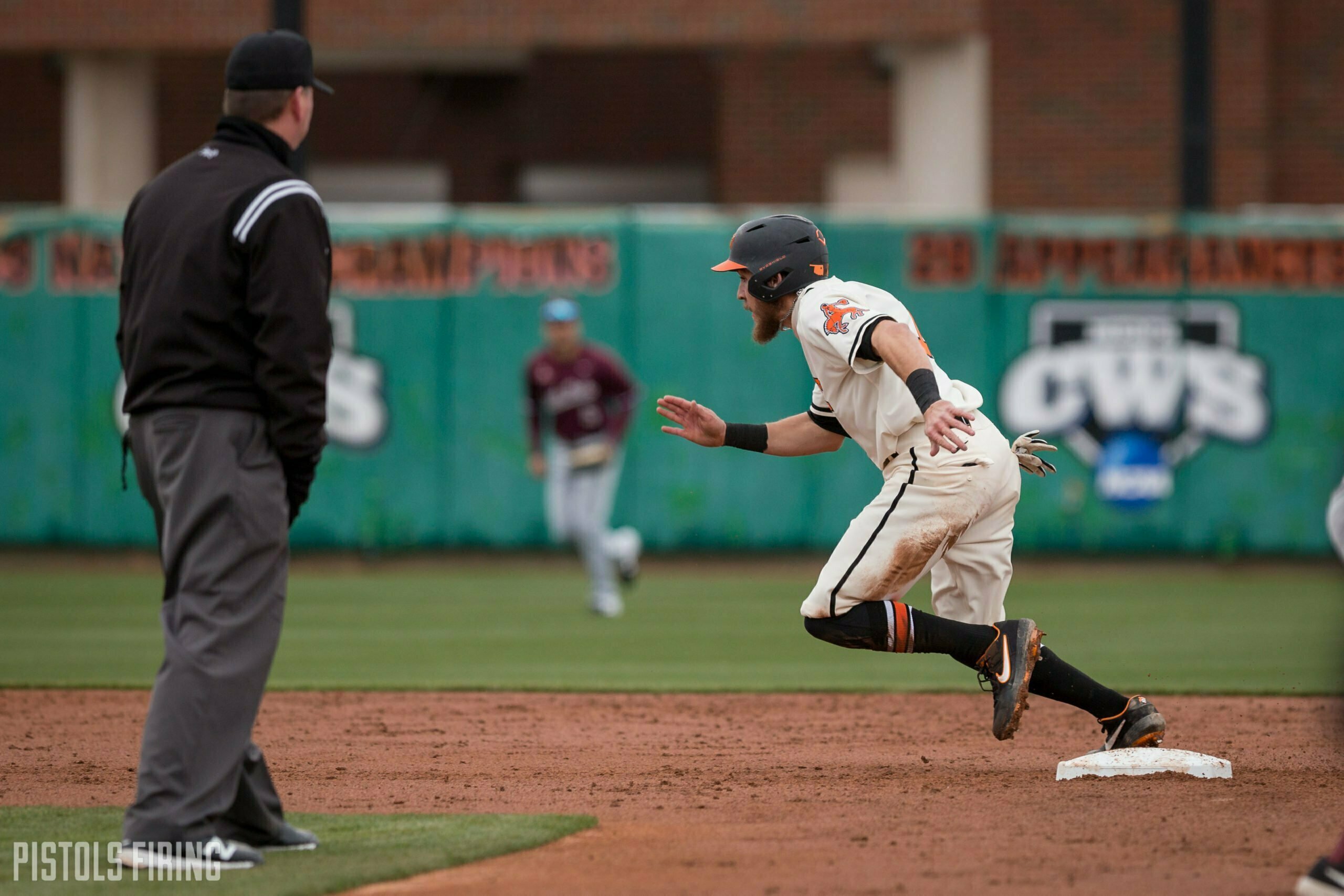 STILLWATER — It didn’t take long Wednesday afternoon for the Cowboys to lock up their sixth straight win.

Oklahoma State thumped Little Rock 12-0 in Allie P. Reynolds Stadium in a game that didn’t even last two hours thanks to a seventh-inning run rule. The run rule is in place on travel days so the visiting team can get home in a timely fashion.

“I started running off third, coming in to get ready to hit, but then I looked out and everybody was out there high-fiving,” OSU third baseman Jake Thompson said. “So, I didn’t get to celebrate, but it was fun. We got the win.”

The Cowboys put up a five-piece in the first frame. After back-to-back walks to start the bottom of the first, Thompson singled through the right side, scoring Noah Sifrit. Then Alix Garcia walked to load the bases.

Max Hewitt grounded out to second, but in doing so scored Kaden Polcovich. After hitting his first home run Tuesday, Carson McCusker then doubled to right-center scoring Thompson and Garcia. Then Caeden Trenkle hit a single, scoring McCusker.

That was the end of Little Rock starting pitcher Austin Smith’s day. Smith made it through a third of an inning where he gave up five runs on three hits and walked three. Not good for the ole ERA.

Thompson finished the day 3-for-4 at the plate with five RBIs and a run scored. In his first year with the Cowboys, Thompson is hitting .333. This is is fourth collegiate stop after spending time with South Dakota State, Palomar Community College and Kentucky.

It was also a nice confidence-building game for OSU shortstop Hueston Morrill. Morrill entered the day hitting .115, but he went 3-for-3 with two runs scored. He was subbed out after his hit in the sixth inning but said it was moreso precautionary after stepping on first base funnily.

“I know it’s Little Rock, but for me to go out there and feel confident today really helped me out,” Morrill said.

C.J. Varela got the start on the mound for the Cowboys and was dominant.

He threw all seven innings allowing only one hit and no runs and issuing no walks. He did hit a batter in the third inning.

“C.J.’s been a reliable kid inside this program since the day he got here,” OSU coach Josh Holliday said. “He’s about a low-maintenance a person, always does the right thing, awesome student. When it comes to baseball, he’s pitched in countless roles, whether it’s middle relief, long relief, for a period of time he closed games and he’s pitched some really good mid-week starts for us. I think what he brings to the table is he’s a very poised kid. He’s got a really good change up. He’s got a improved slider now. A pretty level-headed kid that knows how to go out and compete.”

The Cowboys are 7-2 and have outscored opponents 59-15 during this six-game winning streak.

The Cowboys play in the Frisco College Baseball Classic this weekend against UCLA (Friday), Illinois (Saturday) and Texas A&M (Sunday).